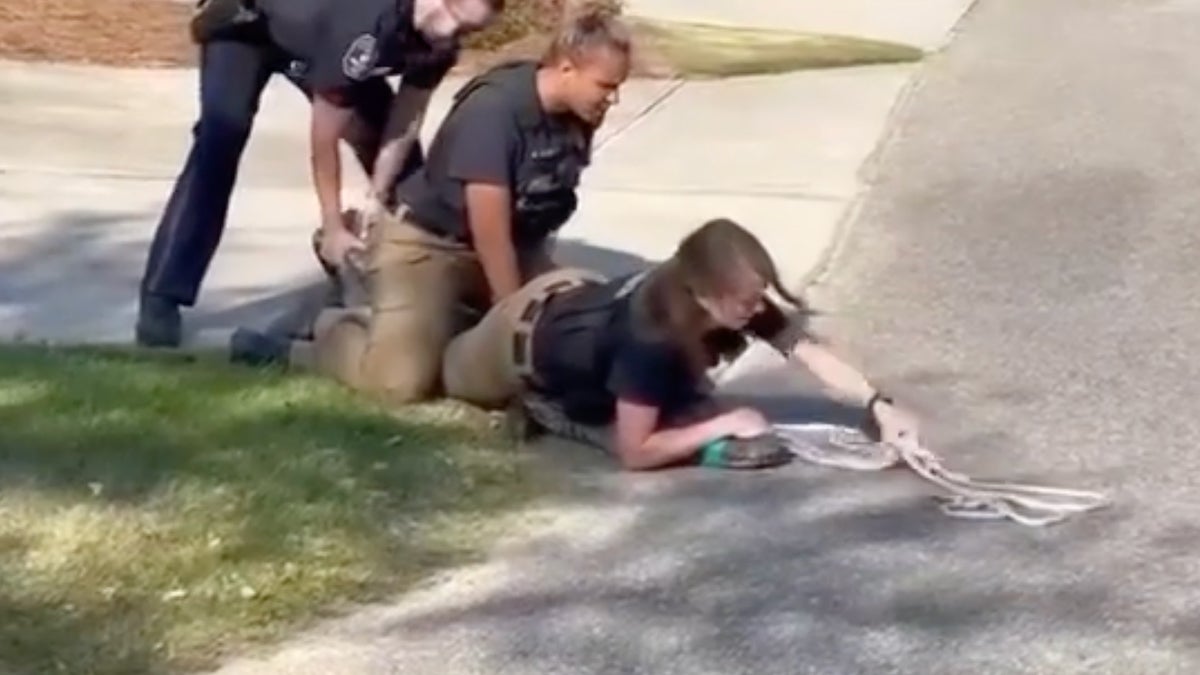 An alligator that strolled towards the grounds of Daniel Island School in Charleston, South Carolina, was safely removed by animal control officers, but not before providing a show for students and anyone else watching on Facebook, where its capture was caught on camera.

Neighbors of the school alerted police after they saw the 6-foot gator walking through yards and streets before approaching the school, which educates students from kindergarten through 8th grade. Gator sightings are fairly common in the coastal city, according to Charleston’s Animal Control Supervisor, Courtney Bayles, who says her department responds to alligator calls almost daily during the spring, which is mating season for the reptiles. “Males go looking for females, moving to different ponds,” Bayles told CNN. “They get confused. We’ve built up neighborhoods all around their environment, their habitat.”

The capture—which was orchestrated by Bayles and a colleague with some help from a policeman—looks fairly routine, but it’s not without a few hair-raising moments. My favorite: After snaring the gator, both animal control officers appear to be talking to the police officer, who has retreated safely out of the frame. There’s no sound on the video, but there’s no mistaking the body language as one of the women throws up a hand and then points at the gator, as if to say, “Can you at least hold the rope, dude, or would you rather jump on his back?” He hustles over to hold the rope.

After subduing the alligator together, the officers were able to load it into a pickup truck and relocate it to a pond away from the school—but not before the feisty reptile thrashed about and nearly freed itself as they worked to tape its snout shut. That led one Facebook commenter to quip, “Well, what do you know! Duct tape really does fix everything!”

South Carolina is home to approximately 100,000 gators, according to the South Carolina Department of Natural Resources, which administers an annual hunting season in four management units, awarding gator tags by lottery. Only gators 4 feet or greater in length can be taken, and they must be secured at boatside or on shore before being dispatched with a handgun, bangstick, knife, or hatchet to sever the spine.