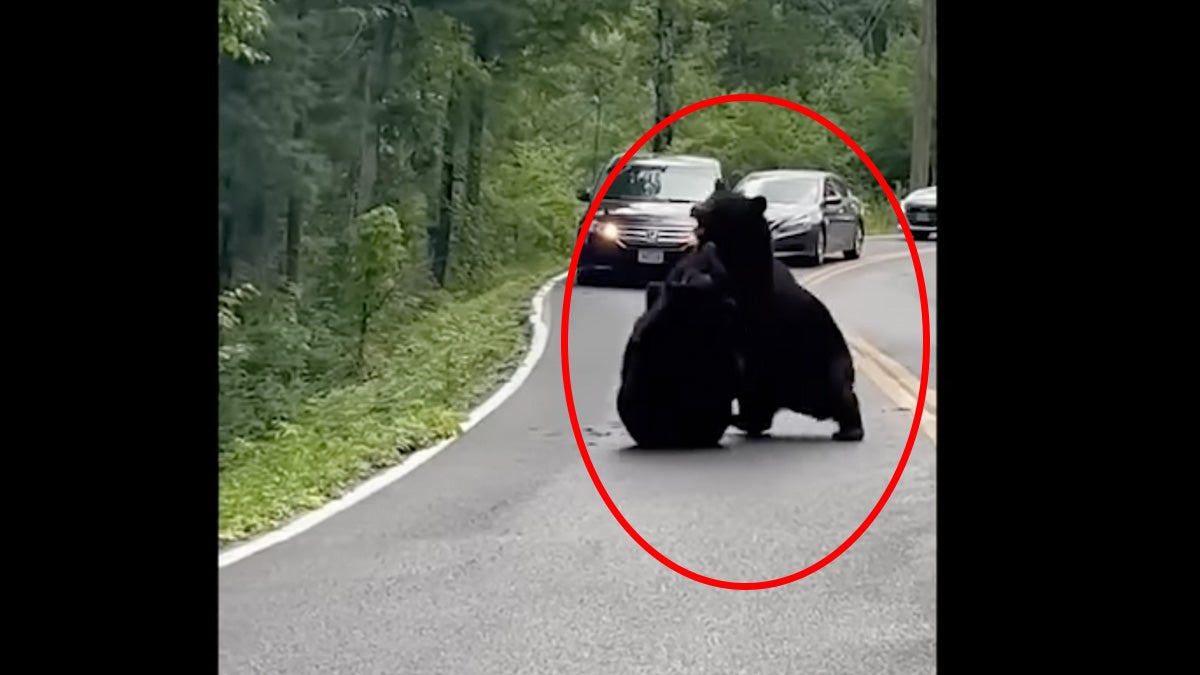 Two male black bears recently squared off on a road in Tennessee. The bruins blocked traffic while they battled, which allowed one of the onlookers to record a video of the incident. The encounter took place on August 4 near Gatlinburg. Tom Haviland shared his video of the battle with ViralHog. “We were driving up the mountain and stumbled across two male bears…fighting,” he said.

The video shows the bears going at it for well over a minute. The footage begins with one of the bears pinning the other one down in the middle of the road. That bear appears to keep the upper hand for the rest of the fight, which involves a ton of growling and clawing. The dominant bear eventually forces the other one off of the road, just to the side of Haviland’s car. See it for yourself below.

Male black bears are known to fight over breeding rights with females and in disputes over food sources. It’s not immediately clear what prompted the fight between the two bears in Tennessee. “Bears do not fight with each other unless it’s absolutely necessary,” explains Bearsmart.com. “Fight risks injury, and that is not the bear’s objective. It’s all about posturing.”