In back-to-back excursions, magnet fishers pulled what look like two small bombs out of a wetland area in Yorkshire 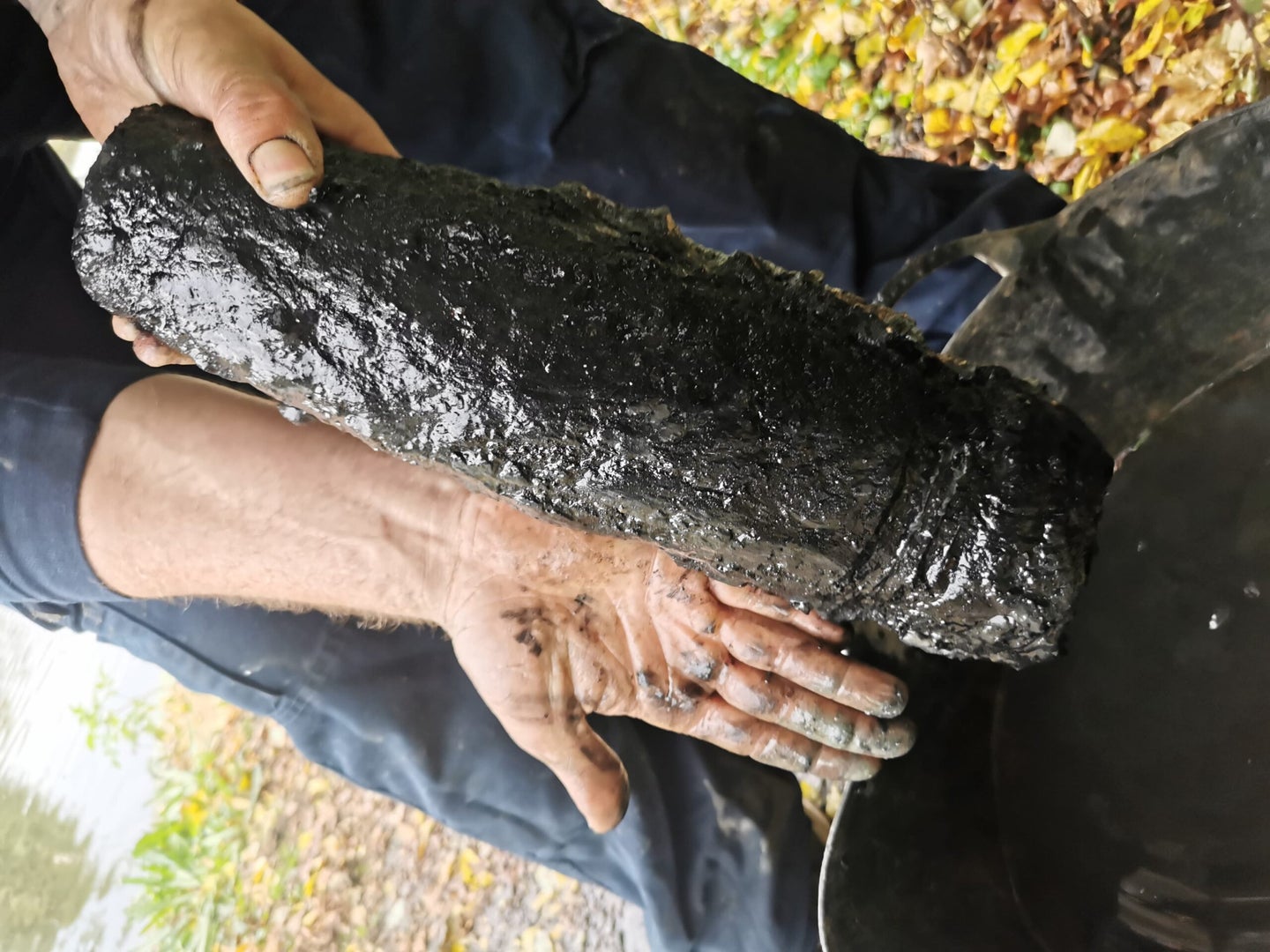 The devices were roughly 10 by 20 inches. Kerry Evans
SHARE

When you’re fishing, never know what you might find at the end of your line. Well, that saying is especially true for magnet fishing—a hobby that involves attaching a heavy-duty magnet to the end of a rope and throwing it into bodies of water to pull up metal objects.

A magnet fishing group in Yorkshire, England made quite the find this weekend. On Sunday, October 2, members of the “Yorkshire Magneteers,” a local magnet fishing group, decided to try their luck at the wetlands of Calder Park in Wakefield. According to Yorkshire Live, magnet fisherman David Broadbent noticed something that looked like a large pipe in the water around 10 a.m.

“We were ready to leave the park due to how cold it was, but Broadbent wanted a throw. He noticed something in the water like a big pipe [and] wanted to get it,” fellow magnet fisher Kerry Evans told Yorkshire Live, noting that the object was about 20 inches long and 10 inches wide. It was found near a local pub. “[Broadbent] then realized it was a suspected unexploded device. He was very proud. We were all shocked—it was the last place we thought of finding one.”

Broadbent immediately called the West Yorkshire Police, who sent seven police cars to the scene of the find. They briefly cordoned off the park while they searched the area. The Yorkshire Magneteers were asked to leave the park immediately following the discovery, but they returned on Monday, October 3—and made yet another find. Magnet fisher Kerry Evans tells F&S that her group removed what appears to be another unexploded device from the Calder Wetlands that was the same size and shape as their first find. According to Evans, the police plan to detonate the unexploded devices at a safe location away from the park.

This incident is not the first eye-popping find magnet fishers have made this year. In February, a grandpa and grandson team found two sniper rifles while magnet fishing in South Florida. In August, three magnet fishers pulled 86 rockets and other ordnance from an army base in Georgia. And later in August, a Scottish magnet fisher found a samurai sword and large caliber ammo.