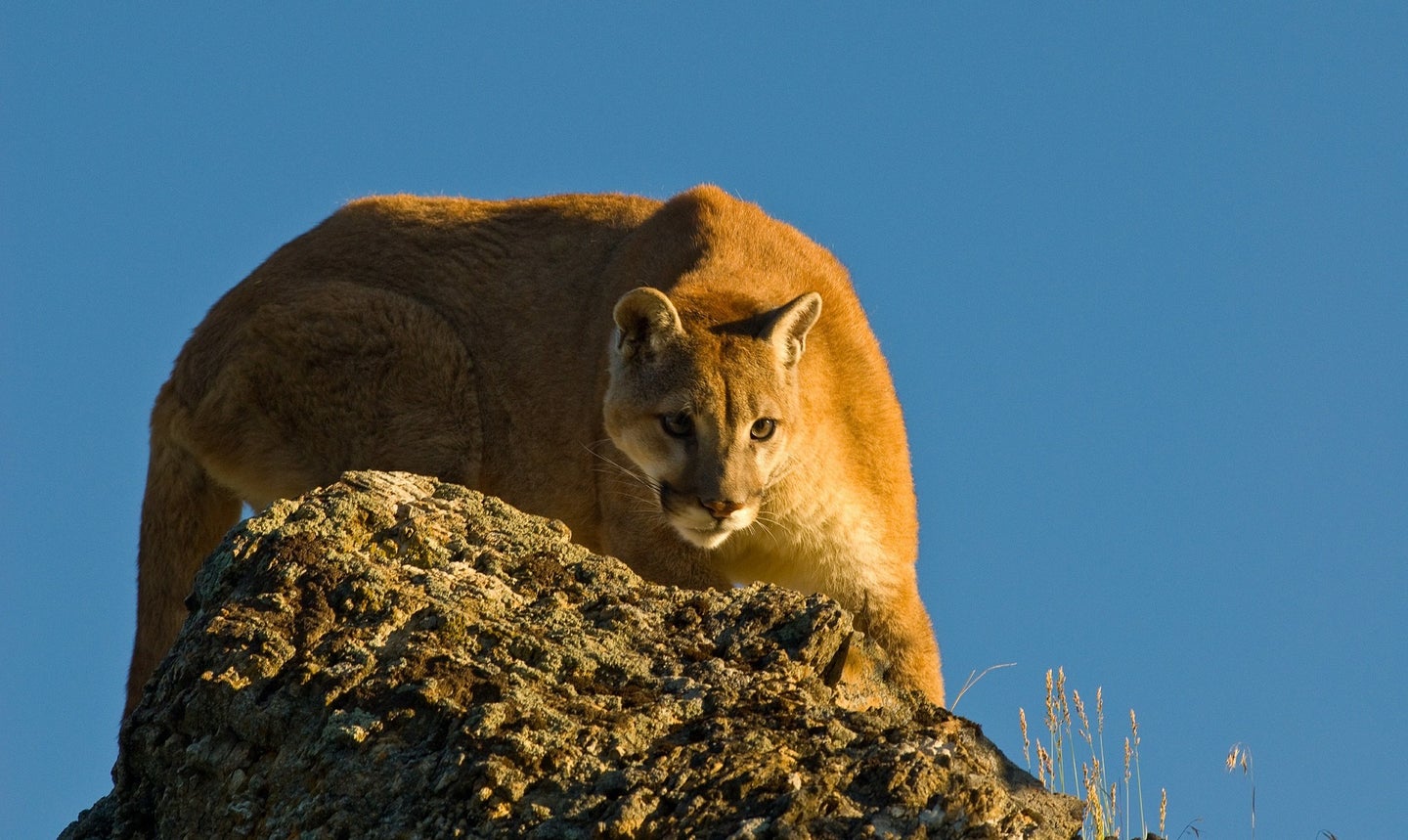 Seven-year-old Cason Feuser sustained multiple injuries during a cougar attack on Sunday while camping near Rocky Mountain House, Alberta. After a Shock Trauma Air Rescue Service (STARS) flight to Edmonton and three and half hours of surgery at Stollery Children’s Hospital, Cason returned to his family home on Tuesday to recover.

The attack happened while Cason was playing near the Baptiste River with friends. Cason’s mother, Chay Feuser, explained on Facebook, “I received a phone call from my dear friend Alishea, who took my youngest two children out camping with her to a beautiful spot west of Rocky.”

At the time of the attack, Cason’s parents were in Dawson Creek, British Columbia. They flew to Edmonton just in time to see their son before his surgery. Chay wrote on her Facebook page, “We made it to the hospital just in time to kiss him, say hello and at the same time say goodbye and hand him over to the surgeons where he spent 3.5 hours in surgery. Over 200 staples and surgical clamps, and many more stitches over his face, neck, and head. It’s a miracle. No main arteries were hit, no lungs punctured, his skull is intact. He suffers from a fractured jaw, and severe cosmetic injuries.”

In a statement, Alberta Fish and Wildlife Enforcement Services Inspector Rob Kohut said the juvenile female cougar that attacked Cason was captured later that day, identified using DNA testing, and euthanized. Kohut advised that people in cougar territory travel in groups and carry bear spray. If a person encounters a cougar, they should not turn their back or run, but should face the animal and walk slowly. “Make yourself look big and speak loudly. If the cougar makes contact, fight back and don’t give up. Use all means at your disposal,” Kohut said in the statement.

Chay credits her neighbor, who is a nurse, with saving her son’s life. She helped stop Cason’s wounds from bleeding while waiting for the helicopter. Chay also said the age of the cougar who attacked Cason made a critical difference. She told Edmonton’s City News Everywhere, “If it was an older cougar it would have snapped his neck and crushed his skull and took him in a heartbeat, so the fact that it was an adolescent cougar and it was just learning and figuring out what to do, it saved Cason’s life.”

In an interview with CTV News, Chay explained how rare such an attack is. Mike Ewald, another Fish and Wildlife official, underscored this point, saying there had only ever been one cougar-caused fatality in Alberta. He told City News Everywhere, “Normally prey has a horizontal back, so even with deer which is one of [a cougar’s] more common prey sources, they jump on the back and try to choke out the animal. Thankfully we stand upright, and so that’s what to do. Never play dead, and make lots of noise and you won’t be the typical prey they go for. And so why this cat did this, I don’t know.”