These two bears took their fight inside, and duked it out in a garage full of tools 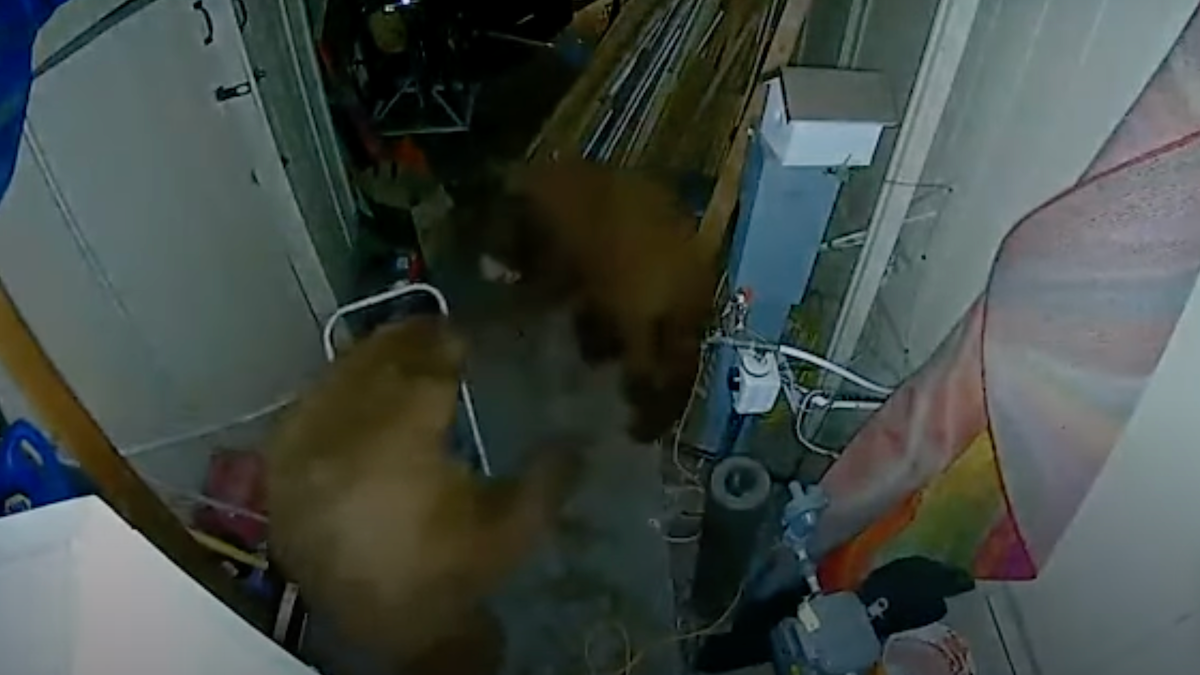 The bears tussled briefly, knocking over tools in the garage. Lisa Quick
SHARE

For South Lake Tahoe resident Lisa Quick, seeing black bears is a daily occurrence. But seeing two engage in a vicious brawl is something she had never witnessed—until the Ring security camera in her carport doorbell captured two large bruins in a brief but noisy battle.

On the night of the brawl, Quick awoke to the sound of “strange growling” and immediately understood that it was an angry bear. She thought that perhaps the bear was tussling with a raccoon or a coyote.

“I screamed and my dogs started barking and we ran out there to break it up,” Quick told Bay Area ABC7. “I see bears every single day but we’ve never had them fight before.”

The video opens with a large dark brown bear charging from the inner part of the carport toward the door. A second bear, lighter brown and bigger, enters the scene near the door and returns a charge toward its sprinting counterpart. At full speed, the two collide to the crashing sounds of a metal cabinet, a step stool, and a variety of snow removal tools. The foes tussle and release, then stare each other down, standing on hind legs, sumo-wrestler style. After exchanging a few more ferocious blows, the bear near the door backs off as its fellow combatant moves forward uttering deep repetitive trash-talking grunts.

The victorious bear slowly returns to its plunder. The bear at the door lingers, meanwhile, its snout still registering in the camera. Quick noted that she adores the bears that live around her home, and they usually leave her carport when she goes out and chases them away.

While the bears in the video are different shades of brown, biologically, they are color phase black bears, which can range from pitch black to a near-white blonde and every shade of brown in between. While Californians occasionally report spotting a “brown” or grizzly bear, grizzly bears became extinct in the state in the 1920s and only remain on the state flag.