Two of the men suffered "multiple lacerations on their hands, almost down to the bone" from the sharks, according to Coast Guard officials 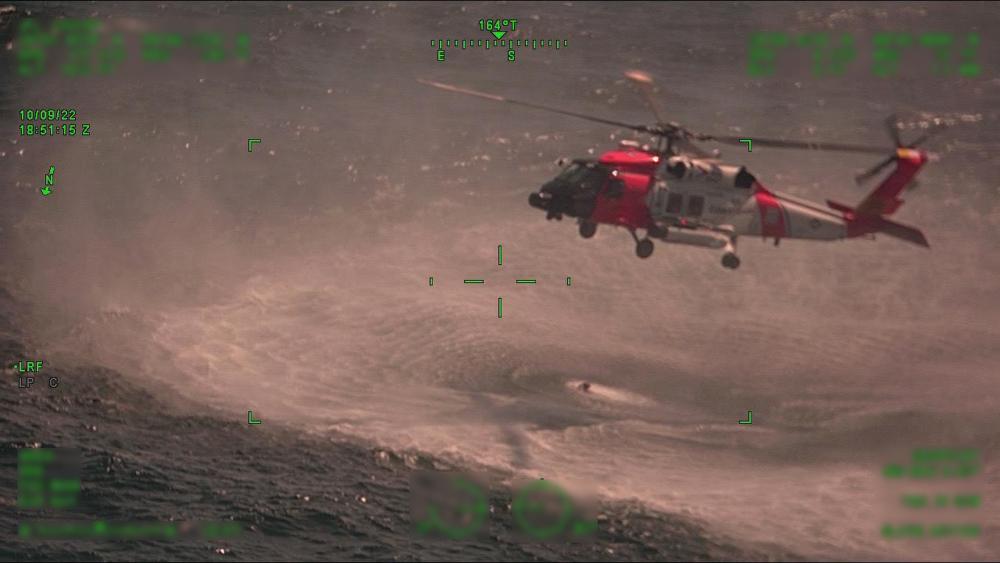 The fishermen were rescued while sharks were circling and attacking them. United States Coast Guard
SHARE

Three fishermen were rescued by air and boat crews with the United States Coast Guard (USCG) 8th District Heartland unit on Sunday, October 9. The men were stranded in the Gulf of Mexico, about 25 miles from the port town of Empire, Louisiana, after their 24-foot center console boat sank at approximately 10 a.m. on the morning of Saturday, October 9. When rescuers finally located the trio, they’d been adrift in the Gulf for 28 hours and were fending off attacks from circling sharks.

The USCG initiated the search after a concerned family member reported the crew missing when they failed to return home from their Saturday outing. According to CBS News, one of the stranded boaters managed to send a text message with a screenshot of their approximate GPS whereabouts to a family member just before his cell phone died. That family member then sent the screenshot to the USCG.

Air and boat crews combed an area spanning approximately 1,250 square miles before locating the men. “A Coast Guard Station Venice 45-foot Response-Boat Medium boat crew arrived on scene and witnessed two of the boaters fending off sharks,” reports the USCG. “The two boaters were pulled from the water by the boat crew before additional injuries could occur.”

In an interview with “NBC Today,” Lt. Katy Caraway, a USCG co-pilot, said that the two shark-bitten men had “multiple lacerations on their hands, almost down to the bone.” She added that her team was “actually able to recover one of the life jackets that had been eaten through by a shark.”

When the USCG located the group by air, two of the men were clinging to a cooler, and the third was drifting nearly half a mile away. All three men were transferred to an MH-60 Jayhawk helicopter and flown to a hospital in New Orleans. At the time of the rescue, one of the fishermen was experiencing hypothermia—but the whole crew was in stable condition upon admittance to the hospital.

Read Next: Bull Shark Kills Snorkeler from Pennsylvania in the Bahamas

“We searched an area roughly the size of Rhode Island and are thankful to have found these missing boaters,” said Lt. Cmdr. Kevin Keefe, a Sector New Orleans Search and Rescue Mission Coordinator. “If the family member had not notified the Coast Guard, and if these three boaters were not wearing life jackets, this could’ve been a completely different outcome. We appreciate the assistance of the boating public, who was instrumental in helping identify possible areas where these boaters could have been operating before the vessel became in distress.”