Our Top 5 Videos of Deer Wreaking Havoc In Buildings 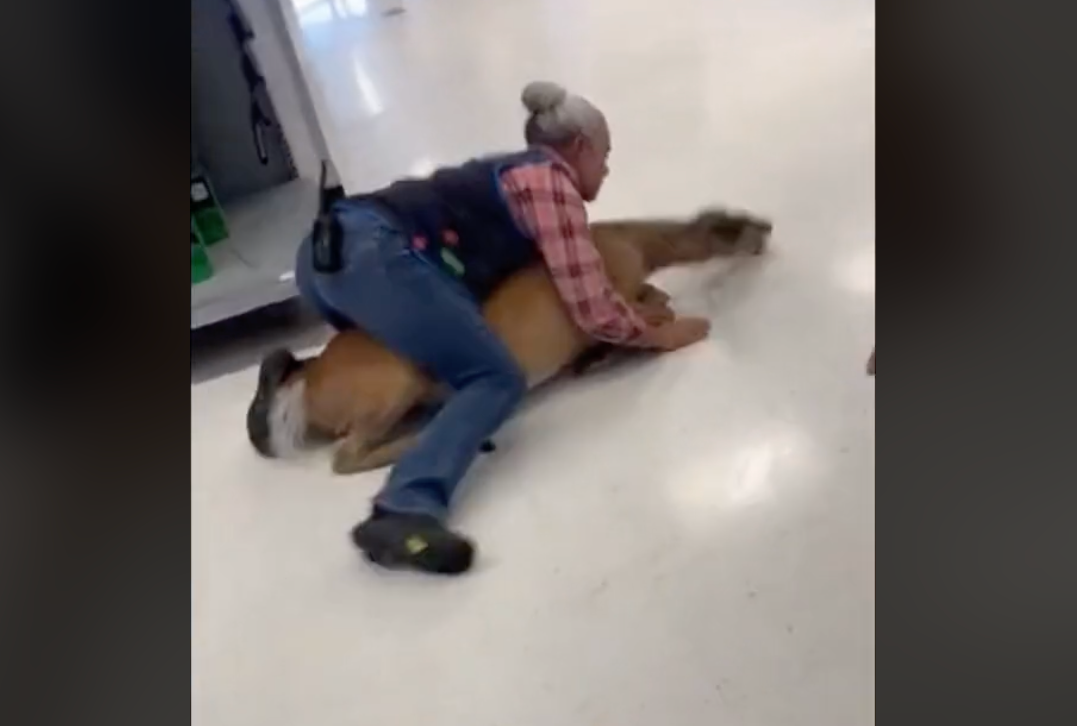 This deer wasn't going to just run down the store's aisles unchallenged. mgmuddy2x via TikTok
SHARE

Deer do some silly things, especially when they find themselves in the last places you expect them to be—inside. In their natural environments, deer have heightened senses and are hard-wired to escape danger. But when they go inside a building, say a retail store, all those senses seem to go out the door completely, and deer start smashing things, slipping and sliding on hard floors, and jumping like rabbits while trying to frantically escape.

There really aren’t any explanations for why a deer might go inside of a building in the first place, but it seems to happen quite a lot. Every week or two, you can find a viral video of a deer, well, being a deer inside of a building, whether it’s a corner store or a church. Here’s a roundup of some of the most popular recent videos of deer inside buildings—and the hilarious chaos that ensues. You’re welcome.

This doe just wanted to hit the produce section. Well, that, at least, is the most logical explanation for why a deer entered a Walmart in Baraboo, Wisconsin on June 23, 2021. But the doe didn’t get a warm welcome. Instead, a Walmart employee lept into action and pinned the deer to the ground. The moment of the tackle wasn’t recorded, but somebody did capture the pretty wild scene of the employee on top of the doe as it struggled to escape—and that video went viral on TikTok. In the meantime, other employees opened a back door for the deer to exit. No injuries were reported to the deer or any employees. You really never know what you’re going to see when you go shopping at a Walmart.

On November 15, 2021—the opening day of the Michigan deer season—a 10-point buck broke into Grace Christian Fellowship church in Sturgis. Pastor Amanda Eicher captured a video of the incident, which shows the deer frantically jumping off of a wall and running up to the balcony of the church, before returning to the ground level and jumping out a window.

3) No Chill at the CBD Store

CBD is a nonpsychoactive cannabinoid used for relief to treat anxiety, depression, and post-traumatic stress disorder. But a deer that crashed through the back window of a CBD store in Amesbury, Massachusetts in December 2021 didn’t seem to get the memo. A security camera shows the frantic deer jumping into the store from the window, knocking some stuff over and causing a general mess, before smashing through the front door on the way out. Nobody was in the store when the incident occurred. The store’s owner, Kirby Mastrangelo, confirmed that it wasn’t a heist.

“There’s no animal CBD missing, so she didn’t take anything on her way out,” Mastrangelo told The Daily News. “But it might have been good for her. It could help her recovery.”

This one dials up the gore—so be ready for some serious blood if you’re going to watch it. None of the deer in the other videos here sustained serious injuries, but that’s not the case in this one, which actually took place several years ago but went viral in a TikTok video aptly titled “DEERSASTER” in December 2021. The wild incident occurred when Christie Vercelli came home to her house to find a deer inside of it—and blood everywhere. She suspects the deer had cut its belly when it smashed through the door. Eventually, it went back out the screen door…after leaving $40,000 worth of cleaning and repair in its wake. The video doesn’t actually show the deer, which must have been in pretty bad shape once it left the house, but it does show the crime scene it left behind.

Read Next: The Weirdest, Wildest, and Rarest Fish of 2021

A young buck broke into a school in Tennessee through an emergency exit sometime after-hours on November 22. The buck, which has mismatched antlers, spent the night in the school and was found by a teacher in a classroom the next morning. An officer from the Tennessee Wildlife Resources Agency responded to the incident and was able to lure what the agency called a “surprise student” back out of the emergency exit before the morning bell—just in time for the real students to arrive.