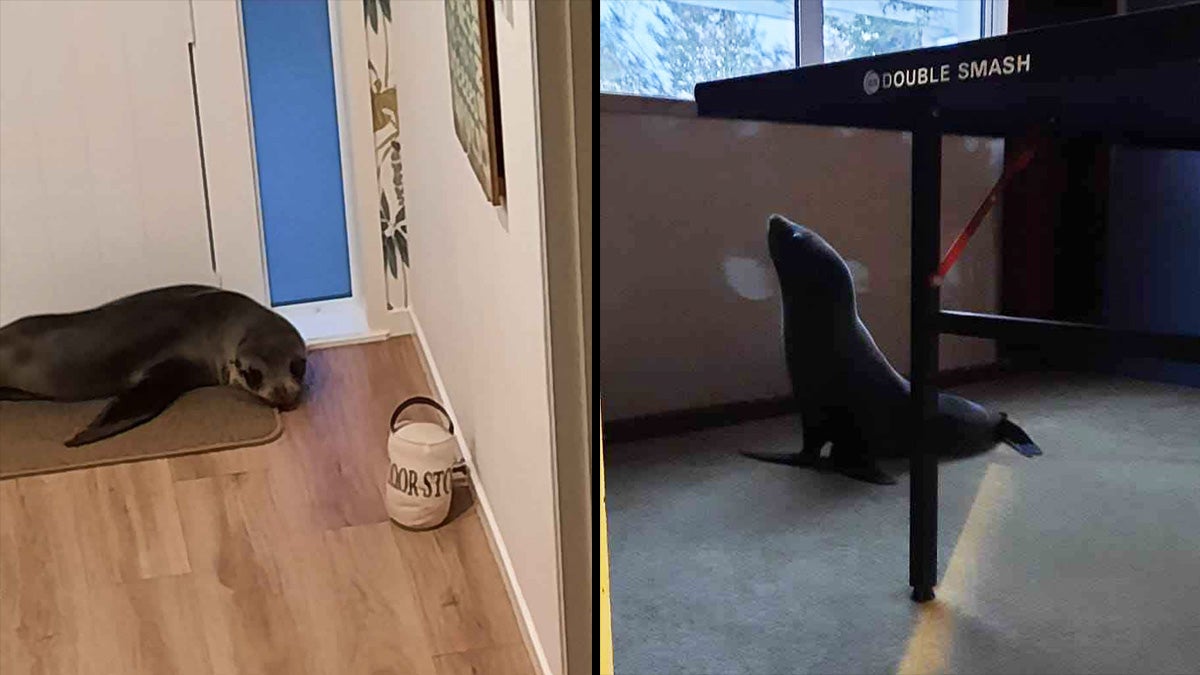 Here’s a shocking home invasion story: A fur seal recently broke into a New Zealand home while the homeowners were out—and their kids were asleep in their bedrooms. When Jenn Ross returned home from the gym, she opened the door to the family’s North Island home and found the wild marine mammal on their entryway’s wood floor.

“It got a bit of a fright,” Jenn Ross told The Guardian. “[The seal] humped its way down the hallway into a spare room.”

Jenn Ross woke her two kids who reportedly nicknamed the intruding seal “Oscar.” The family’s father, Phil Ross, who is coincidentally a marine biologist, was out of the house at the time of the invasion.  “The big joke is that this is really the only family emergency where it would be useful to have a marine biologist in the house,” said Phil Ross. “I really missed my time to shine.”

The family suspects the seak snuck in through the cat door, perhaps following their cat Coco, who stayed upstairs away from the wild animal. The family fled to their neighbor’s house while the seal apparently lounged on their couch. Jenn Ross eventually helped local authorities herd the seal out to the garden where a conservation ranger netted it and returned it to sea. The Ross’s home sits nearly 500 feet from the shore. The family sees many young seals often in the area, but this is the first time one has entered their home.

“We’ve just had a fairly big storm so quite a few seals are showing up on the beach for some rest and recovery before heading out to sea again,” Phil Ross told Newsweek. “The young ones are starting to get weaned, going out on their own and like most teenagers, can make bad decisions about where they end up.”

According to the New Zealand Department of Conservation, fur seals prefer rocky shores to sandy beaches. They are smaller than sea lions and can weigh up to 330 pounds. Fur seals are known to dive deep in search of food and can hold their breath underwater for up to 11 minutes. New Zealand fur seals are protected by the Marine Mammals Protection Act of 1978. Their population is estimated to be around 200,000 individuals.