You can still predict the weather without a smartphone or a radio. Here's how 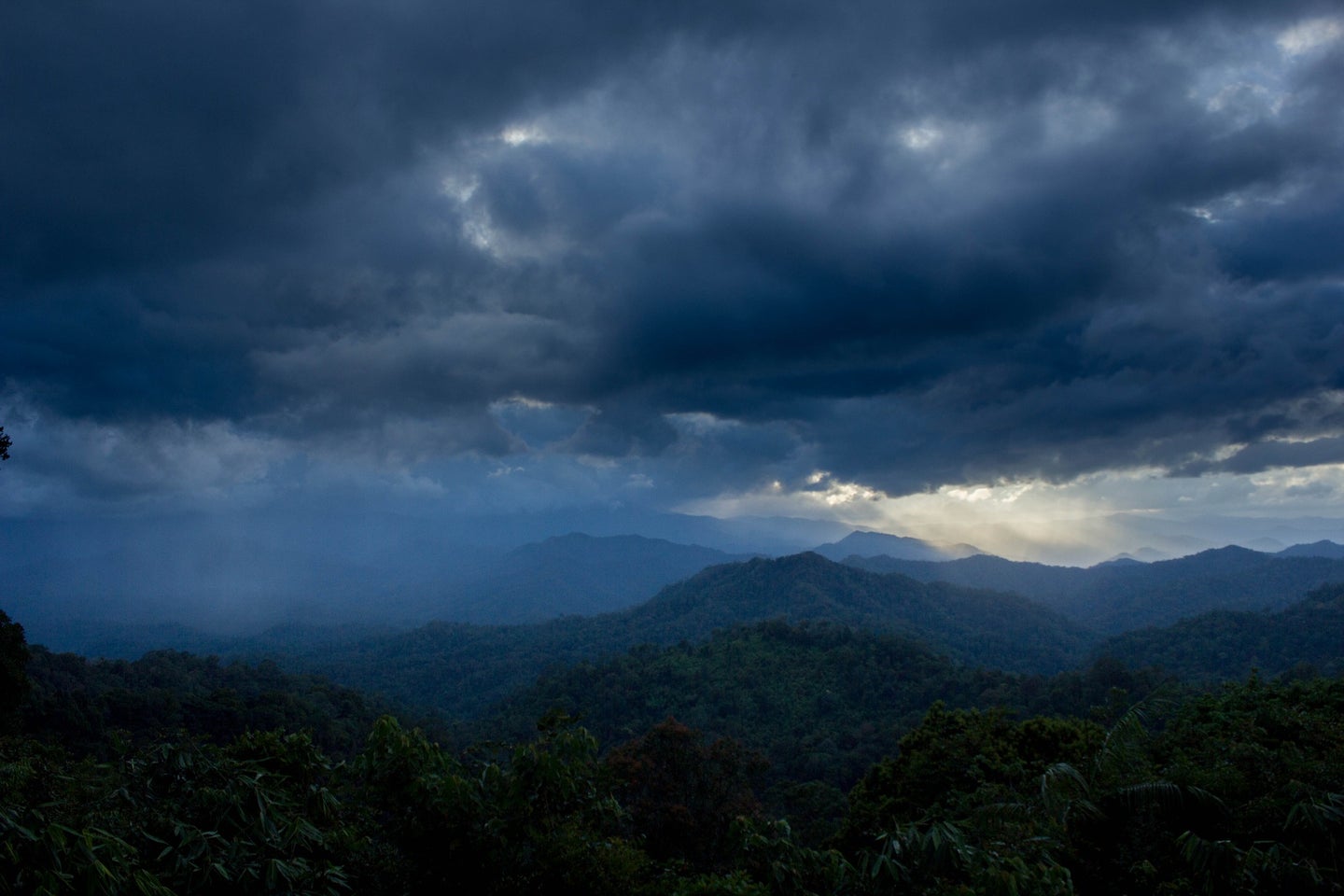 The clouds will give you clues as to what the weather is going to do. Porch from Pixabay
SHARE

An unexpected storm can really throw a wrench in the works when you’re out in the field. Fortunately, even if you didn’t check the forecast in the morning, you can still make a few fairly accurate guesses as to what’s on the horizon from Mother Nature.

1. Figure Out What the Pressure is Doing

When you hear weather forecasts, the term pressure is used over and over. Without getting into the technical aspects, low pressure usually means rain and potentially bad weather on the way. High pressure, on the other hand, means mild conditions.

We aren’t generally aware of air pressure, except in cases of rapid change like on an airplane when you might have your ears pop. But there are some indicators of pressure changes that we can observe. One tried and true method is to look at the smoke from your campfire. If it rises up and then seems to hit a ceiling and fan out, that’s a sign of falling pressure and could mean a storm is on the way. However, if the smoke rises high in a straight column, that’s a sign of high pressure and good weather.

2. Watch How Critters Are Acting

Birds are very sensitive to air pressure. When the pressure is low, they’ll usually fly closer to the ground. If you have cats, you might notice they’re swiping their paws over their ears a lot when grooming. Their ears will bother them when the pressure falls.

Insect behavior is also worth noting. Houseflies become what’s known as “sticky” when bad weather is on the way. They seem to be more numerous and they’re harder to shoo away. Bees will swarm to their hive to get under cover ahead of a storm. Even ants will build higher walls or cones around their nests when they sense rain is coming.

Frogs are cold-blooded and therefore are more active in higher temperatures. They also have moist skin and favor high humidity. Thus, when it is hot and muggy you’ll hear them making more noise. As it happens, these conditions are also favorable for rain. If you hear crickets, you can get a reasonable estimate of the temperature. Count the number of chirps in 15 seconds, then add 37. That’s the temperature in Fahrenheit. Do it a few times to figure an average.

3. Read Clouds to Predict the Weather

We all know that rain falls from clouds, but not all clouds mean it’s going to rain. Thin, wispy clouds that are high in the air are called cirrus clouds. They don’t bring rain, but if you see them covering most of the sky, it can indicate that weather changes are on the way. Flat sheets of cover in the sky are stratus clouds. Think gray and overcast, though they can also be broken up with blue sky peeking through here and there. While this type of cloud can bring drizzle or light snow, generally we’re not looking at storms.

Cumulus clouds are the big, puffy ones we all drew in kindergarten. A few of them floating around don’t mean much, but if they start to team up and grow tall with falling air pressure, watch out as you might have some stormy weather coming. It’s also worth noting that if you look toward cloud cover that’s moving your direction, pay attention to the bottom side of the clouds. If it looks sort of ragged, that means rain is indeed falling.

4. Remember These Old Sayings About the Weather

Proverbs, sayings, call them what you want, but many of them actually hold a kernel or two of truth.

There are a few phrasing variations of this one, but we’ve all heard some version of it. Turns out, it is fairly accurate. As the sun rises and falls, its rays illuminate the underside of the cloud cover that’s either on the way in or out. In the morning, a red sky means clouds are moving in from the west, possibly bringing bad weather with them. A red sunset means clouds are moving out and clear skies are on the way.

When your joints ache, rainy weather is at stake.

If you don’t experience it yourself, odds are you know someone who is happy to tell one and all that a storm is coming because their knee or ankle hurts. This isn’t an exact science, but what we believe is happening is that low pressure allows body tissues to expand, which puts additional pressure on joints.

Dew on the grass, no rain shall come to pass.

When the ground surface cools, such as during a clear night, dew forms. This tends to mean that a clear day is ahead. Remember, weather doesn’t change unless something comes in to change it.

5. Pay Attention to How The Woods Smells

Pay attention to smells, when you’re out in the wilderness. If the flora around you, such as flowers, smells stronger than usual, that’s a good indicator that rain is on the way. The same thing goes for earthy odors that smell somewhat like compost.

Read Next: How to Signal for Help When You Get Lost

6. Record Your Observations to Learn from the Past

One of the best ways to improve your forecasting skills is to keep track of the weather in a journal or diary. This doesn’t need to be anything elaborate or complicated. Just grab an old spiral notebook and jot down your daily observations regarding things like temperature, air pressure, current weather conditions, and the amount of rain or snow that’s fallen since yesterday. Add in anything else you might have noticed, such as dogs or other animals getting antsy. Over time, you’ll start to put the pieces together and will be able to predict the weather on your own.