For the second time in just a week, iguana expert Harold Rondan removed an invasive iguana from a South Florida bathroom 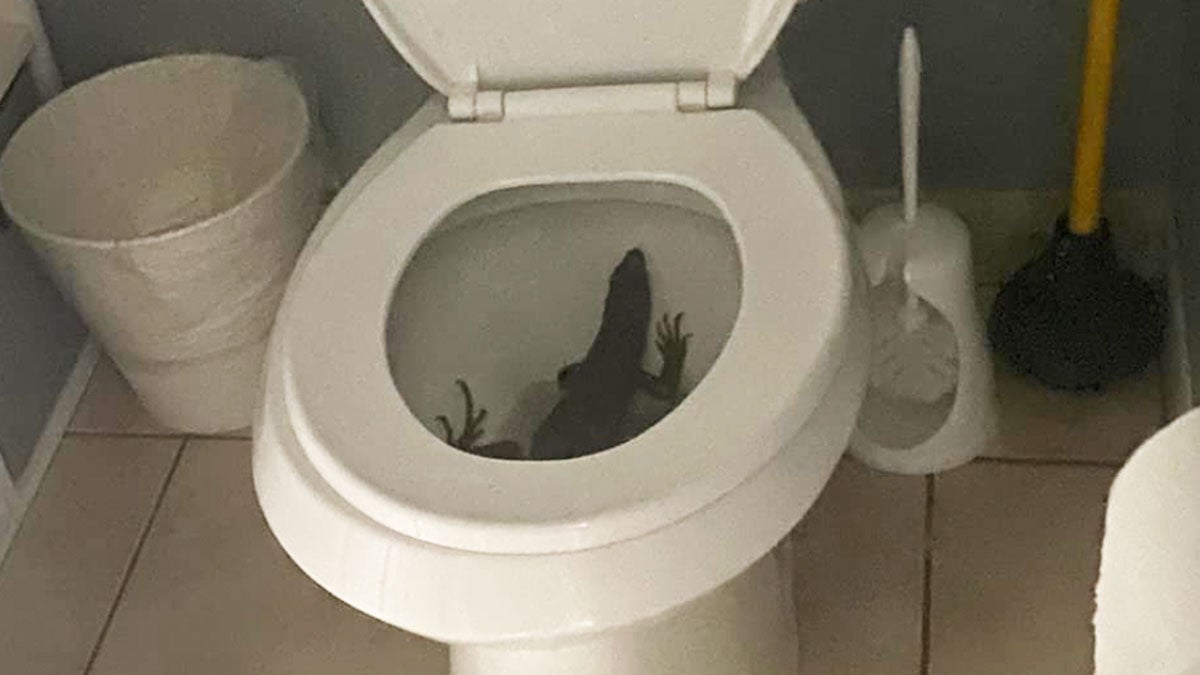 This must’ve been quite the shock. On the night of Saturday, July 9, Michelle Reynolds of Plantation, Florida, had already started making a late-night snack when she went to use the restroom—and discovered a live critter inside her toilet. “I came down last night at 10:30 to make a little treat, as I normally do, and I put it in the microwave and skipped on over to the bathroom and opened the door and did a quick turnaround, cause I saw this thing in there,” she told WSVN. “Oh, my God, there was an iguana in the toilet!”

Reynolds immediately shut the door and called Harold Rondan of Iguana Lifestyles LCC to remove the critter, which was a Mexican spiny-tailed iguana. Though you might think it’s unusual to remove an iguana from a home, Rondan says he’s removed multiple of them from South Florida homes this year. In fact, he said the iguana at Reynolds’s house was the second one he’d removed that week—from a toilet. Rondan suspects the iguanas likely enter the homes through vents or sewer systems.

“This keeps happening,” Rondan wrote on the Iguana Lifestyles LCC Facebook page. “To avoid costly repairs or possible injuries, [you should] hire a professional to remove the iguanas on a monthly basis, eliminating the iguanas before they get into your roof or sewer line…If you have iguanas in your community and nothing is being done, the number of Iguanas will increase to double the amount each year.”

Read Next: Don’t Think an Alligator Gar Will Bite You? Ask This Woman in Texas

Rondon used a long stick fitted with a special clamp to remove the iguana from Reynolds’ toilet. In addition to removing invasive iguanas from homes, Rondon guides clients on iguana hunts with high-powered air guns. According to the Florida Fish and Wildlife Conservation Commission, iguanas are invasive to the Sunshine State and cause damage to residential areas as well as natural ecosystems.