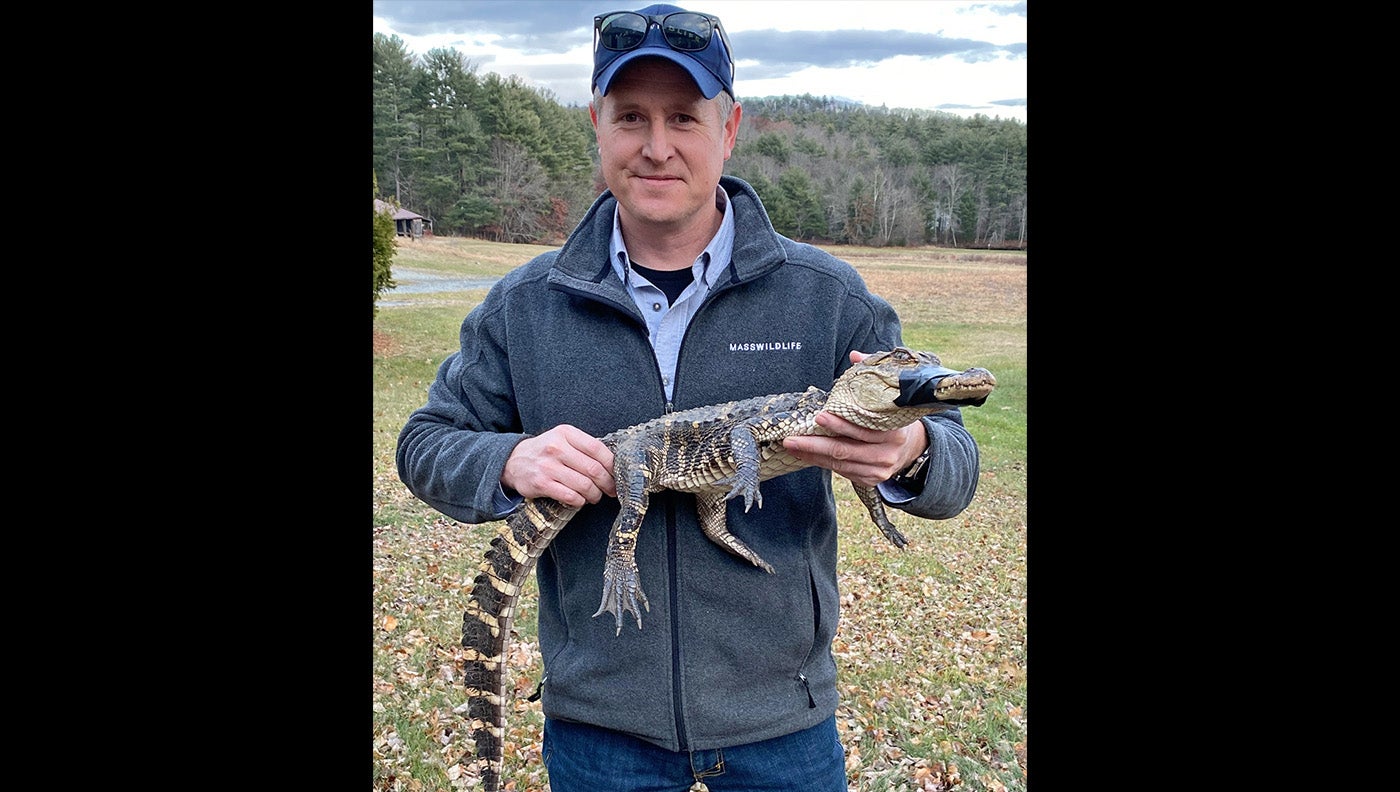 Alligators are commonly found throughout the U.S. Southeast—but not in New England. Massachusetts Division of Fisheries & Wildlife via Facebook
SHARE

You don’t see alligators in Massachusetts every day. And if you do see one, something’s seriously wrong. Well, there have been several recent sightings of a small alligator on the loose in West Springfield, Massachusetts, according to the Massachusetts Division of Fisheries & Wildlife (MDFW). The agency, along with some volunteers, tried to capture the gator over the span of a couple of months. Those efforts were unsuccessful until Agawam resident Jeremy White removed the gator from the Westfield River on December 7.

“It is believed the alligator was kept illegally as a pet and was intentionally released or escaped,” writes the MDFW in a Facebook post. “We are grateful for Jeremy’s efforts, as this 4-foot cold-blooded reptile would not have survived the cold Massachusetts winter.”

White, who is a lifelong fan of “The Crocodile Hunter,” Steve Irwin, made the successful rescue from his kayak the day after he’d seen a news report about the most recent sighting of the alligator. He may have done so just in time. He says the young gator was already extremely lethargic when he encountered it.

“I kept my eye on a spot where it was last, and I saw its snout in the water and I thought no way,” White told Western Mass News. “Its eyes were closed, and it was barely hanging on. I just reached down grabbed it. It started hissing a bit, so I just taped up its mouth [shut] so I was safe, but he didn’t really move much after that.” White added that he dubbed the gator “Rambo,” because of how long it’d managed to survive in a foreign environment.

The MDFW emphasized in its Facebook post that there are strict laws in place about keeping wildlife as pets in the state that are meant to protect both people and animals from harm. Moreover, illegally dumping non-native pets into the environment can cause serious ecological damage. The MDFW transported the rescued alligator to a licensed reptile organization that will use the reptile in conservation education programs.