Many of the snakes found in David Riston's home at the time of his death were illegally kept venomous species, including adders, mambas, vipers, rattlesnakes, and cobras 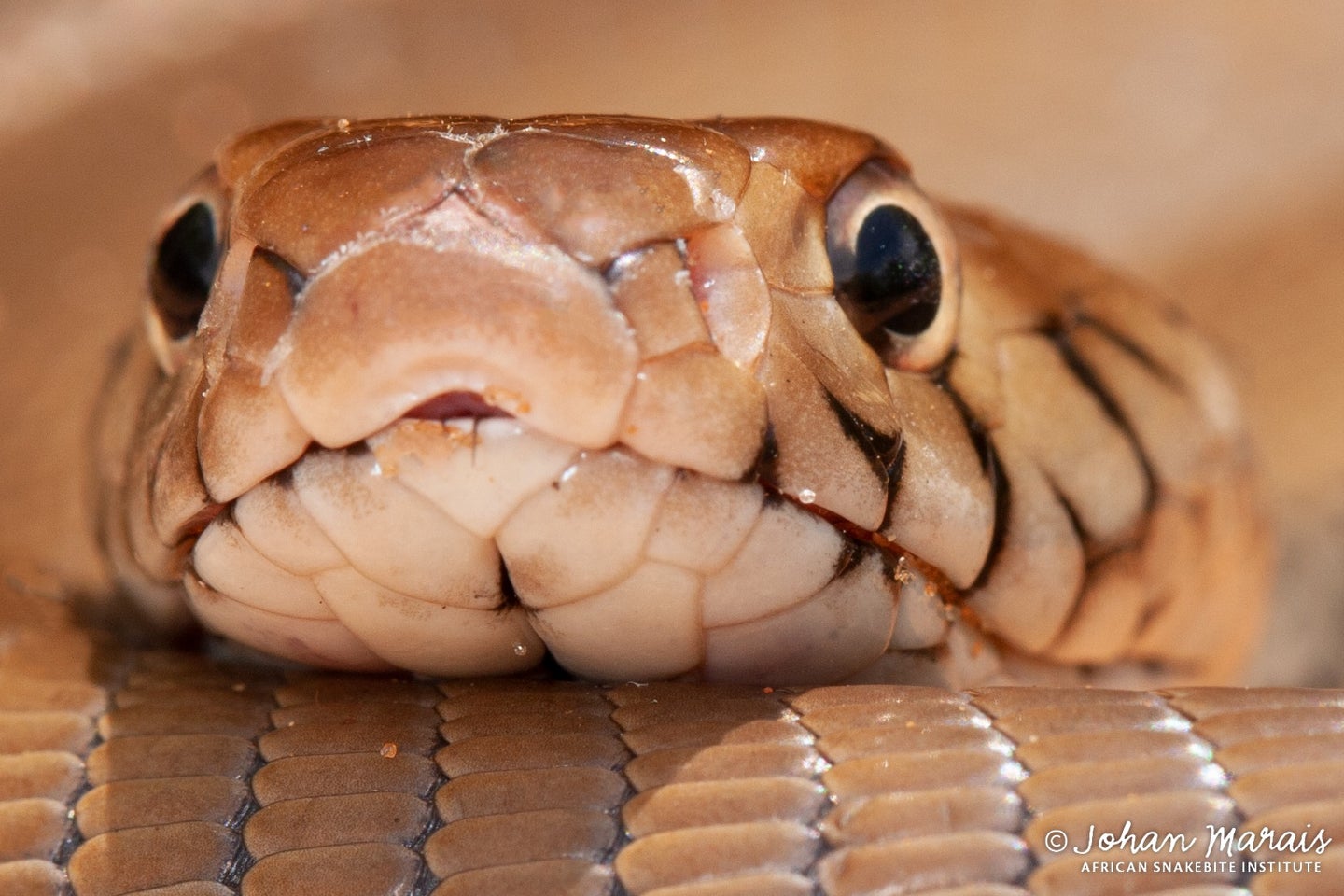 A spitting cobra was one of the species found in David Riston's home. African Snakebite Institute photo
SHARE

A 49-year-old man was found dead on Jan. 19th in his Charles County, Maryland, home, which was filled with 124 venomous and nonvenomous snakes. Identified as David Riston of Pomfret, the man was discovered unconscious and on the floor by emergency medical personnel at 6 p.m. following a call from a concerned neighbor. According to the local news reports, he was pronounced dead at the scene.

An investigation is ongoing. County officials believe the man lived alone and report that there were no obvious signs of foul play. The man’s body was taken to Chief Medical Examiner’s office in Baltimore for an autopsy.

County spokesperson Jennifer Harris tells F&S that autopsy results might not be available for weeks. The results could answer the questions on everyone’s mind as to whether the man’s death was from natural causes or possibly from being bitten by one of his venomous houseguests.

Harris says the man was permitted to breed and sell non-venomous snakes. However, he was not permitted to keep venomous snakes, which accounted for nearly three-fourths of the species identified in his home, including many native to Asia and Africa.

“There were a lot of poisonous snakes there,” says Tucker, “more than I’ve ever dealt with. It was an eye-opening, learning experience. Spitting cobras do spit. I saw that firsthand.”

Snakes were found in the home’s living room, basement and two other rooms. “The home was set up meticulously for the care of the snakes,” Harris says. “Tanks were on racks in rooms set up with different temperature controls for the various species of snakes he had.”

Harris says the man’s mother, his legal next-of-kin, gave the approval for the snakes to be transferred to permitted handlers and facilities. All snakes were transferred out of Maryland.

Snake handling professionals who assisted in the recovery and redistribution said the man was thorough and taking good care of the snakes, Harris notes, adding, “He knew what he was doing.”

Tucker says keeping illegal, venomous snakes presents a potential public-safety hazard. “One of the biggest concerns is that if this home had caught on fire or if the homeowner became incapacitated, as he did, first responders wouldn’t know what to expect,” Tucker says. “There is also the concern about venomous snakes being loose in the house.”

Sheriff’s Office officials will determine if future investigatory steps are necessary after receipt of the autopsy report. A review of federal cases related to exotic species of wildlife, including snakes, shows it could be possible for the U.S. government to weigh in if concerns exist about how some of the exotic venomous snakes found their way to Maryland.

A reptile dealer from Valdosta, Georgia, appeared in Columbia, South Carolina, federal court in March 2021 related to Lacey Act charges, specifically shipping 15 Gaboon vipers to Florida in a container listed as having harmless reptiles and ball pythons. The Lacey Act is a law that makes it illegal to import or export certain animals if they were not caught according to federal, state, or foreign law.

According to the Virginia Herpetological Society, the illegal trade in wildlife is a $20 billion-per-year global problem that involves some 7,000 species.