The victim received 44 anti-venom treatments, twice the normal amount. Doctors are calling it the worst Gaboon viper bite anyone has ever survived 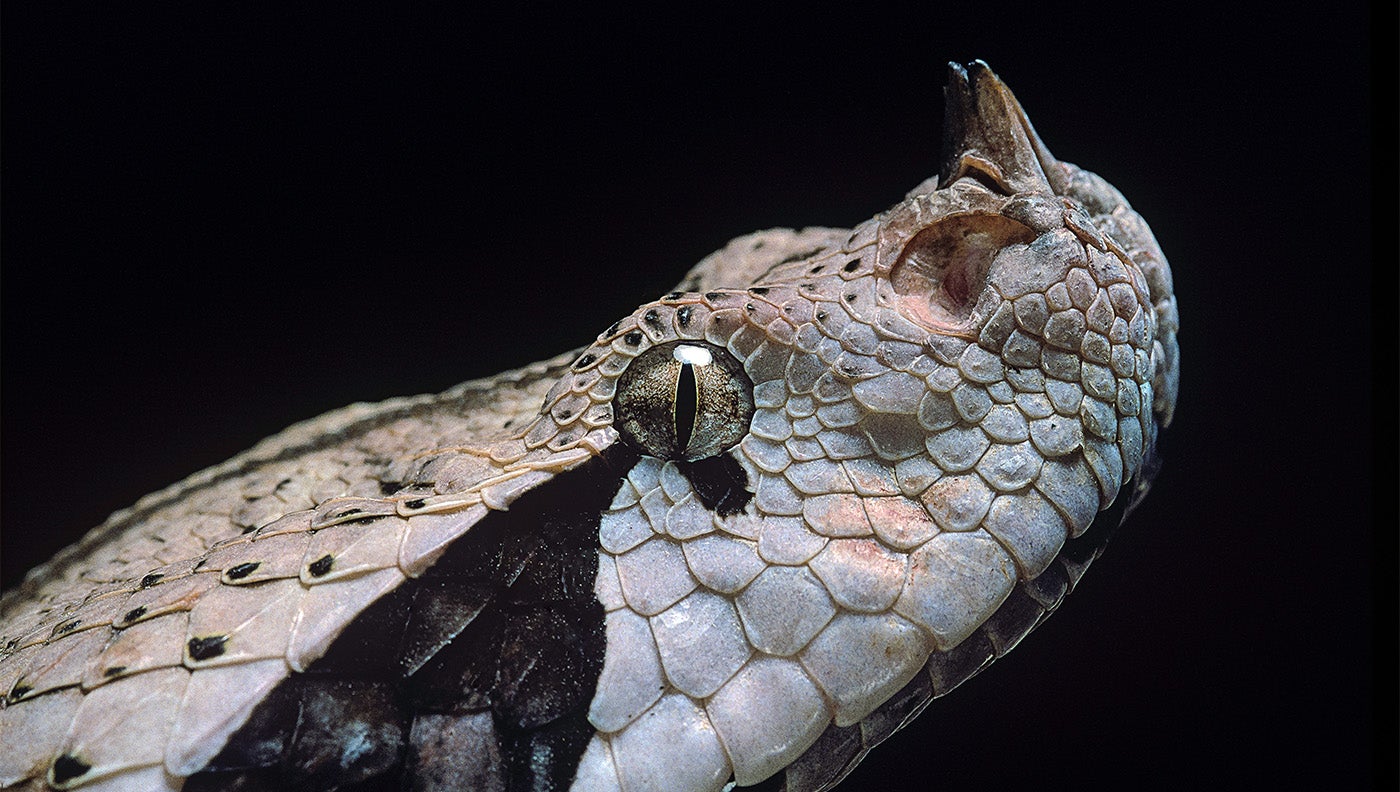 The Gaboon viper is native to Africa and delivers a painful and often lethal bite. Paul Starosta / Getty
SHARE

A Wilmington, North Carolina, man has been released from the hospital after surviving a bite from a Gaboon viper, one of the most venomous snakes on the planet. The man was caring for the snake in Wilmington when he was bitten several months ago. The bite from the Gaboon viper often proves fatal. Fortunately for the victim, expert help was close at hand.

Grand Strand Regional Medical Center emergency physician Dr. Jarratt Lark and emergency physician and Myrtle Beach Fire department paramedic Thad Bowman responded to a call in the middle of the night reporting the bite. Both men have experience treating venomous bites, and Bowman had access to anti-venom through his part-time job at Animal Adventure Alligator Park in North Myrtle Beach. “We’ve dealt with exotic bites in the past, but nothing to this extent,” Bowman told WMBF in Myrtle Beach.

Lark administered 44 anti-venom treatments to the victim over the course of a week, more than he’d ever given to a patient and twice the normal amount. The treatments saved the man, who then underwent months of physical therapy. Although he did lose two fingers as a result of the bite, the patient recovered fully and is back to working two jobs.

“He’s truly a miracle to be alive and to be as functional as he is,” Dr. Lark told WMBF. The Myrtle Beach Fire Department recently presented Dr. Lark with its Civilian Lifesaving Award for his actions in treating the patient. Dr. Bowman told WAVY News that a colleague more familiar with African snakes believed that “this is going to be the worst Gaboon bite that’s ever survived.”

The Gaboon viper is native to rainforests of central, eastern, and western Africa. It is not an aggressive snake, but its two-inch fangs are the longest of any venomous snake, and it produces more venom than any snake other than the King Cobra. Its bite is reportedly extremely painful and is often fatal to people.