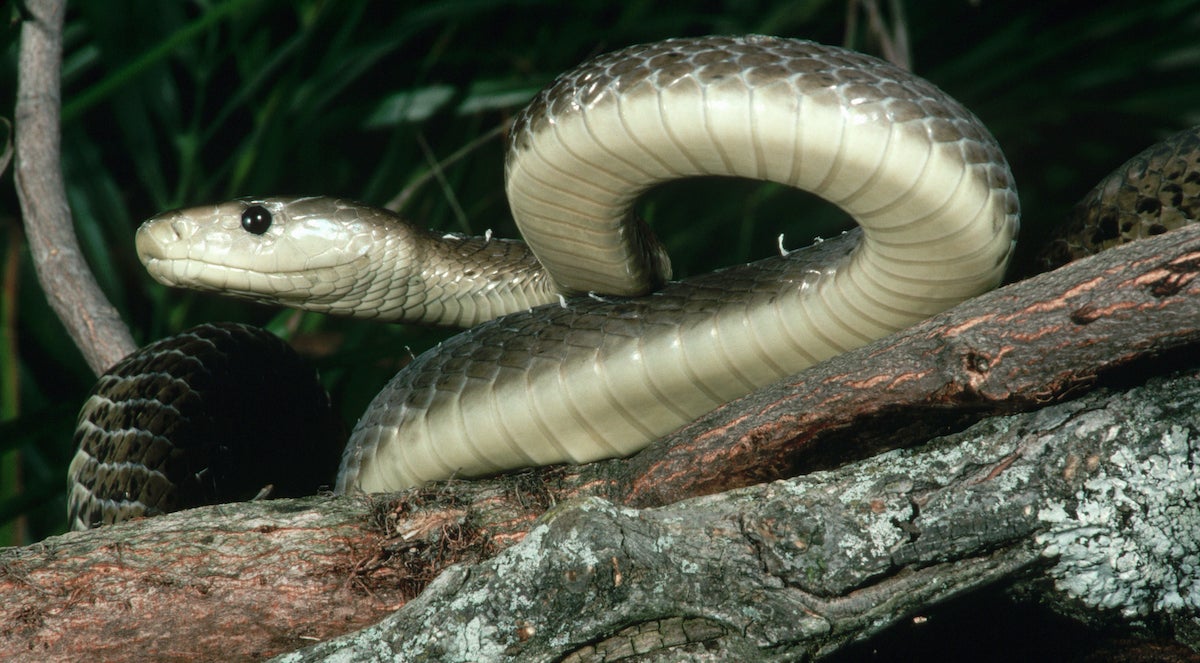 Responding to a request for a welfare check on January 19, local authorities in Pomfret, Maryland discovered 49-year-old David Riston, who had been cohabitating with more than 100 snakes, dead. At first, officials did not believe Riston died of a snakebite, but on Wednesday, April 13, the state medical examiner’s office confirmed that the man’s death was caused by “snake envenomation.”

A search of Riston’s home revealed approximately 124 snakes, all housed in incredibly well-maintained enclosures. Some of the reptiles found are classified both as exotic and illegal.

“Nobody seemed to be aware that he was harboring snakes inside the home,” Jennifer Harris, a Charles County spokesperson, said. Harris continued by describing some of Riston’s collection to include rattlesnakes, cobras, a 14-foot Burmese python, and black mambas—the latter classified as one of the most venomous snakes on the planet. Two drops of mamba venom, say officials with South Africa’s Kruger National Park, are enough to kill a human, causing death in as little as 20 minutes.

Read Next: Maryland Man Found Dead in Home That Was Crawling with More Than 100 Snakes

Whether Riston was killed by a mamba or cobra is unknown at this time; however, what is certain is one of the snakes was the culprit. All the reptiles were removed from the premises by exotic animal experts the day after Riston was found deceased.

Riston’s autopsy was conducted at the state medical examiner’s office in Baltimore. Andrew Owen, a spokesperson for the Maryland Health Department, was quoted via email that Riston’s death has been ruled accidental. The cause of death? Snakebite.