Watch a Mom Absolutely Launch a Raccoon That Attacked Her Daughter

A security camera captured the wild series of events, which took place recently in northern Connecticut 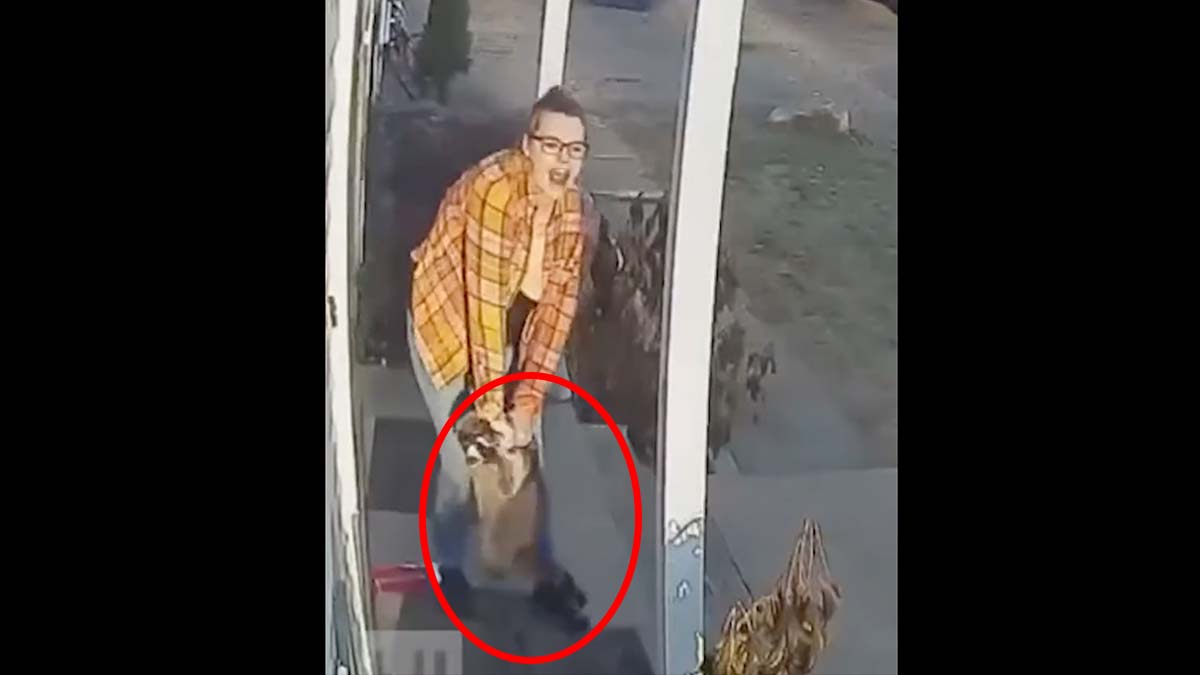 A young girl in Ashford, Connecticut was attacked by a raccoon on the morning of Friday, December 2. A front porch surveillance camera recorded the animal attacking the left leg of a young girl as she was leaving the house. Immediately after the attack ensues, 5-year-old Rylee MacNamara stomps and kicks at the raccoon.

“It was wrapping its arms around my leg,” MacNamara told WFSB. “It really hurt.”

Thankfully, the video also shows mom quickly coming to the rescue—and she means business. Kelsey MacNamara flips her daughter upside down over her thigh with one arm. With her other arm, she grabs the raccoon on the back of its neck and picks it up. She then urges her daughter back into the house. This all happens in a span of fewer than 20 seconds.

Now, Kelsey is alone on the porch with the culprit in her grip. Using a back-and-forth swinging motion to generate momentum, she throws the attacking animal as far as she can—which is actually quite far. Kelsy then rushes back into the house and slams the door as the raccoon waddles off. That’s when the security camera footage comes to an end.

Read Next: Watch a Cow Moose Save Her Calf from a Bear Attack

Following the unexpected attack, both Rylee and Kelsey went to a local hospital for treatment. They received rabies shots, though officials were not able to immediately tell whether or not the raccoon was rabid. As of Friday evening, animal control was still looking for the critter.