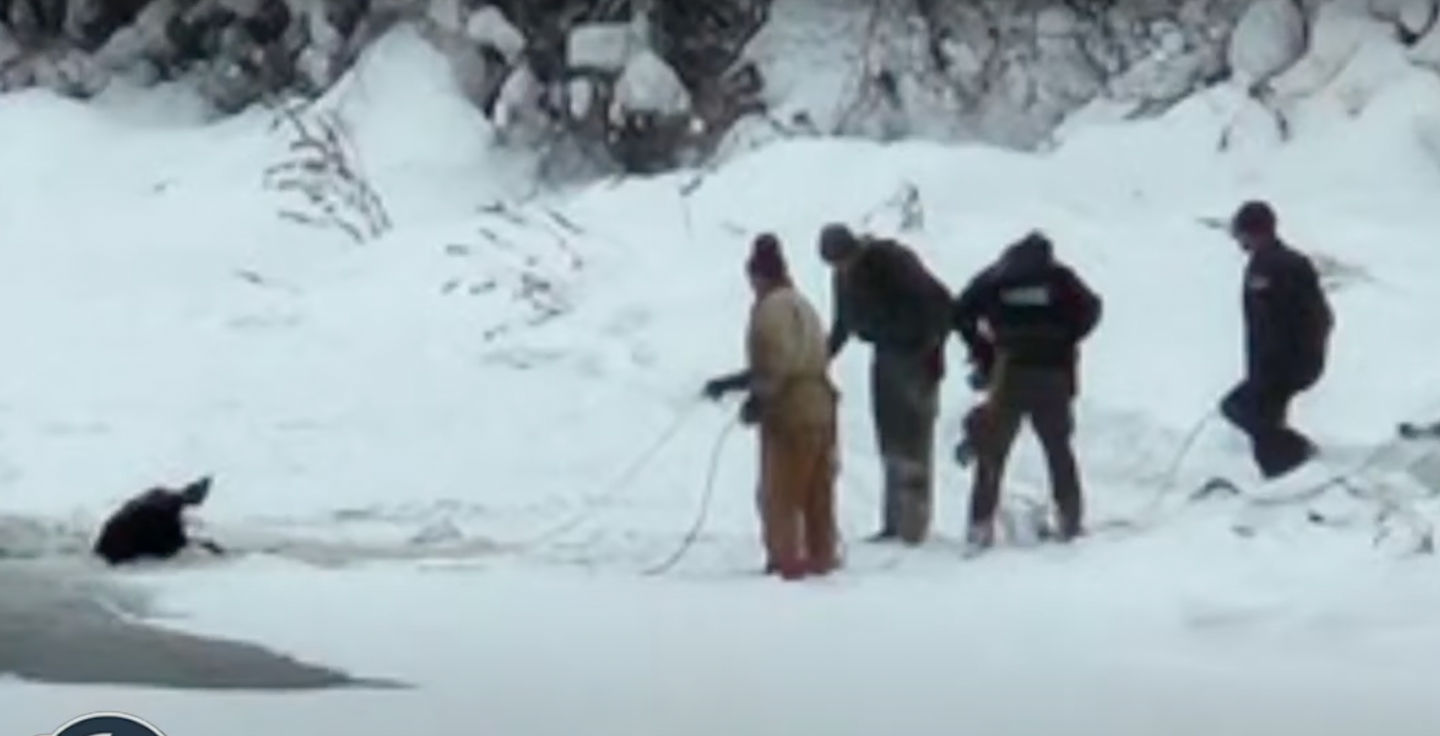 A stranded moose was rescued from a frozen river in Washington.
SHARE

A couple in Elk, Washington got a back-porch view of a dangerous five-hour rescue that played out on the Little Spokane River in front of their home in the morning of Tuesday, December 20. In the end, Washington Department of Fish and Wildlife (WDFW) officers and local firefighters pulled a cow moose from an ice trap and reunited the animal with her onlooking calf.

According to WDFW spokesperson Staci Lehman, Paula and Bill Pershall-Gilbert spotted the floundering moose around 8 a.m. and immediately reported the situation to wildlife officials. The animal had broken through the ice while trying to cross the river.

After arriving at the scene, WDFW officers had to decide if they could safely attempt a rescue without too much risk to the responders. “We typically don’t do a lot of rescuing animals out of the ice,” WDFW officer Severin Erickson told Spokane’s KXLY 4 News Now. “It’s too risky for human safety.”

The team called in local firefighters to provide support—in case any of the officers fell through the ice—and began the rescue attempt. The Gilberts watched the five-hour effort from their back porch, capturing video footage that was broadcast on KXLY 4 and shared via Twitter.

Read Next: Think You’re Tough? Try Packing Out a Moose

After breaking a channel through the ice and making several attempts to lasso the struggling cow, the officers finally pulled the animal ashore. Officer Erickson restrained the moose for a short while before it rose to its feet and rejoined its calf. “We ask that members of the public do not attempt to do [this on their own],” Lehman cautioned. “There are so many elements of a rescue that can go wrong.”