A collared mountain lion dubbed the "Hollywood Cat" was responsible for the incident, which resulted in the death of the chihuahua 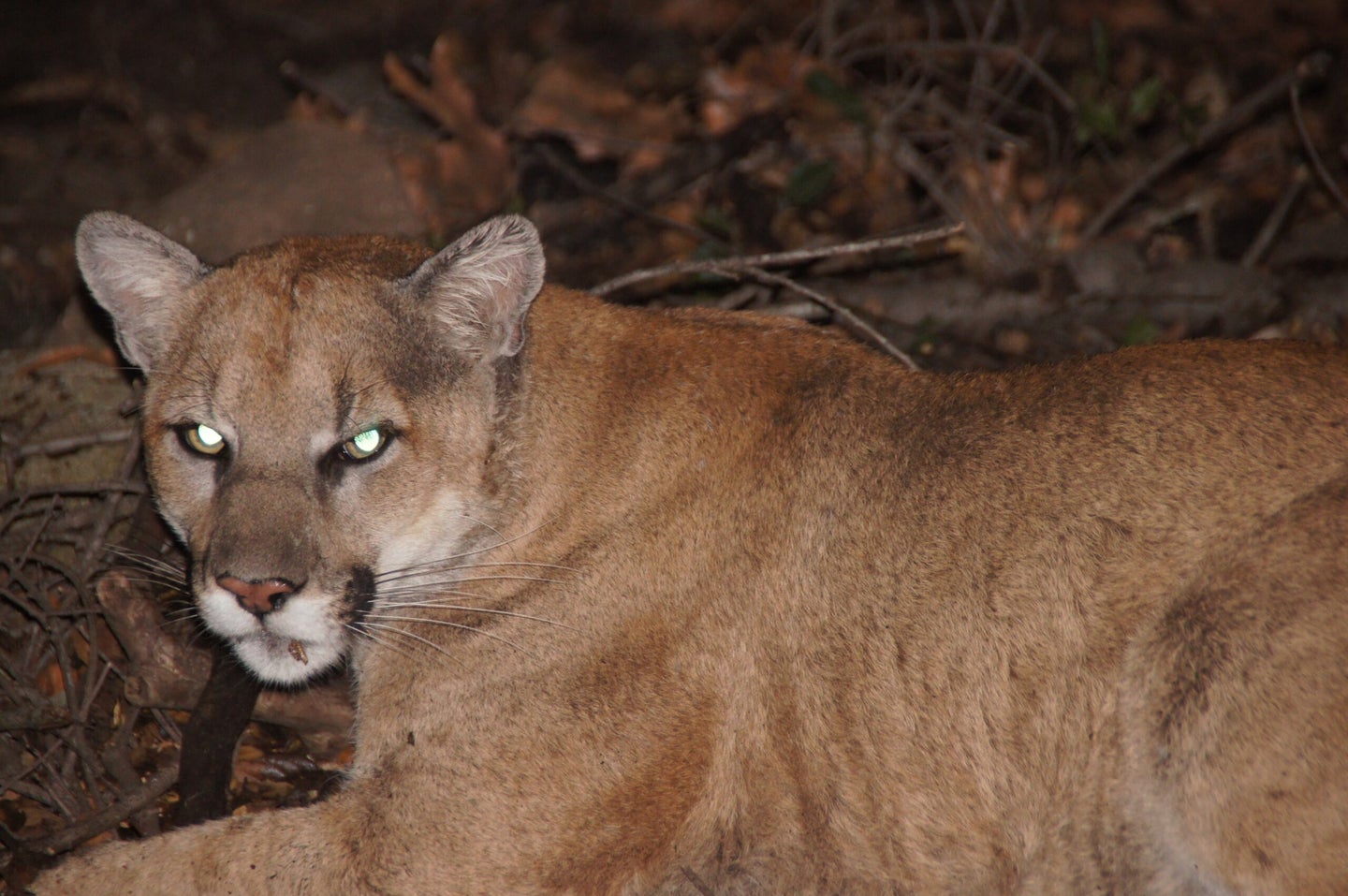 A chihuahua in the L.A. area was lethally attacked by a mountain lion in early November. Surveillance video of the incident shows a dog walker with two leashed animals when a collared cougar emerges from the bushes and goes straight for the smaller of the two dogs. The big cat quickly kills it. According to CBS 8, the wild cat has been confirmed to be  P-22, a notorious male mountain lion in the L.A. area, where it’s often caught on camera in residential neighborhoods and crossing freeways.

“Based on video footage and GPS tracking collar data, we know P-22 was the animal responsible for the attack,” stated the National Park Service.

According to KTLA, the dog walker’s identity has not been released. The dog’s owner, Daniel Jimenez, says he was devastated and shocked when he heard about the incident. While celebrating his daughter’s birthday, he received a text from the dog walker that read, “The mountain lion attacked and took away your dog. [It] killed your dog.”

Read Next: Vermont Woman Attacked By Black Bear After Her Dog Treed its Cub

“We thought it was a joke, but it turned out it was real, and we were just shocked,” Jimenez told KTLA. “I don’t want anything bad to happen to P-22. I just want people to be safe out there so that nothing like this happens again.”

P-22, nicknamed the “Hollywood Cat,” lives in L.A.’s Griffin Park. He is estimated to be 11 years old and is the oldest collared cougar currently being studied in California. He’s the offspring of P-001, which was the first California cougar collared by the NPS in 2002. The 100th cougar in the Santa Monica Mountains urban mountain lion study program, P-22 was first collared in 2012. He was treated for mange in 2014. He’s suspected of killing a koala at the L.A. Zoo in 2016. Officials have not said whether they will take any actions in response to the recent attack.