After running through an open door and into an office building, the mountain lion was sedated and relocated 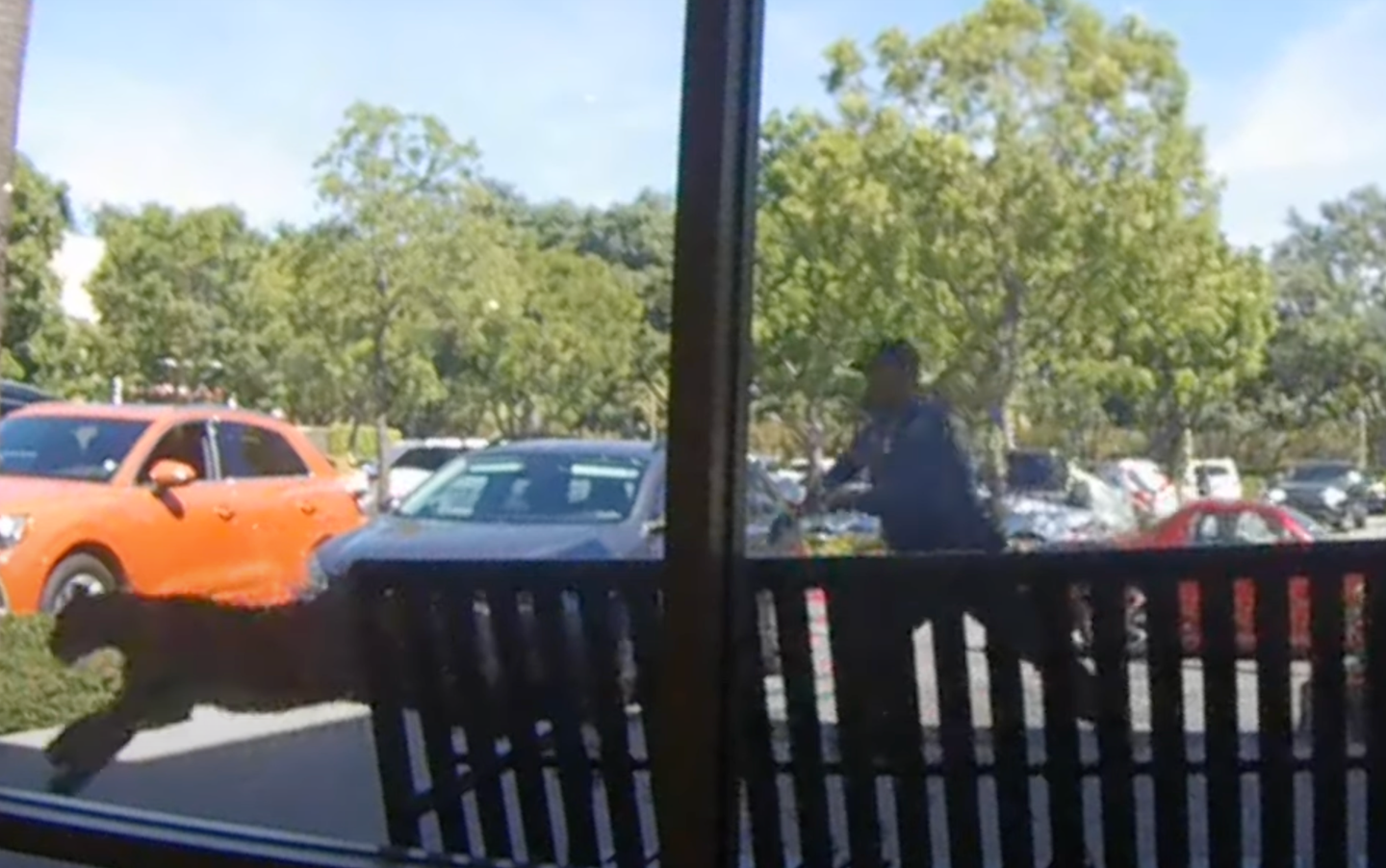 Clients at a salon in Irvine, California were in for quite more than your typical haircut. Some of them saw a cougar up close during their hair appointments on Tuesday, March 22, when the wild cat ran past the business before circling around and colliding against the salon’s window. “All I saw at first was this big thing and a tail,” Elliot Matthews, a Bishops Cuts and Colors employee told The Orange County Register. “It looked very confused. It didn’t look like it wanted to attack. [It] Just wanted to get away from people.”

The lion then ran through an open door into an office building in the same commercial plaza. People in the office quickly moved out of the way of the 113-pound male mountain lion. Eventually,  it was sedated by local veterinarian Dr. Scott Weldy, from the Serrano Animal and Bird Hospital. “The cat was trying to get out and trying to find a place to go,” said Weldy. “It was just sitting in corners, and it climbed up on the tables.”

Weldy has darted more than 500 mountain lions in recent years as part of the area’s cougar monitoring program. He gave the cat a clinical check-up and put a collar on it. Then he released the lion in an undisclosed location, away from people and with the natural habitat required for the apex predator to survive.

The California Mountain Lion Project tracks collared cats throughout the Golden State. The mountain lions who usually end up too close to people are juveniles.  A few days before the shopping center incident, another cougar was spotted swimming in Lake Mission Viejo, not far from Irvine. Animal control officers couldn’t find that cat in the dark and its location remains unknown. People living around the lake have been asked to keep their kids close and pets on leash.