“Something’s Got Me!” Muskie Slams Swimmers Hand Like It’s a Bucktail 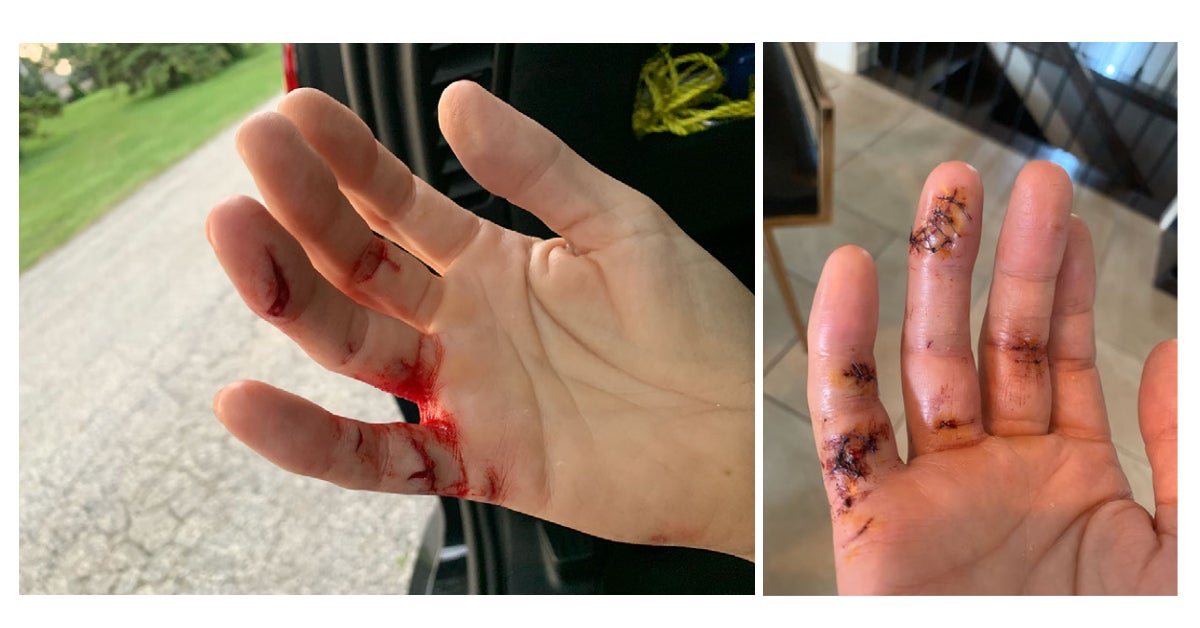 Matt Gervais was five minutes into a swim at Lake St. Clair near Windsor, Ontario, when a big muskie drilled his hand.

“Right away, I’m thinking, Something’s got me!” says Gervais, an experienced triathlete and endurance coach who has completed 13 Ironman competitions and dozens of marathons. “With my face still in the water, I brought my hand up, and I could see this really big, long fish. It was clamped on, and it was heavy.”

Gervais says the bite caused “intense pain.” Instinctively, he grabbed the muskie with his free hand, which startled the fish into releasing its clamp. The memory of seeing the big, apex predator with most of his hand in its mouth quickly became “burned into [his] memory.”

“We sort of had a look at one another before it darted off,” he recalls. “The whole thing was just a few seconds long, but it was a terrifying few seconds—I just couldn’t believe it.”

The muskie left some serious damage. Its toothy bite opened multiple puncture wounds on Gervais’s hand that required 13 stitches to close. The doctor who sewed up his hand found a muskie tooth embedded in one knuckle. The incident took place in 7 feet of water about 50 yards from shore. Gervais was swimming with a buddy, which is an important safety practice for open-water swimmers. With his hand dripping blood and radiating pain, he was grateful to have someone help him reach the break wall and find a ladder to climb out.

Gervais says he’s seen fish below him when swimming in Lake St. Clair during clear-water conditions, “but never anything as big as this.” He believes the murky water conditions following a rainstorm led the muskie to mistake his hand for a baitfish. He’d previously considered the chances of being attacked by a fish while swimming to be “pretty much zero.” Though the recent attack proved him wrong, Gervais won’t let it stop him from swimming in Lake St. Clair.

“When I go back to that spot, I’m sure I’ll be thinking about it, and maybe I’ll kick a little harder and swim a little faster. Maybe I’ll even let someone else lead the way,” he says. “But I’ll get over it.”

Once he got past his initial shock of the muskie attack, his friends made sure he saw the humor of the situation.

“They’ve been sending me a lot of noodling videos,” says Gervais. “It’s not a technique generally used for muskie.”