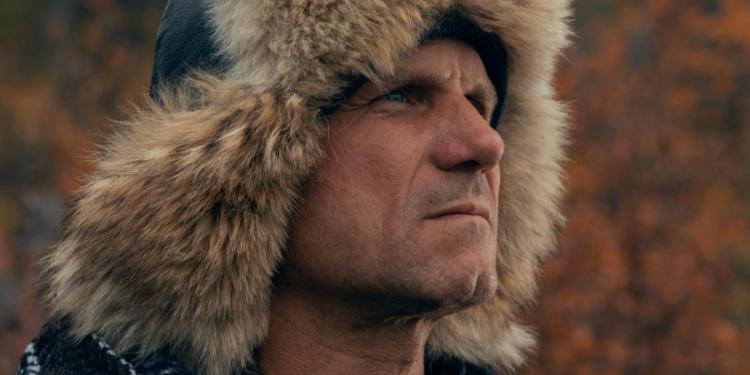 Welker survived the 100-day challenge with skills he's learned from a lifetime in the wilderness. The History Channel
SHARE

In Season 7 of the History Channel’s survival show, Alone, Roland Welker won the $1 million prize by surviving for 100 days in the Arctic. Without food, a camera crew, or a support team, Welker survived with just 10 items to help him build a shelter, hunt, and live alone in temperatures as low as -40 degrees.

Although the show aired a year ago, its recent Netflix release has garnered a whole new set of fans enamored by Welker’s solid survival skills. Welker credits growing up in rural Pennsylvania for many of the skills that helped him win, but he also has spent the last 28 years living in Red Devil, Alaska—a remote fly-in village—trapping, hunting, logging, and working as a big game guide.

Welker brought a wealth of experience as a hunter/trapper to the show, but it was his quiet resilience and his ability to remain seemingly unfazed by the extreme challenges he faced that won over many viewers. That, and the incredible moment he brought down an 800-pound musk ox with one arrow and a belt knife. But we’ll let him tell you the story.

You came into the show with an extensive background of working in the outdoors. How did you come to be so interested in the wilderness?

Just about everybody hunts in central Pennsylvania, and when I was a kid I was goofy for hunting, fishing, and trapping. I was checking my first traps with a flashlight before school in the dark at age 8. And I would get off the school bus, grab my backpack, and go camping by myself starting at about age 11. I could have been good at sports and stuff, but there was no time for that when you had the hunting and fishing and trapping fever like I did. I’m 49 now, and I’ve only just started getting it out of my system.

Did you have moments of doubt during the competition where hunger, loneliness, or anything else made you wonder if you were going to make it through the full 100 days?

Loneliness has never been a problem for me. I’ve lived in the wilderness for two or three months by myself many times. But the hunger factor was real. Even though I had more food than any participant in Alone history, I still got tired of the same old stuff. Try eating meat, even good meat, let alone musk ox for 70 days. It’s hard. Even if you’re full, your damn jaw starts hurting from chewing meat.

What do you think was your biggest accomplishment during the challenge? Taking down a musk ox with a belt knife? Building “Rock House”? Or maybe that creative meat cache?

I’d say the rock house first, then the musk ox. As it snowed and the rock house got more camouflaged, you really couldn’t tell how impressive the shelter was, because it was sort of built into the side of a hill. They’re building a replica of Rock House at Bilger’s Rocks in Pennsylvania.

The musk ox chase was very long. I had a couple of failed opportunities before I finally got an arrow in him. I only carried two arrows and one was bent—that’s what led me to decide on using the knife to finish him. After he was wounded, I tracked him down, and I remember the wind had switched to where he couldn’t smell me coming in.  He was 30 yards away from me, and I watched him lie there for a while. It was getting late and I was a long way from Rock House.

I thought to myself, ‘He might sit there and breathe all night long. I can either go camp out with this thing or go back to Rock House and come back in the morning.’ That’s when I decided I was going to stab that musk ox. All through this, I needed to keep the cameras rolling. In one of the Fireside Chats at the end of the episodes, I compared it to having one arm tied behind my back while I was trying to survive.

I was really struck with how you utilized every part of the musk ox—like using the fat to oil your gloves and put on your face for moisturizer. But when I watched you eat pre-chewed and regurgitated grass out of the stomach, I about lost it. Did you really need to eat it to survive?

Yes and no. I still had several things I had put away: roots, berries, mushrooms, dried fish, marrow bones, the musk ox meat, and the stomach contents. But around day 80 or so I got tired of eating the same stuff every day. I was just hungry for something different. I thought, ‘I’m gonna try the stomach contents.’ And I couldn’t believe it. It was awesome compared to eating meat all the time. From then on, I really looked forward to eating it. They didn’t have that bad a flavor. It sort of tasted like silage smells.

Read Next: Could You Survive on Beaver Brains?

What was your first meal after the show ended?

When the crew took me back to base camp, they brought me back slowly. My first meals were just some thin soup. I said man, I don’t need that. Give me something good. But they wouldn’t since they have a protocol to follow. Four or five days after I came out, we went to a restaurant in a town called Yellowknife. Of course, I ordered up a big beef steak and French fries, and the crew let me have one beer. After they all went to their hotel rooms, I went back to the bar and had six more.

This interview was edited for length and clarity.