Python Hiding in Toilet Bites Man in the Buttocks

The victim, Sabri Tazali, was in his own bathroom, minding his own business, when... 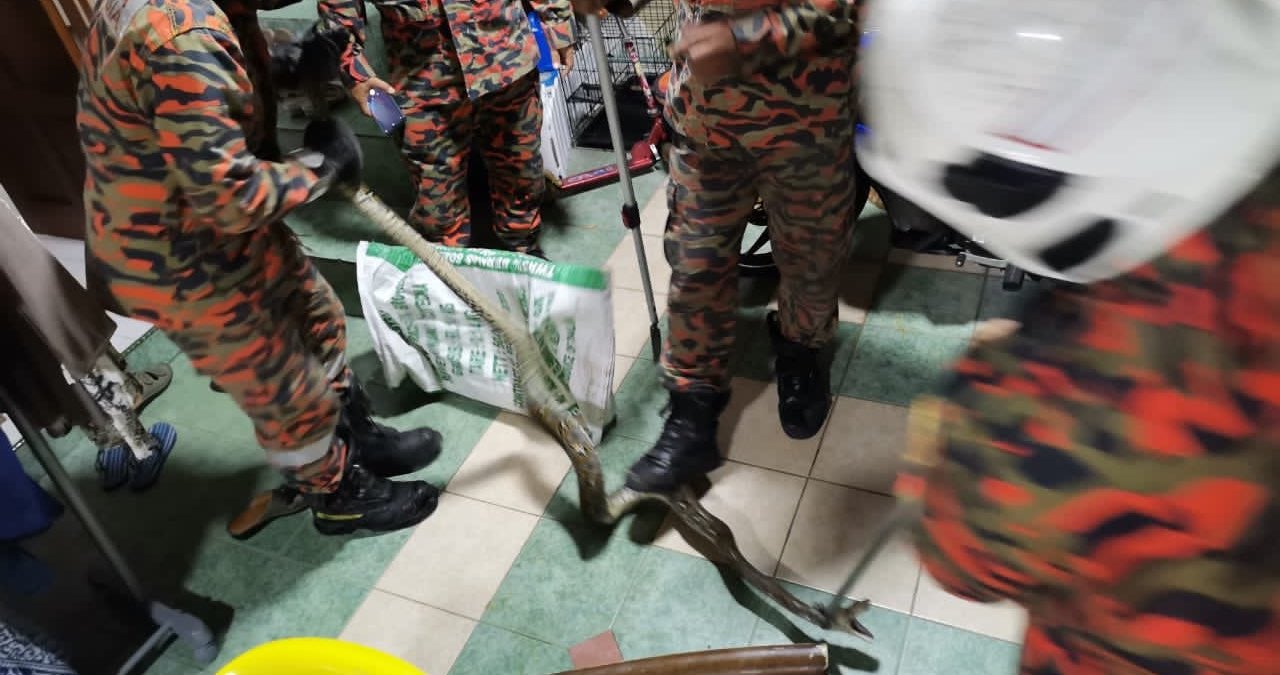 Malaysian firefighters were called in to deal with the snake. Sabri Tazali
SHARE

I, personally, think about this scenario happening so often that when it finally does, it’s almost a relief, proving that I’m not crazy. A 28-year-old Malaysian man named Sabri Tazali was minding his own business in his own home, doing what he frequently does, which is to play video games on his phone while he goes to the bathroom.

Let’s pause there for a second, shall we? I submit to you that this is one of the most commonplace things that happens in our digital world today. We may not all play video games on our phones in the bathroom, but many of us do. We may not all emulate Mr. Tazali in playing for 15 minutes at a time, as he reported to The Star, a Malaysian newspaper, but the amount of time is not really the point. The point is that as he sat there minding his own digital business, Sabri Tazali was bitten forcefully in the buttocks region by a python that was hiding in the toilet.

He then had the perfectly normal reaction of pure, unadulterated terror. Then Mr. Tazali calmly ripped the serpent from his hindquarters and, quite sensibly, hurled it at the wall. He wanted to open the door at this point, but told the newspaper, “I panicked, so I accidentally smashed the door.”

There is no word as to which buttock was attacked. He immediately called the fire department, which—you can see this in his Twitter post—dispatched four men in off-brand camo fatigues and helmets, who subdued and captured the snake. The python is big—a good 6 feet at least—and looks exceedingly mean-tempered. I, personally, would not have been content with being panicked. I would have gone into shock.

At the hospital, Mr. Tazali was immensely relieved to learn that the snake was not venomous. He was treated, given a tetanus shot, and released. Two weeks later, however, he discovered python teeth embedded in the aforementioned buttock area. Apparently, if you yank hard on a python while it is attached, it may leave some teeth behind.

The family replaced the bathroom door. But Mr. Tazali has been so traumatized by the event that he now makes use of the toilet in a nearby mosque rather than use the one in his own home. I can’t say that I blame him.