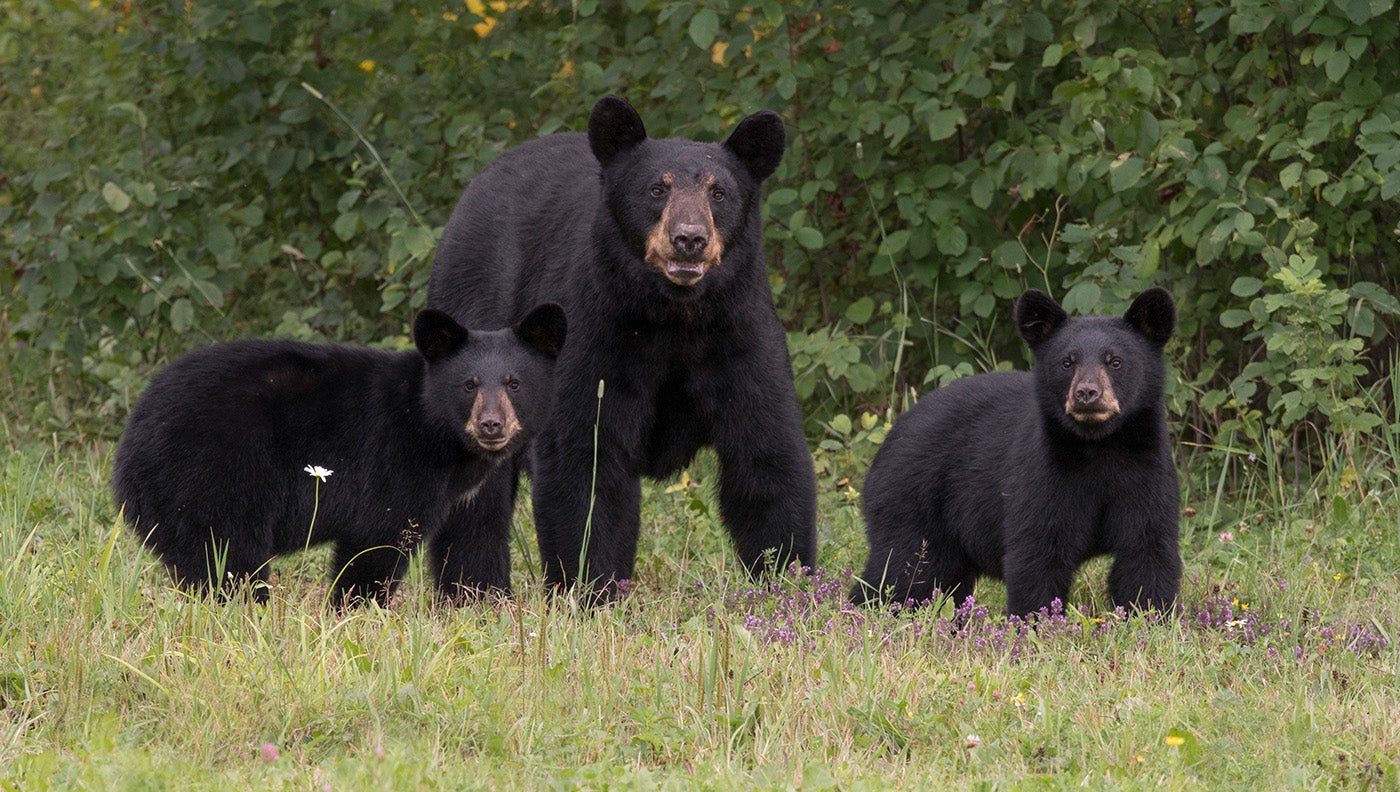 A bear biologist and a game warden determined that the woman had likely surprised a sow with cubs. S.J. Krasemann via Getty Images
SHARE

A 61-year-old Vermont woman was charged and bitten by a black bear on Saturday, August 20 while walking her dogs on a trail that runs through her property. According to the Vermont Fish & Wildlife Department (VFWD), Susan Lee of Strafford, Vermont had just lost sight of her two dogs—a Jack Russell terrier and a labradoodle—when she heard a loud noise and realized a bear was charging her.

“Ms. Lee stated that she tripped on a stone wall as the bear charged her. She then felt pain in her upper left leg and realized the bear was on top of her and had bitten her,” explains the VFWD. “[She] stated that her Jack Russel terrier intervened by barking at the bear, which got off her and appeared to focus on the dog. [She] got up and retreated down the trail, followed by her terrier…without a further sighting of the bear.”

Once Lee made it back to her house, she called 911 and texted a neighbor, who transported her to the Gifford Medical Center where she was treated for non-life threatening injuries. Injuries sustained during the attack included a bite wound on her upper left leg and multiple scratches on both of her sides.

A VFWD bear biologist and a game warden inspected the site where the attack occurred. They determined that Lee and her dogs had inadvertently provoked a sow black bear and her cubs during the surprise encounter. They made attempts to track and locate the bear but were ultimately unsuccessful.

“Bear attacks are extremely rare in Vermont,” bear biologist Jaclyn Comeau said, noting that the department has records of only three prior bear attacks in the state.  “However, at this time of year, black bears are moving in family units and mothers will be protective of their cubs.  If confronted by a bear, it is essential to remain calm and back away slowly, and to fight back immediately if attacked.”