Last July, Wes Kufeld of Estes Park, Colo. survived a bush-plane crash during a fishing trip in southwestern Alaska. We... 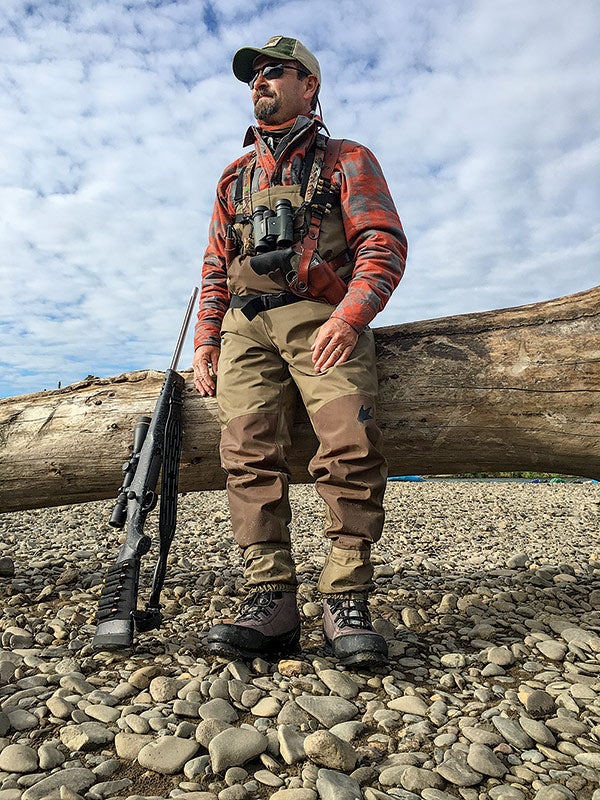 We had only a brief window of good weather to take off. It was a drizzly morning, but we had a connecting flight to catch, so we wanted to get going. Four buddies and I had spent the week floating the Holitna River for Arctic char, grayling, and salmon, and we’d hired a pilot to fly us back to Aniak in his Cessna 206. The runway was a grassy area between some trees, and as we got going, something felt wrong. The plane seemed slow and heavy as it lifted off. It climbed to about 50 feet, and then suddenly jerked right, took a hard left, and plunged.

I had no time to think. It was like riding on the world’s worst roller coaster. We hit the ground on the edge of the runway, and then tore into the trees. The prop chopped through brush and branches like a huge weed whacker. I was completely disoriented by the noise of it all. I had no idea whether we were going forward or backward, or rolling over. Then came the crunch of the plane’s tail crumpling sideways. I braced myself; I was just waiting for metal to slash through my body.

But then we stopped. Everything fell silent. Did we just make it through that? There was no smoke or fire coming from the plane. We hurried to climb out, and I was amazed that none of us had been killed, because the back of the plane was totally smashed. Some guides on the ground later told us that the crash was the most horrific thing they’d ever seen. None of them thought we would make it out alive. I’d been nervous about running into bears, or a moose with calves, while we were fishing on the river, but going down in a bush plane hadn’t even crossed my mind. I still can’t believe we walked away from that O.K. —As told to Joe Albert