The 10 Toughest Shots on Deer (and How to Make Them)

You’re not Bill Heavey. When you miss the one shot you get all season, you don’t write about it and... 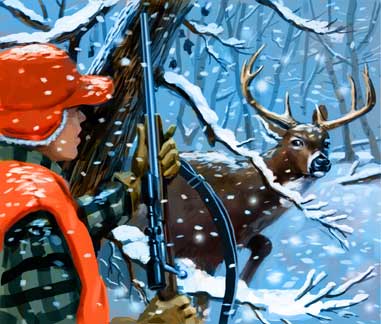 You’re not Bill Heavey. When you miss the one shot you get all season, you don’t write about it and get fan mail and a check. Your friends and family look at you contemptuously. Your dog pees on your boots. Or vice versa. That’s why I’m here. I am the Anti-Heavey, come to help you triumph this season. Click through the slides at left to learn how to connect in 10 difficult situations.

Once in awhile you’ll blunder into a buck so close that you could practically swat him with your muzzle. Many of these shots are missed because hunters panic and point their guns in the general direction of the animal instead of actually aiming.

The solution is simple: Aim. Pick an attractive spot on the beast, put the crosshairs on it, and squeeze the trigger. 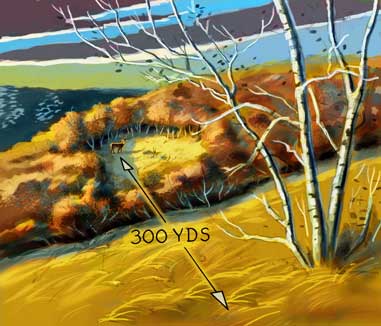 In open country, if you intrude into a big buck’s universe, he will vanish. So your best chance of putting him in your freezer is to shoot from another solar system where his hyperdeveloped sense of survival doesn’t operate, and plan the shot in advance.

First, figure out where your future trophy exposes himself, then pick a spot downwind 300 yards away where you’ll have an unobstructed shot. Be in place an hour before the deer is. Get into a steady rest. You should know in advance where you’ll hold. Big bucks do not dawdle, and you’ll have only a second or two in which to shoot, so don’t hesitate. 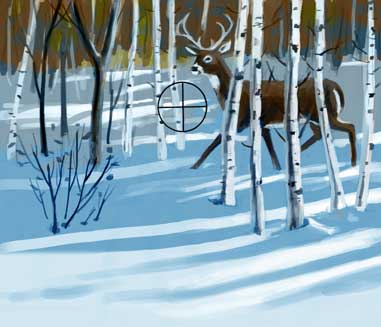 This shot comes mainly to standers on drives, and there are two ways to do it: Lead the buck as you would a bird, or pick a spot where he will pass, hold on that spot, and shoot the instant he moves into it. If you choose the former, I can’t tell you how much to lead because there are too many variables involved. The best advice I can give is that it’s far more blessed to aim too far ahead than too far behind; you’ll either miss clean or hit something vital. Aim too far behind and you’ll have a gut-shot deer on your hands. Keep the gun moving before, during, and after the shot.

If you choose to pick a spot and wait, remember that timing is everything. Hold on the front third of the shoulder. The deer covers ground even in the milliseconds it takes for the bullet to travel from muzzle to animal. 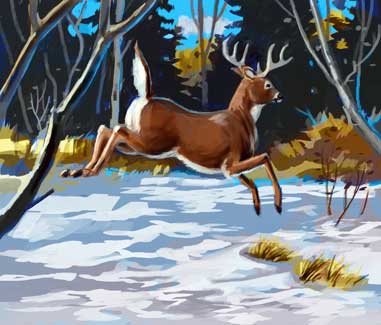 Unless you have plenty of opportunity to practice on a realistic running deer target, forget about it. The odds are bad, no matter what the circumstances. Follow him in your scope in case he slows or stops, or try whistling at him to make him pause. If he keeps running, hold your fire. 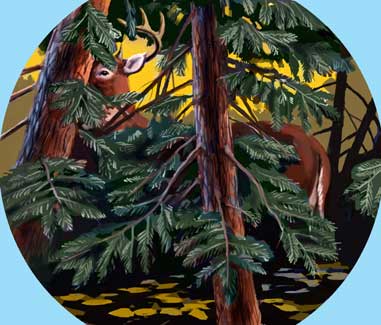 Some deer do not bolt at the first sign of a hunter. Instead they’ll lurk behind cover and wait. The really cool ones will let you come within a few feet and then explode from their hideout, causing you to wet yourself.

So how to make this shot? Use your binoculars. Look for an antler, an ear, an eye, or a nose. If you can pick up three or four reference points, you can often get a good idea where the buck’s body is. Your next step is to figure out where his lungs are and find a hole in the brush through which you can slip a bullet.

I wouldn’t try this shot unless I was less than 100 yards from the deer and had a steady rest. And forget that stuff about your brush-bucking bullet bucking the brush. It won’t. 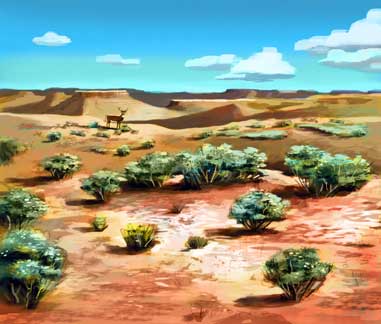 Tough Shot 6: Out on the Prairie When the Wind Is Blowing and You’re from the East and Haven’t Seen a Deer in the Open Before

Tough Shot 6: Out on the Prairie When the Wind Is Blowing and You’re from the East and Haven’t Seen a Deer in the Open Before

Less-than-charitable Western outfitters call it “Pennsylvania hunter syndrome—a nimrod takes an easy shot and turns it into a tough one by:

(a) Overestimating the range. Deer look much farther away when they’re in the open. Use a rangefinder.

(b) Overestimating the effects of wind on the bullet. Unless you’re 300 yards away or more, and/or you’re shooting in a cyclone, the effects are negligible. Hold on the vitals. 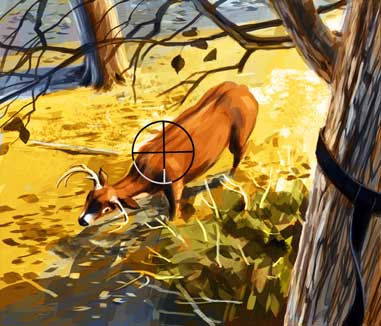 Tough Shot 7: Directly Below You

Tough Shot 7: Directly Below You

Shun, oh shun, shooting at a deer’s rear end in the hope that the bullet will travel through the gut and hit vitals. Not only is the “Texas Brain Shot-Â¿ a terrible thing to do to an animal, but it also leaves you with a mess, and it’s not reliable. Aim instead at the center of his neck just above its base. You’ll either kill him instantly or knock him down long enough to catch up and finish him off.

Tough Shot 9: Downhill or Uphill at a Distance

Aim low either way, but I can’t tell you how much-“the exact amount depends on range and trajectory. I can tell you that most people miss these shots because they overcompensate and aim way low. No matter what the angle or distance, Never hold out of the hair is the golden rule.

A deer may catch you when you are unable or unready to shoot. You can fire, unprepared, in which case you may get lucky and kill him, but more likely you’ll either miss or wound the animal. Take a few seconds to collect yourself before shooting. If you’re not capable of doing that, take your humiliation like a man and keep your finger off the trigger. It’s the sportsmanlike thing to do.

And remember in your shame and sorrow that the good deer hunter is the perpetually ready deer hunter.