The World’s Most Accurate Cartridge

For printing tiny groups from the bench, nothing beats the 6mm PPC 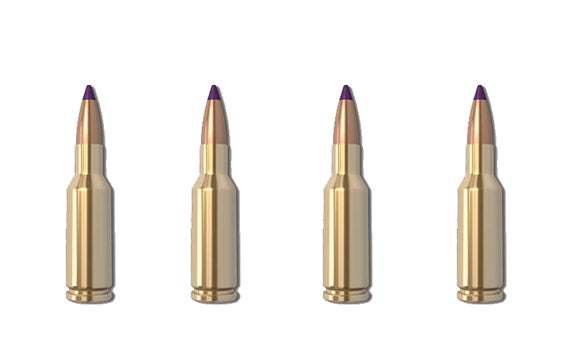 In response to my post of December 11, jhjimbo asked if there is a most “inherently accurate” cartridge. The answer is, yes. Like most things having to do with guns, this subject is full of contradictions and complexities. I’ve seen extraordinary groups from everything, including the .30/30 and the .50 BMG, neither of which was designed to group well. If you go about it with enough expertise and money, you can get very small groups from just about any round.

But the most accurate cartridges are those that were designed for accuracy in the first place. The .30/30 was intended for deer, and John M. Browning created the .50 BMG for people, trucks, airplanes, and whatever else got in your sight picture. If you get great groups, it’s mostly in spite of the cartridges, not because of them.

Reader crm3006 mentioned the .222. There was a period from 1950, when it was introduced, to 1974, when the PPC cartridges debuted, when you would have had to rate the .222 as the most accurate round around. It was debuted in Remington’s unlovely but accurate Model 722, which was a hunting rifle, but benchresters caught on to it very quickly. I don’t think I ever saw a .222 that did not shoot well, and a great many of them shot spectacularly. In any discussion of “most accurate,” the .222 deserves mention.

What Makes for an Accurate Cartridge?

First and most important: The less powder the case holds, the more accurate the cartridge will be. Humungous charges of propellant increase recoil and muzzle blast and magnifies the vibration of the barrel and the rifle itself. You can build an accurate rifle for a pile-driving cartridge, but it’s doing things the hard way.

You need a case that can fit the chamber precisely. This means minimal body taper, a sharp shoulder, and plenty of neck. Such a case, properly resized, will engage the chamber walls with no slop or wobble, which in turn means that the bullet is precisely centered in the bore.

But all this is null and void if the manufacturer turns out sloppy brass. A poorly made case will never shoot well regardless of how it’s designed. And a careless handloader can render even the best cases null and void.

Today, the most inherently accurate factory cartridge is probably the 6.5 Creedmoor. It’s designed for accuracy above all things, and its heavy, highly streamlined bullets buck the wind much better than the little slugs from the .222. The Creedmoor is helped considerably by the fact that people who buy one expect it to do marvelous things, and will turn ugly if it doesn’t. Therefore, the ammo companies put a great deal of effort into making good cartridges and components, and many rifle makers who chamber for the Creedmoor do so with care.

But there’s no doubt that the most accurate cartridge, period, is the 6mm PPC. It was jointly designed by Ferris Pindell and Dr. Louis Palmisano, who were two of the most accomplished benchrest shooters of their era, and it appeared in 1975. It’s intended solely for benchrest shooting; because it’s so straight-sided it doesn’t feed worth a damn in a repeating action, and it’s no good beyond 300 yards as far as groups go.

Based on the .220 Russian case, it’s short, sharp-shouldered, uses small-rifle primers, a small powder charge, and 6mm bullets, usually 70-grainers, that buck the wind. Brass is commercially available, but I don’t know of anyone who makes factory ammo, since all benchrest shooters roll their own. It’s our most inherently accurate cartridge right now, and if someone told me to go out and print the smallest groups I possibly could, I’d see where I could borrow a 6mm PPC.