Smallmouths spawn in a hurry and then keep you guessing as to whether they’ve moved out to their summer haunts,... 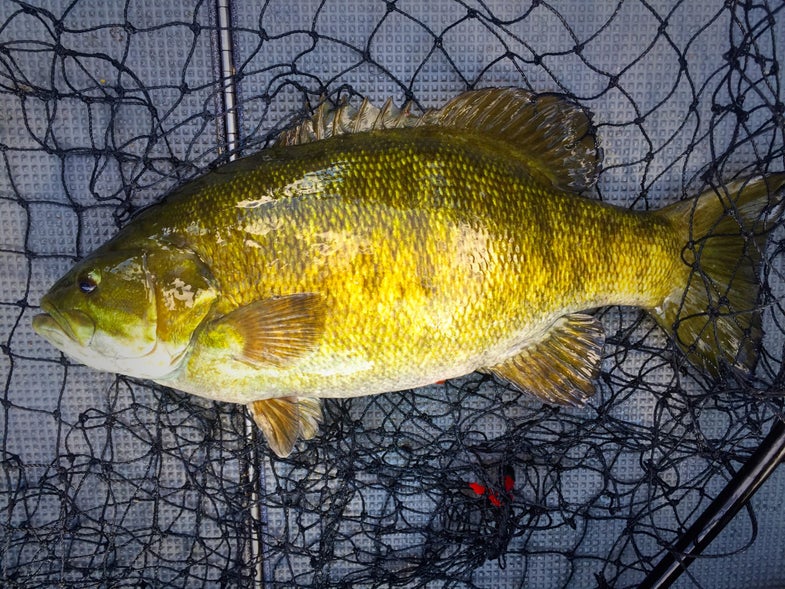 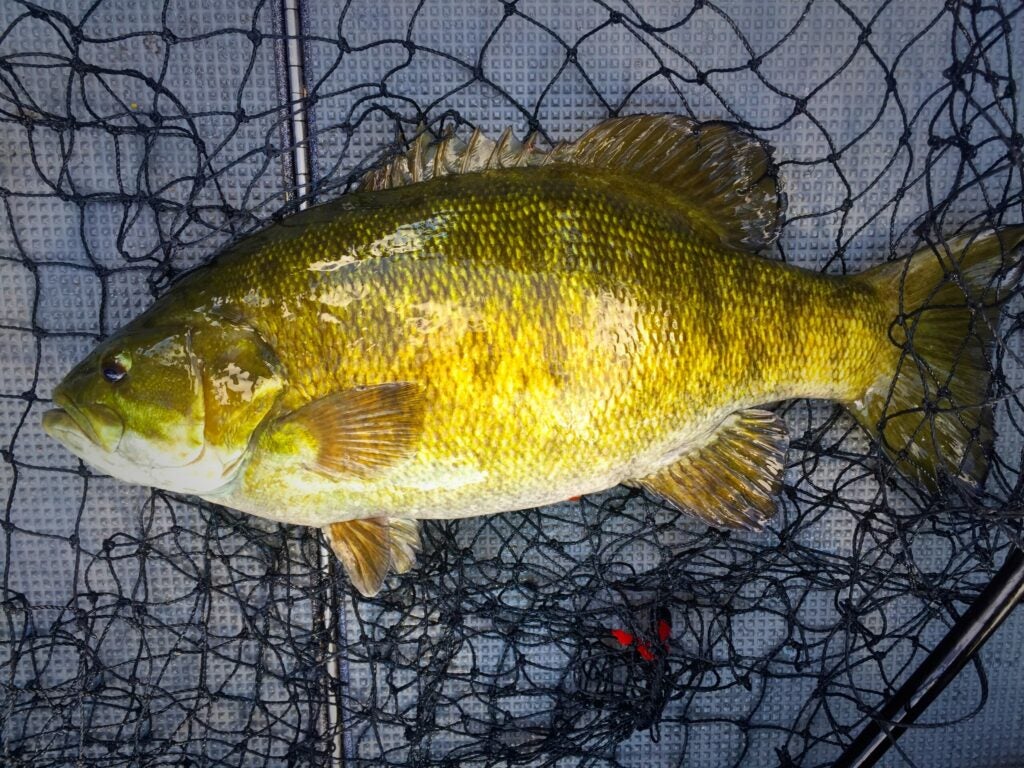 Postspawn smallmouths may put on the feedbag in shallow water, but it doesn’t mean they can’t be incredibly wary.

Smallmouths spawn in a hurry and then keep you guessing as to whether they’ve moved out to their summer haunts, or if there is still another wave of spawners that you should be looking for. Depending on where you live, you can face this frustration May through July. I’ve spent countless hours chasing brown bass and I’ve come to the conclusion that it’s best to stick with the shallow flats during that uncertain period, but to concentrate your efforts on covering water. Most importantly, I’ve learned that too hard or too fast isn’t the answer to success. If you’re willing to put down the jerkbaits, take your time, and play they finesse game, these three lures and presentations will get it done.

The Fluke A soft plastic jerkbait like a Zoom Fluke is often just what the doctor ordered when smallies aren’t committed to a particular shallow spot like a bed, weed edge, rock, or a particular piece of cover. I find the Fluke to be a little slower and more forgiving than hard jerkbaits, or say, burning a spinnerbait. A Fluke can be worked a little slower to worn out post-spawners that are a little more lethargic. Plus, if they take a swipe at it, I suppose it must feel a little softer and more realistic to them, consequently making them return for a second more committed strike. If you have the discipline to commit to this pattern for a full day of long casts consisting of twitch, pause, twitch, pause redundancy mixed with miles of flats coverage, then you’ll likely string a decent bag together. The beauty of this is the sub-surface followers that you call to the bait. I simply love the action it provides. If you could figure out what slower and smaller bait then triggers the followers on a quickly executed return cast, then you can really dial in the better smallies.

The Roller Jig The “roller jig” pattern is usually intended for deeper flats, weed edges, or full-blown summer holes. It’s basically slowly reeling a football head jig with a skirted Hula Grub along the bottom at a continuous pace. It even sounds like a summer thing, but the caveat is that smallies are always suckers for crawfish, and the dangly appendages of a Hula Grub give the moving bait a lot of action if the bass prefer biting on the bottom in the shallows. This is particularly lethal on flats with a gravel bottom.

The Ripple Effect So, the “ripple effect” is my terminology for a fast-paced wacky worm continuously bulging the surface. Just as the Fluke is more forgiving than a jerkbait during the postspawn, the rippling wacky worm is more forgiving than a treble hooked hard topwater bait. It’s basically a topwater, but presented slower and softer. I like to use a lighter colored worm with shiny flake for this pattern. This is one of those things that I have worked on for a while, but not many anglers do, so if you haven’t tried it, be sure to give it a whirl. Cast the wacky rigged worm (a 4 inch Slim Senko works well) super far on light line, keep your rod tip popping at about 10 o’clock, and continuously reel slowly. The worm should look like a wounded minnow subtly rippling on the surface. As soon as you see a smallie following the bait, kill the action, and 9 times out of 10 the follower will commit.