Trump to Chesapeake Bay Cleanup: Best of Luck to You 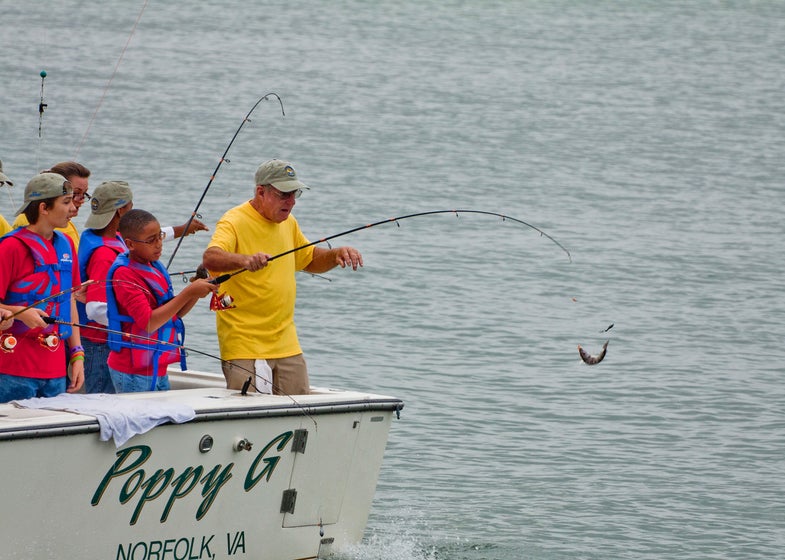 President Trump, who has cited Ronald Reagan as the kind of Republican he admires, has a funny way of expressing that regard.

In 1984, President Reagan described the Chesapeake Bay as a “treasured national resource” and called for a sizable boost in the EPA budget to begin “the long, necessary effort” to clean up the country’s largest estuary. Every president since—including the ones you liked and the ones you hated—has supported and funded the cleanup. Now comes Donald Trump with his own bold plan. His budget proposes reducing the current $73 million annual federal funding for the EPA’s Chesapeake Bay Program—which steers the state-federal partnership, directing and conducting the cleanup—to zero, starting October 1. That’s right, not one red cent.

The bay—200 miles long, up to 30 miles wide, recipient of river water from six eastern states—is the nation’s largest estuary. It wasn’t just a protein factory, it was the protein factory, producing more seafood per acre than any other body of water on earth. Hauls of oysters in the millions of bushels were common into the 20th century. It is estimated that in pre-colonial times there were enough oysters present to filter all the water in the bay every 3.3 days. By 1980, the same task took 325 days. In the 1970s, the bay was found to contain one of the earth’s first marine dead zones—waters so depleted of oxygen that they can’t support life. Masses of oxygen-starved crabs would, and still occasionally do, crawl ashore to breathe air, a behavior known by the macabre term crab jubilee.

The bay, like a productive fruit tree whose branches require support to keep from breaking, has always been a fragile thing. Its average depth is just 21 feet. Even the early colonists—not tree huggers by anyone’s standards—recognized a duty to take care of a good thing. Conservation laws were being passed as early as 1670, when Virginia prohibited the obstruction of migrating fish.

Three hundred and forty-seven years later, our elected leader knows better. Let the bay pull itself up by its crabber’s bootstraps.

“It’s just unconscionable that Congress would let that all slip away by terminating it,” said Donald Boesch, president of the University of Maryland Center for Environmental Science. To me, it would be worse that unconscionable. It would be disastrous, tragic, and just plain stupid.

Since Congress must approve the budget—and even Republican representatives like Virginia’s Scott Taylor have said they don’t support the reductions—it’s unlikely that the EPA’s Chesapeake Bay Program will be totally defunded. But, as David Goldston of the National Resources Defense Council points out, “The danger is that people start taking it seriously as a point of negotiation.” Even if the administration grudgingly meets cleanup supporters halfway—$36.5 million—it will set efforts back by years.

It’s interesting to compare what members of the Trump administration said to get power with actions they propose once they get it. During his confirmation hearings, Scott Pruitt, now administrator of the EPA, called Chesapeake Bay cleanup efforts “something that should be commended and celebrated.” He pledged to enforce a pollution reduction plan that the EPA had hammered out with states. He said he would continue the effort to get federal resources.

Recently, when asked how Trump’s budget squares with that testimony, an EPA spokeswoman responded by email, writing that it “reflects the President’s priorities of preserving clean air and water as well as to ease the burden of costly regulations to industry.”

There’s a technical term for such language: doublespeak.