Canyon Mansfield of Idaho was playing fetch with his yellow Lab when the 14-year-old accidentally detonated a cyanide trap, injuring... 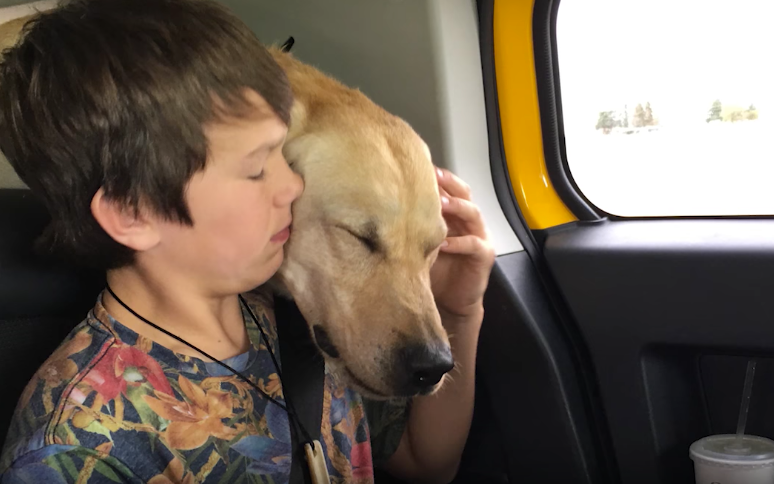 Canyon Mansfield of Idaho was playing fetch with his yellow Lab when the 14-year-old accidentally detonated a cyanide trap, injuring himself and ultimately killing his dog. The trap was planted by the U.S. Department of Agriculture with the intent of killing coyotes.

“I see this little pipe that looked like a sprinkler sticking out of the ground,” Mansfield told East Idaho News. “I go over and touch it. Then it makes a pop sound, and it spews orange gas everywhere.”

Mansfield and his dog were on a ridge just a 10-minute walk from their home. When the device went off, a cloud of sodium cyanide powder filled the air. Once Mansfield was able to wash the chemical out of his eyes with snow, he noticed that the dog was starting to have a seizure. By the time Mansfield ran home and returned with help, the yellow Lab was dead.

The device that killed the pet was an M-44, which the USDA uses to control coyotes, wild hogs, and wild dogs. M-44s have four main components: a capsule holder, a cyanide capsule, a spring activated ejector, and a 6-inch stake. Usually bait is smeared onto the capsule holder, which entices a pull from wild animals. When detonated, the device shoots cyanide into the animal’s mouth, causing it to go unconscious and die within minutes.

The family says that no one in the neighborhood was aware of the traps, and questions the actions of the USDA. Mansfield’s mother explained to East Idaho News that there was no posting about the traps and that the family never received a letter stating that the devices had been put out within proximity of their home.

The USDA has since removed all M-44s from the area and is reviewing the incident. A statement from the Department noted that this was the first unintentional cyanide-trap detonation in Idaho since 2004, and the USDA states on its website that 97 percent of detonations are by the intended animal targets. What’s more, the devices are “only set at the request of and with permission from property owners or managers,” a spokesperson said.

As the Washington Post points out, the USDA keeps record of accidental M-44 “takes,” which, since 2008, have resulted in 230 unintentional dog deaths nationwide.

In response the incident in Idaho, R. Andre Bell, a USDA spokesman, expressed remorse that Mansfield’s dog was a victim of an accidental M-44 take. “[The USDA] understands the close bonds between people and their pets and sincerely regrets such losses.” He also noted that the USDA intends to reviews its procedures to determine whether the risk of such accidental discharges can be further reduced.

Field & Stream has reported on the threat coyotes pose to other wildlife, as well as the troubles of managing them. To help control these varmint populations, the Environmental Protection Agency has deemed M-44s suitable for trained persons to use.