Melissa’s First Buck by FieldandStream Sometimes the best stories in deer camp aren’t about deer at all. But, it often... 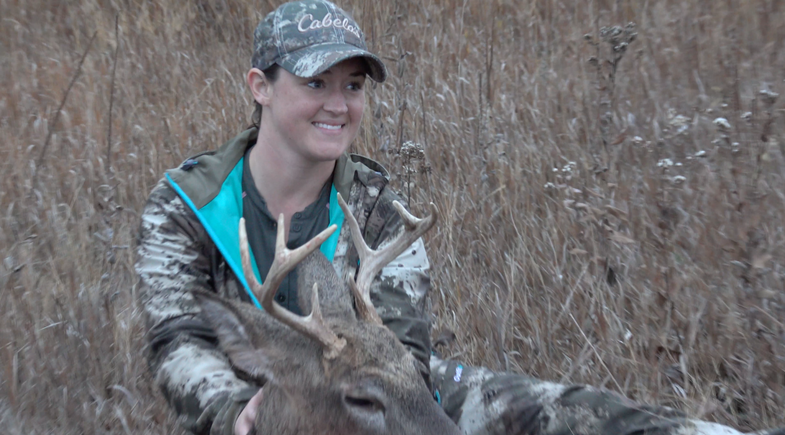 Sometimes the best stories in deer camp aren’t about deer at all. But, it often takes the highs and lows of hunting to bring them out. When I stepped off the plane in Nebraska last fall for a November bow hunt, Melissa Joy Shutter was the second person I met. Over a Jimmy John’s dinner on the long drive to camp, I learned she grew up in New York, two towns from where my wife and I had just bought a house. One of my good friends in upstate, it turns out, spent much of his childhood in Melissa’s father’s custom butcher shop as an adopted son of sorts. The world is small like that and we were fast friends. When I learned she had small game hunted her whole life, but never seriously deer hunted until she moved to ‘braski, and that she’d killed a few does but never a buck, I knew then and there we’d see this hunt through together.