Who says you need to go to the Amazon to catch big peacock bass? Back in the 1980s, this tenacious... 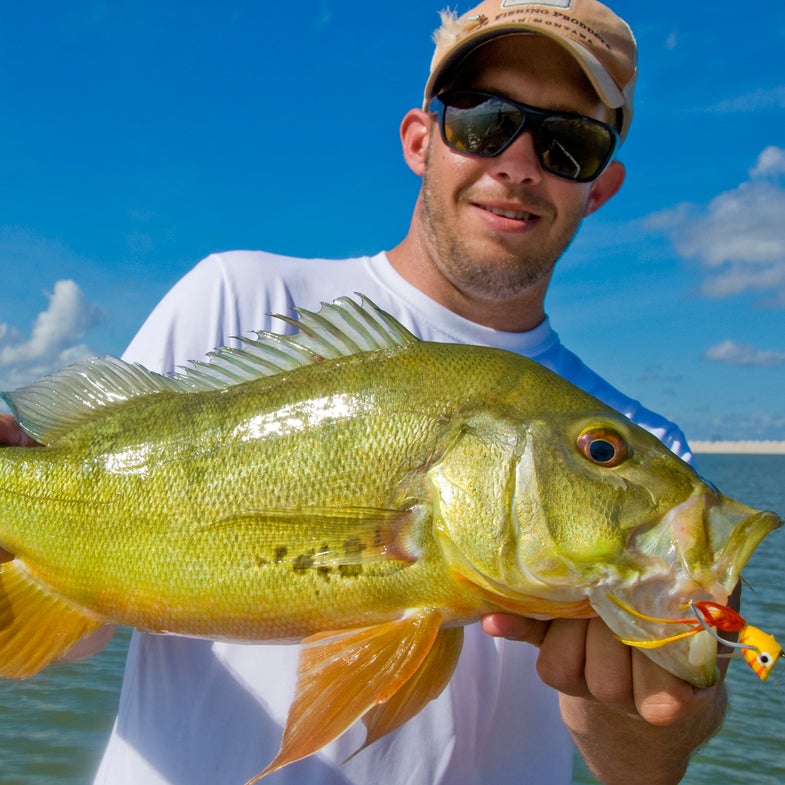 Who says you need to go to the Amazon to catch big peacock bass? Back in the 1980s, this tenacious predator species was introduced to the vast network of freshwater canals and lakes around the city of Miami. Here, in the warm, muggy climate of South Florida, peacocks have flourished, offering anglers a taste of the exotic, but for a cheaper plane ticket and less of a travel hassle. They are mean. They are ravenous. And they strike anything from live bait, to artificials, to flies with deadly force. Oh, you can sight-fish them, too.

The Deal: There are hundreds of square miles of canals weaving through Miami, and guide Roger Gonzalez knows them like the back of his hand. One minute you’re fishing behind the airport, the next you’re in neighborhood back yards. But at each dead end, at each corner, and around each submerged shopping cart, there are peacock bass ready to strike. Gonzalez also has the local lakes wired, where the scenery may not be as unique, but the fish are bigger and less pressured.

When To Go: It’s possible to connect with peacocks any time of year, but these fish are extremely sensitive to the cold. Even a long dip into the 60s can shut them off, so chasing them in the winter can be a gamble, and action hinges solely on Miami’s winter temperatures. May is breeding season, when you can find pair after pair of peacocks on beds that will destroy anything that gets too close. During the summer and fall months, catching bigger fish in public water becomes a challenge, but the action with numbers stays strong, and topwater lures are major players. Unlike other freshwater gamefish, the hotter and sunnier it gets, the hungrier and more aggressive the peacocks get.

What To Bring: Aside from sunscreen and a good pair of polarized shades, flycasters should bring a 6- or 7-weight outfit spooled with a tropical floating line. Ten-pound fluorocarbon tippet gets the nod, as these fish dig hard and will snap anything less in the blink of an eye. Make sure you’ve got a box of small to medium foam poppers and plenty of flashy Clouser Minnows in white and chartreuse. Conventional anglers will want medium-action spinning and baitcasting rods, and reels loaded with at least 10-pound monofilament or 15-pound braid. Gonzalez takes no chances with leader failure and most often ties lures directly to his braid. Poppers, Spooks, prop-baits, and jerkbaits in natural colors turn on the bite.

How To Fish: Peacocks, like most other still-water gamefish, orient to structure that provides a good ambush point. If you’re fishing the canals, target the corners where two canals come together, eddys behind any protruding structure, or the backs of coves. Any submerged cover, from natural grass to a sunken lawn chair, will hold fish. On the lakes, submerged rock points, overhanging banks, and sand flats adjacent to deep water are prime holding areas. Gonzalez uses a topwater as a search bait. Once he gets one strike to fire up the school, he’ll pitch flies, jerkbaits, or live shiners to catch as many as possible.

Where To Stay: There are loads of chain hotels and motels around Miami International Airport, and the folks at Bassonline.com (South Florida’s premier peacock outfitter) can help you choose the best one closest to where you’ll be fishing. However, South Beach isn’t too far from the action, so if you’re looking for accommodations near the ocean that are a bit more swanky, check out Visitsouthbeachonline.com