Were They Tougher Than We Are?

Abie DuPlooy, the PH with whom I hunted in Zambia in 1987, declared that the worst ride was better than... 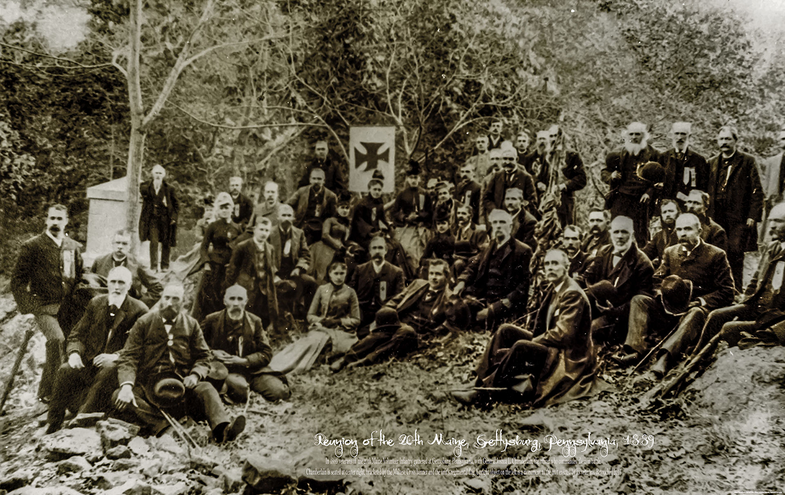 The 1889 reunion for veterans of the 20th Maine Volunteer Infantry, at Gettysburg, Pennsylvania. Wiki
SHARE

Abie DuPlooy, the PH with whom I hunted in Zambia in 1987, declared that the worst ride was better than the best walk, and then proceeded to walk both of us so hard that I lost 15 pounds in 10 days. Being a hunter, I’ve always had an interest in walking; specifically, how to avoid it as much as possible.

I think that walking long distances has gone out of fashion in the sport. You can go on some dandy hikes in Africa, and if you hunt elk on foot, or sheep, or goats, you’ll walk a bunch, but otherwise you ride around and look or sit on your ass and wait.

So it is with awe and amazement that I read of the marches made by soldiers in the Civil War. To put it in perspective, Plebes at West Point make a march of 12 miles with a full combat load which is regarded as a real trial (I almost wrote “ball breaker,” but this is not only politically incorrect, but anatomically inaccurate as well in some cases) and to earn an Expert Infantryman badge, you have to march 12 miles in 3 hours with a 70-pound combat load. Four miles per hour is really moving, just short of double-timing.

However, let us contemplate the marching agenda of the 20th Maine Infantry Regiment which, during late June in 1863, took a number of consecutive strolls through Pennsylvania on its way to a town called Gettysburg.

This is only part of the story. We must also factor in the following:

The weather during this period was 90 degrees plus. The Mainers were dressed, as all Yankee soldiers were, in wool uniforms.

The Union soldier’s combat load was 40 to 50 pounds.

These marches were made with little water, or no water. Shrewd officers would try to find water for their men, but it was left almost entirely to chance. If a thirsty unit found a well, they would most likely drain it dry, leaving the next unit in the line of march SOL.

Falling out was so common that regiments would finish a march with only a quarter or a third of their men. The stragglers would stagger into camp after dark. Company commanders carried pre-signed slips of paper authorizing soldiers to fall out if they were unable to go on.

The roads were all dirt, so dust or mud were constant. If you were marching behind a cavalry regiment you had to watch your step.

Conditions on the march to Gettysburg were so horrendous that every day several soldiers died of heatstroke or exhaustion. The commander of the 20th, Colonel Joshua Lawrence Chamberlain, had a horse to ride, but he walked instead to set an example for his men. Chamberlain collapsed from heatstroke but recovered in time to win a Medal of Honor at Little Round Top.

Soldiers of the Civil War were smaller than they are today: 5’7” and 140 pounds as opposed to 5’9” and 180 pounds, but they were very hard customers. The 20th Maine was made up of largely of fishermen, trappers, farmers, and loggers, whose civilian lives were spent in hard physical work.

Even so, that kind of forced marching pushed them to their limit, and sometimes beyond it. You’re welcome to try it. I’ll pass, thanks.