What Hunters Need to Know about Cholesterol

Strength and weight are important for hunters to track, but don't forget about cholesterol. 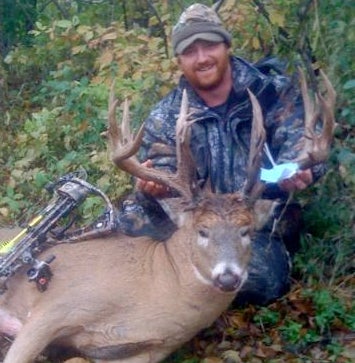 Three years ago, the last time Jerry Robinson bagged a buck, he dragged the carcass a mile. Now 70, Robinson, who stands 5-foot-11 and weighs 190, is still in the kind of good health you’d expect from a guy who’s led an outdoors life. He has never smoked and boasts the sort of blood pressure seen in athletes. He hikes, fishes, and has no symptoms of cardiovascular problems and no history of heart disease.Given all of this, you’d imagine Robinson’s cholesterol–that much publicized villain in heart-health campaigns–would be exemplary. Not so.

In 1990, during a routine doctor’s visit. Robinson was shocked to discover his total cholesterol measured 380mg/dL, a whopping 60 percent higher than the 240 level the American Heart Association considers the start of its “high risk” category.Despite his lack of symptoms, his profile was so ominous that his doctor immediately put him on the prescription drug Lipitor, from a class of cholesterol-slashing drug known as statins. Robinson’s 380 dropped in a matter of months to 190. But the benefit came at a cost.

“I got a lotof muscle pains,” he says of the side effects. “At times they were crippling.” His reason for lowering cholesterol was to ensure more years of hunting and fishing. When the cure itself made this impossible, he wondered what the point was–and what to do next.

Just the Basics: Despite cholesterol’s bad rep, humans need the stuff to live. It’s a building block for hormones, helps form cell membranes, and is key in the digestion of fats.

We get cholesterol in two ways–about one-third comes from diet, and two-thirds is made in the liver. It’s then transported through the body in two basic forms. The”good” (high-density lipoprotein or HDL) type is thought to protect youby carrying excess cholesterol to the liver for disposal. The “bad”(low-density lipoprotein or LDL) type is more likely to be deposited as plaqueon blood-vessel walls. This is where the potential for harm begins.

Over time, plaques can build up, choking blood flow like corrosion in old pipes. More dangerous is the potential for plaque rupture, wherein small fragments break off and move through a blood vessel.

This biochemical drama is influenced by a number of variables. Research suggests that high blood pressure. Smoking, lack of exercise, obesity, diabetes, and certain types of infection can damage the blood-vessel walls, increasing the risk that cholesterol will be deposited there as plaque.

Researchers suspect there’s no one-size-fits-all cutoff for good and bad cholesterol.People with “healthy” levels can be at risk, while others with”unhealthy” levels never develop plaque.

“Patients ask,’If my levels are normal, why do you want them lower? ‘ ” says Wolz. “Ianswer, ‘Because your levels are too high for you.'”

So, Now What?: There’s a limit to how much a healthy lifestyle can accomplish. “The liver makes most of our cholesterol.” Wolz says. “How much depends largely on genetics.”Fortunately for most of us, medication makes a huge difference. But there are exceptions. In the case of Jerry Robinson’s rare side effects, his doctor switched him from Lipitor to the less potent Pravachol and added the medication Zetia. Unfortunately, Robinson’s levels didn’t respond as hoped, leaving him disillusioned with statins altogether. But for about 95 percent of patients, the right drug–or combination of drugs–is safe, has few side effects, and cuts cholesterol up to 40 percent.

The first step isto talk to your doctor–something even Wolz used to be reluctant to do. Hunting elk last fall, he felt short of breath and worried because he hadn’t had a physical for years. Back home, he took his blood pressure. “I saw the needle bouncing around 220 and ended up in the ER.” He’s since practiced everything he’s preached. The difference has been night and day, and he can’t wait for this fall’s hunt.

ASPIRIN reduces blood clots, and seems to inhibit inflammation that leads to plaque buildup. Amount: One baby aspirin (81 mg) daily for men; one adult aspirin (325 mg)daily for women. Downside: Stomach upset and ulcers in some; a slightly greater risk of a typeof stroke.

ALCOHOL can boost protective HDL cholesterol and is associated with heart health. Amount: Limit of two drinks daily for men; one daily for women and anyone over65. Downside: Excessive consumption leads to other medical issues.

OMEGA-3 FISH OIL is linked to reduced triglyceride levels and lower risk of sudden cardiac death. Amount: Up to 4 gm daily in supplement form, or a serving of coldwater fishtwice a week. Downside: It’s loaded with calories.

GAME MEAT like venison has 20 percent of the fat in beef (although it does have slightly more cholesterol). Eating venison can lower LDL cholesterol and increase HDL. Amount: The USDA recommends 6 to 7 ounces a day.