For most sporting rifles, shorter—to a point—is usually better 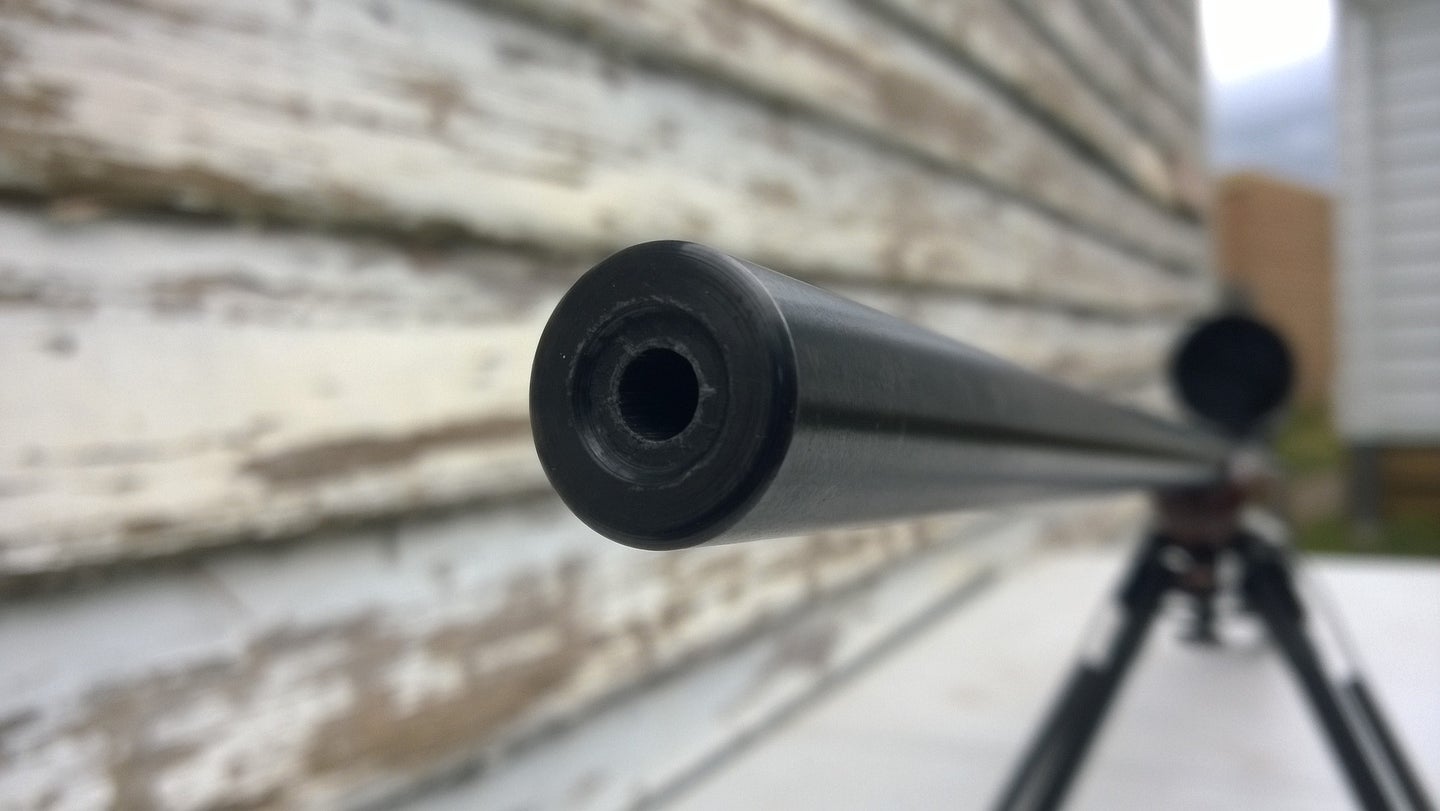 Depending on the cartridge, rifle barrel length can be important. Operator1342 via Pixabay
SHARE

Early in my career, I asked Warren Page if he’d hunt with a 26-inch-barreled rifle. “I gave up pole vaulting in high school,” he snarled, and since that was the same as the Word of God, whenever I got a rifle with a 26-inch barrel, I told the gunsmith to get out his hacksaw.

This system worked just fine, and deviations from it were frowned on. When Winchester came out with the African Model 70, in .458, they gave it a 25-inch barrel to help compensate for the anemic ammunition. Experienced Africa hands did not take kindly to a 25-inch-barreled dangerous-game rifle, and said so, loudly, so subsequent African models had 22-inch barrels.

How Much of a Difference Does Rifle Barrel Length Make?

Do two or three inches really make that much difference in the way a rifle handles in the field? Yes. You wouldn’t think so, but a 22-inch-barreled rifle is a lot more maneuverable than a 24-incher or a 26-incher. My Ruger Gunsite Scout Rifle has an 18-inch barrel, and it’s so much handier than all the 22-inchers I’ve been using in the Maine woods that I won’t use anything else now.

Do you lose velocity when you go lopping barrels? Yes, but mostly it doesn’t matter. Much depends on how heavy your bullets are, and how slow or fast your powder is, but as a rule of thumb, you lose 50 fps for every inch of barrel you chop off. (This assumes that the circumcision is a couple of inches. If you hack 6 inches off a barrel, you’ll lost great gouts of velocity.)

An example: I once took a .338 Remington Ultra Mag with a 26-inch barrel elk hunting, and it was awkward to yank out of a saddle scabbard and maneuver through the peckerpole pines, so I had it chopped to 24 inches. I lost around 50 fps total, despite the round’s monstrous powder charge, but the rifle became much more maneuverable, and it changed from being a reasonably accurate gun to a tack driver, what with shorter barrels being inherently more accurate than long ones.

On the other hand, some rifles simply will not abide having their barrels bobbed. Small calibers with great big charges of ultra-slow-burning powder behind them must have 26 inches of barrel in order to burn all of it. Competition and sniper rifles almost always have barrels on the longish side. Competition guns range from 24 inches to 30, because they’re used at ranges up to 1,200 yards. You want to keep your bullets supersonic Out There, and bullets from small cartridges like the .308 and .260 and 6.5 Creedmoor need all the help they can get. The same applies to sniper rifles, although here a balancing act is necessary. These days, no self-respecting people-shooting rifle comes without a suppressor, so a barrel longer than 24 inches is ruled out.

Read Next: Is Your Shotgun Barrel Long Enough?

And speaking (loudly) of noise, carbine-length barrels and large-ish cartridges don’t mix because the report is absolutely deafening. One of the most accurate sporters I’ve ever shot was a .30/06 with a 20-inch barrel. I wanted to buy it but I didn’t because it was earsplitting, even with hearing protection. And shorter than 20 inches doesn’t even bear thinking about.

I like short barrels. Looking back, the rifles that have served me best have almost all had a rifle barrel length of 22 inches or less. And If I had any hearing left, I’d buy a bunch of even shorter-barreled rifles and get suppressors for them.