Why We Cannot Let the Land and Water Conservation Fund Expire

The most important source of conservation funding could expire this weekend. Here’s why that would be a disaster for hunting, fishing, and wildlife 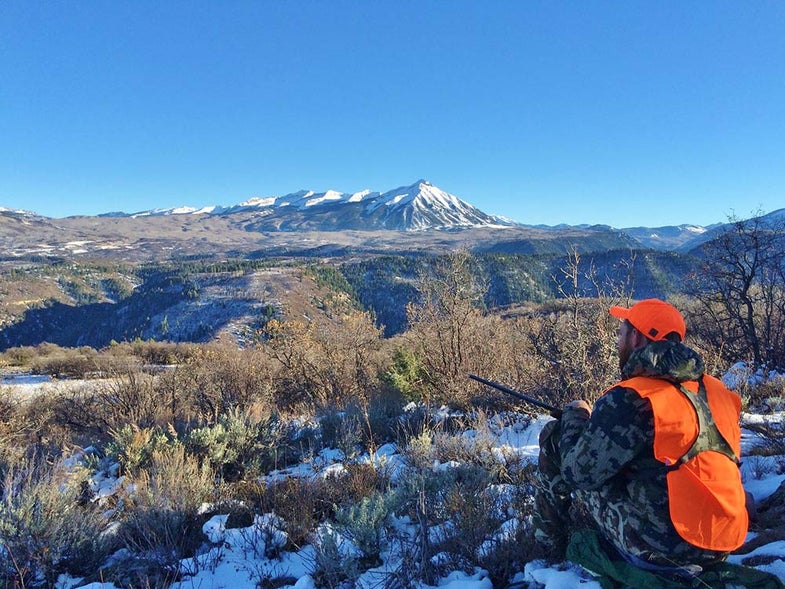 The Land and Water Conservation Fund (LWCF) was signed into law by President Lyndon Johnson in 1965. The Senate at the time had passed the bill by an astounding 92-1 vote. LWCF was created from a small portion of the royalties produced by oil and gas production on the Outer Continental Shelf. It costs taxpayers absolutely nothing. LWCF was allocated for $900 million per year (from total royalties that vary between $5 and $7 billion annually). The idea was to take a small portion of the revenues from a non-renewable resource owned by the American people, and use that money to help build a nation where all the citizens, rich and poor, would have access to the very best of what our country offers.

Those successes have come despite the fact that the LWCF has been raided, nearly every year, since its creation. The original goal of distributing $900 million to the states for conservation and recreation has been met only twice in the 52-year history of the Fund. Some $19 billion earmarked for the LWCF, money belonging to the American people, and meant to be used for American communities and public lands, have been diverted to other uses. No one can say what successes those diverted funds could have created, what expensive disasters of flood or drought or pollution could have been avoided, what impoverished child could have learned to hunt and fish on public lands and in public waters. That money—our money—is gone.

As if robbing the fund is not enough, there have been plans afoot in Congress to let the LWCF expire completely. American hunters and fishermen and others who love the outdoors and their access to public lands dodged a bullet in mid-September when the House Natural Resources Committee passed what was referred to as “compromise bill” that could, if passed by the Senate, permanently reauthorize the LWCF before it expires on September 30, 2018— although the compromise bill made some changes in how funds would be allocated to states, and does not require that LWCF be fully funded to the original $900 million. What is most needed, though, is for those elected to Congress to stop attacking or tweaking or perverting this bedrock piece of bipartisan legislation—for whatever reason—and to recognize that it serves the public which elected them to office and should be reauthorized, fully funded, and allowed to continue to make a great country even greater.

Unless the American public understands what is at stake, and voices their strong and unequivocal support of the LWCF to their Congressional representatives, the fund could still expire this weekend. This will come at a time when public land has never been more valuable for both recreation and watershed protection, and while visitation at America’s National Parks has broken all records. This loss will come while the backlog of maintenance on public lands has never been higher—infrastructure collapsing under the weight of use and neglect—a collapse directly due to budgets being deliberately strangled year after fiscal year, a manufactured and unnecessary crisis rendered by the same members of Congress who now appear willing to let LWCF die, or to continue to exist, at best, as a less effective program.

The end of the LWCF would come just as use of public lands for hunting, hiking, wildlife watching, and other recreation is at its highest levels in history. It would come just as access to public lands is becoming more restricted, and when increasing urbanization has removed more and more of the opportunities for our citizens to exercise outdoors, experience nature and actively participate in sports, and when technology is rendering more and more children addicted to passive entertainment on screens, with all the terrible costs to health and well-being that such addiction entails.

No one can clearly state what the goals are in destroying the LWCF, or explain why any elected lawmaker would not relentlessly champion a time-proven, non-controversial, and non-taxpayer-paid source for funding conservation, recreation, working landscapes, and healthy watersheds. What is clear is that the end of the LWCF will be the end of an era in the United State—an era in which the common citizens have come to expect a higher quality of life, cleaner waters for swimming, open spaces for running and playing with their children, the ability to hold on to traditions like hunting and fishing, hiking, wandering and camping, experiencing the true freedom of our birthright as Americans.

There was a time, perhaps, when we could afford to not understand all the nuts and bolts of how our government works, of how our opportunities are won for us. But the attack on the LWCF has proven that such a time is definitively ended. To continue to have the same or a better quality of life than we have enjoyed for the past half century, and to have an improving, rather than declining, environment, to maintain our beautiful public lands, and our access to them, will take action, now. The LWCF must be a part of that, and only an engaged and tenacious—even furious—citizenry can make sure that it does not expire.

As the fate of the LWCF is decided this weekend, it should be remembered that, just as the U.S. population has increased by 136 million souls since 1965, when the LWCF was created, it now costs $8 to buy the same goods or services that $1 would have bought in 1965. A permanently reauthorized LWCF must be established, placed out of reach of the destructive plans of ideologues and extremists, and fully-funded at a minimum of $900 million, with no more diversion of desperately-needed public money. Our future, and that of our descendants, depends upon our action right now.