Wyoming Study: Federal Lands Should Not Be Given to State

WARNING: This report is based on facts presented by publicly sourced and transparent research. Reading it could be hazardous to... 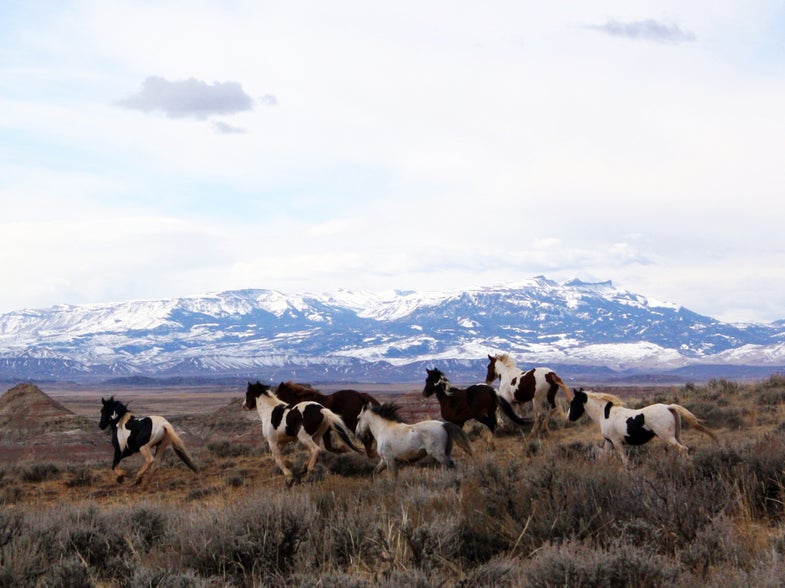 WARNING: This report is based on facts presented by publicly sourced and transparent research. Reading it could be hazardous to the emotional health of those whose perceptions of public lands management are based on opinions offered by extractive industries and politicians, and to all others averse to fact-checking.

A year ago the Wyoming state legislature asked its Office of State Lands and Investments to fact-check a charge echoing across the region: Transferring national lands to state ownership would result in better management, more opportunity for sportsmen and industry, and greater revenue for the states.

The report, prepared by an outside consulting firm, makes clear that transferring the 25 million acres of national lands in Wyoming to the state would present administrative and financial burdens that the state could ill afford and is unprepared to tackle. Further, state ownership would not provide solutions to the often-cumbersome bureaucracy of federal management behind some of the push for state ownership.

The report’s unambiguous summary of the whole idea reads:

“Without significant changes to federal law,” the report says, “we would not anticipate any substantial gains in revenue production or additional sources of revenue with any transfer of management—certainly not enough to offset the enormous costs such an endeavor would likely entail.”

Just as alarming to a state where outdoor sports are an important part of the culture, it points out that the loss of a multiple-use management requirement could result in the loss of recreational opportunities.

“State trust lands are in no way required to be managed for multiple use,” the study reads. In fact, the fiduciary obligation to generate sustainable revenue may be mutually exclusive of the ability to manage for multiple use, and this dichotomy significantly affects program revenues and associated costs.”

Of course, in many areas the push for state ownership is driven largely by political groups dedicated to expansion of industries such as oil, gas, and mining. They often try to camouflage their real intentions by claiming a grassroots movement to “return the lands to the state.”

Never mind the lands never belonged to the state, or that the state agreed to their remaining national property upon being admitted to the union. The cry has been that local residents and governments should have more control—or all control.

The report suggests that getting more local input into management decisions would be best achieved by working through the current system.

“We believe the resources of the state would best be utilized if directed at tackling smaller pieces of this puzzle,” it reads. “Numerous impediments from the straightforward to the extremely complicated make the prospect of such a state takeover of the management of federal public lands unlikely to succeed.”

I’m sure this won’t go down well with those who seem to believe they can make inaccuracies become facts if only they shout them loud enough, long enough. They’ll probably claim the report was rigged.

They should read this report—if they can handle the facts.