Today the Department of the Interior announced that it will remove the Yellowstone grizzly bear from the Endangered Species list,... 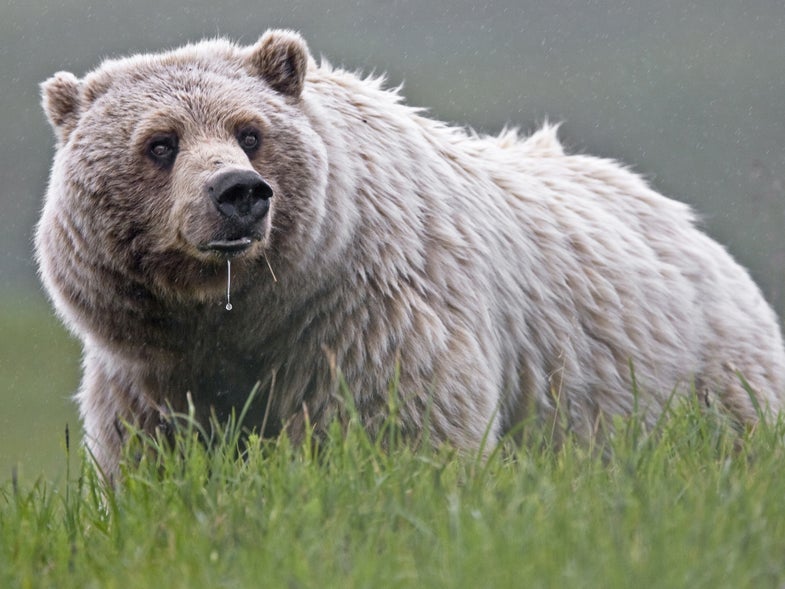 The Department of the Interior is celebrating the delisting of Yellowstone grizzlies, but skeptics abound.. Courtesy NPS Photo/Ken Conger
SHARE

Today the Department of the Interior announced that it will remove the Yellowstone grizzly bear from the Endangered Species list, lifting federal regulations that, for 42 years, have protected the animal in Idaho, Montana, and Wyoming.

In a statement, Interior Secretary Ryan Zinke said he decided to lift the protections given the success of grizzly restoration efforts in Yellowstone. “This achievement stands as one of America’s great conservation successes; the culmination of decades of hard work and dedication on the part of state, tribal, federal, and private partners,” Zinke said. “As a Montanan I am proud of what we’ve achieved together.”

Since the 1970s, the number of grizzlies in the Greater Yellowstone Ecosystem has rebounded from fewer than 150 to more than 700 today, the New York Times notes. But despite the population increase, delisting the bear has been fiercely debated.

The number of grizzlies in the Greater Yellowstone Ecosystem years ago reached the initial recovery criteria of 500 bears set by the U.S. Fish and Wildlife Service. Concerns persist, though, about whether the grizzly population is still too fragile to delist, given its isolation from other grizzly subpopulations. David Mattson, a biologist at the Yale School of Forestry and Environmental Studies, argues that the FWS does not account for necessary genetic diversity in its evaluation of grizzly populations. The worry is that because Yellowstone grizzlies are not genetically diverse, they are increasingly susceptible to health issues and illness. In addition, when FWS tried to delist the Yellowstone grizzly in 2007, a federal court blocked the effort, concluding that their population was still at risk, owing to a loss of their key food source, white pine bark.

But advocates of delisting Yellowstone grizzlies are also not hard to find. In May of last year, David Allen, president and CEO of Rocky Mountain Elk Foundation, issued a statement in support of the delisting and of transferring the management of grizzlies to state wildlife agencies. He listed the primary reasons for his backing removing the bears from the Federal List of Endangered and Threatened Wildlife: Recovery goals have been met; studies show the grizzly bear easily adapts; and transferring management of the animal to the states increases funding while ensuring continued protection. Allen also mentioned that there are triggers for relisting the grizzly, should the bear become at risk again.

Similarly, in an op-ed for the New York Times last year, outdoor writer and television personality Steven Rinella expressed his support for delisting grizzlies, in order to preserve the integrity of the Endangered Species Act. “Blocking the delisting of charismatic, Instagram-worthy megafauna like bears and wolves undermines the credibility of the act while costing taxpayers millions and diverting resources away from genuinely imperiled, if less photogenic, species,” he wrote. “…Consider what will happen if the delisting of grizzlies is blocked by lawsuits. The credibility of the Endangered Species Act will continue to erode. There is a limit to political and public tolerance for sacrifice on behalf of wildlife. It should not be wasted on those species that have recovered, especially when we’ve got so many more waiting in line.”

Today’s decision is no doubt a win for FWS, which has long pushed for the delisting, as well as for the states that will take over managing the Yellowstone grizzlies. Officials from Idaho, Montana, and Wyoming expressed enthusiasm for the bear’s removal from the Endangered Species list, saying it reflects a successful recovery effort. According to the Washington Post, Idaho Governor C.L. Otter said today that is ready to start managing the bears; Wyoming Governor Matt Mead applauded the announcement, too, calling the delisting long overdue.

Idaho and Wyoming plan to allow limited grizzly hunting in the Greater Yellowstone Ecosystem (though bears within the national park will still be off-limits to hunters). Neither state has released information on when a decision whether to hold a grizzly season may be made.