5 Gun Safety Rules to Practice and Pass On

Follow these gun safety rules yourself, and teach them to new or youth hunters 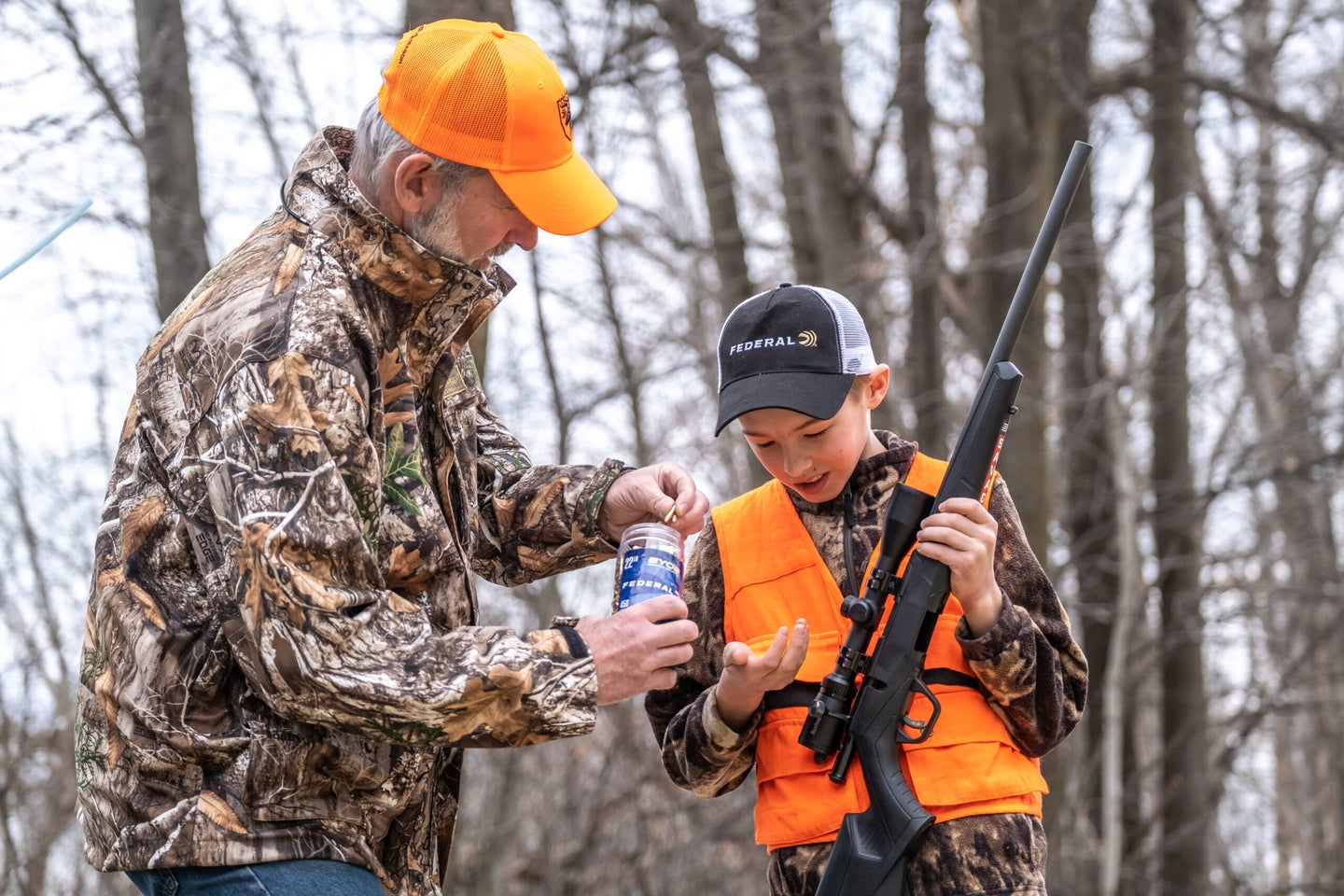 Gun safety is extremely important when hunting and any time you handle firearms. Proper gun safety is an attitude, not just actions.

The 5 Basic Rules of Firearm Safety:

Now that those are out on the table, here’s a bit more on why each rule is so important.

This encourages more safe handling of the gun rather than having an attitude, like, Oh, it’s OK. I know it’s unloaded. Seemingly unloaded guns actually result in many accidents every single year.

What this means is that the muzzle should be pointed in such a direction that if the gun were to magically discharge on its own, no one would get hurt and no property would be damaged.

Gun Safety Rule #3: Never Point Your Gun at Anything You Don’t Intend to Shoot

You should never point your gun at another hunter, dog, house, vehicle, etc. This also means that you should not use your gun’s scope—if it has one—to look at animals in the distance unless you intend to shoot what you are looking at. Bring a pair of binoculars instead.

Gun Safety Rule #4: Always Keep Your Finger Off the Trigger Until You’re Ready to Shoot

Some triggers are hair triggers meaning that it only takes a very light pressure to make the trigger fire the gun. If you’re like me, when your sights are trained on an animal, your blood is really pumping and your excitement level is sometimes through the roof. If you follow this simple rule, you can avoid throwing shots and avoid a flinch or getting startled in a way that causes the gun to shoot.

Gun Safety Rule #5: Be Sure of Your Target and What’s Beyond It

The bullet that you fire from the gun is not going to just magically stop after it hits what you are shooting at, unless you are shooting at a proper backstop, like a mound of dirt. An animal’s body is not sufficient to stop a speeding bullet, so what that means is that after the bullet strikes its target, it keeps speeding along until it hits something that will stop it, like a house or car, or until gravity takes over. —Jessie Ann

How to Teach Your Child Firearm Safety

As an overprotective modern parent who gets nervous when my kids ride bicycles to a friend’s house, I wouldn’t teach my children to hunt if I thought it was dangerous. In fact, hunting and shooting have low accident rates precisely because we place so much emphasis on gun safety. Although hunting should be fun, teaching kids to be safe shooters doesn’t call for much sense of humor. Treat the topic seriously, and children will respond to the gravity in your voice.

Young boys, especially, find guns fascinating. Keeping guns forbidden and mysterious only increases their allure. Let your kids handle your guns with your permission and under your supervision. Show them how to check whether the chamber and magazine are empty. Let them point the gun in a safe direction. Teach them now that the only time they are ever to touch a trigger is when they want the gun to go off.

Take them to the gun club, where they will see targets smashed to bits. Show them the bloody holes your guns put into the animals you bring home. A friend likes to impress new shooters with the power of firearms by shooting a cantaloupe at 10 paces with a 12-gauge. The distinction between real and toy guns will be as clear as the difference between real and toy cars.

Owning a BB gun can teach children good safety habits or bad ones. Kids of my generation roamed the woods with Red Ryders and no parental supervision. There’s a better way. Give a child a BB gun a year or so before he or she is ready to start shooting .22s and 20-gauges. Store it with your guns and make a point of treating it like a real gun—which it is. Let your young hunter bring it along, unloaded, on short hunts with you. Insist that he carry it with the muzzle pointed in a safe direction. Pack a few BBs along for some safe target shooting at the end of the day.

3. Spend Time at the Range

The more often you take your children shooting, the more practiced they’ll become in handling guns safely. At the range, insist that muzzles point up, down, or downrange—always. Keep control of the ammunition yourself, and dole out shells one at a time. Kids will be scrupulously careful about muzzle control until they fire a shot. In the excitement of hearing the gun go off, they will turn to you, swinging the gun, or drop it down so it points at their toes. If the gun is empty, it’s a teachable moment, not a potential tragedy. Insist on eye and ear protection, and emphasize its importance by always wearing it yourself.

Your first real hunts should be for squirrels, waterfowl, deer, turkeys, or doves, sedentary hunts where the game comes to you. Leave your own gun at home. Sit right with your hunter, whispering advice and giving the go-ahead to take the safety off and shoot. Save upland hunting for last. It requires walking with a loaded gun for long periods as well as split-second shoot-or-don’t-shoot decisions.

You’re trying to instill lifelong safety habits, and nothing you say speaks as loudly as your own actions when you and your child hunt together. Handle your own guns with extra emphasis on safety. While we’re at it, boats, ATVs, tree stands, and motor vehicles can be just as deadly as guns if used carelessly. Your young hunter will learn all about them by watching you. —Phil Bourjaily