In Africa, death comes in many forms. This is the cruelest 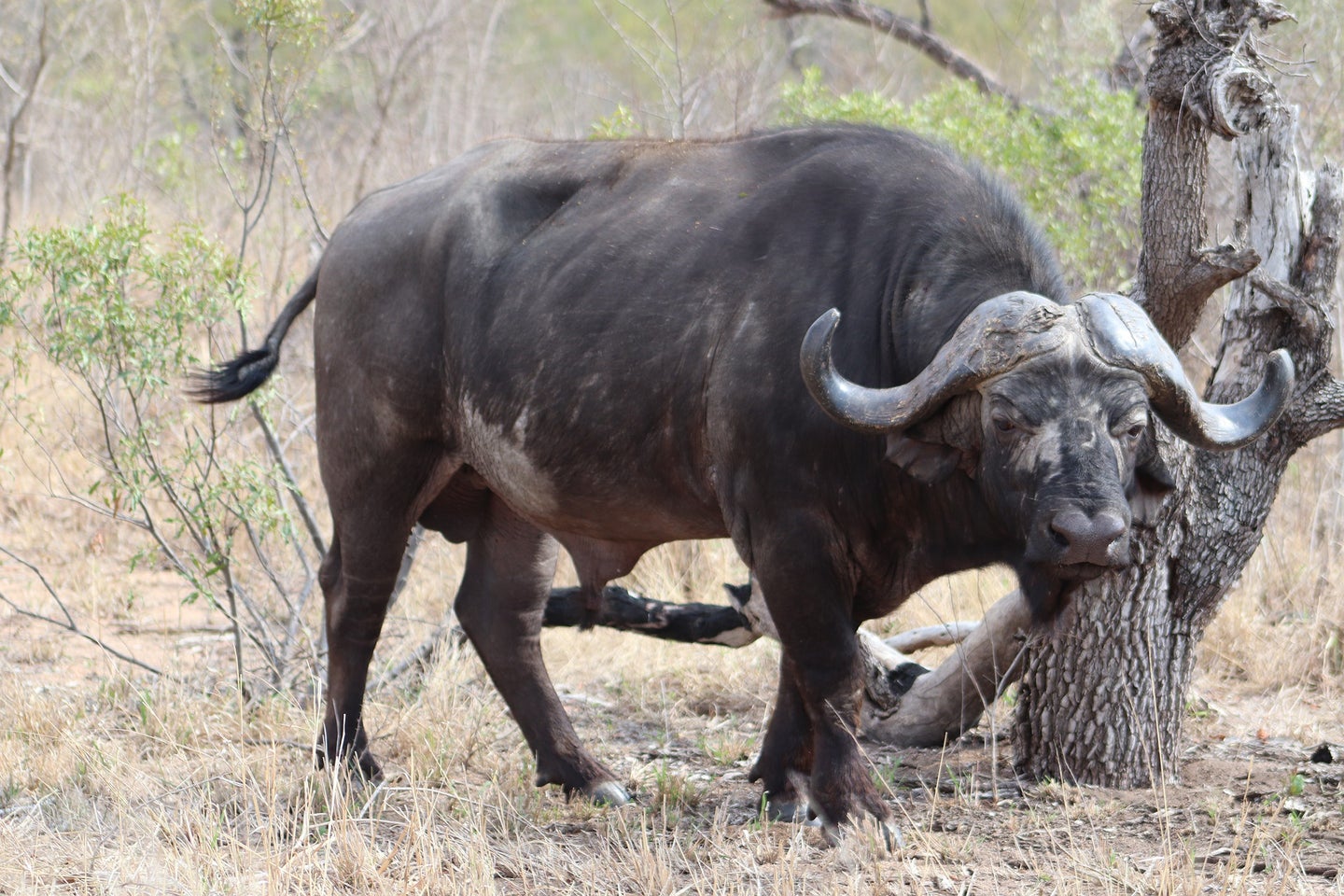 Cape buffalo are among the most dangerous game in all of hunting. Pixabay/DenisevanDillen
SHARE

Clive Perkins, my PH, watched as our trackers collected the wire and said in a voice as filled with bitterness as any voice I have ever heard: “Welcome to Africa, David Petzal.” We were, however, to see worse.

There were six of us: Clive Perkins; Wayne Van Den Bergh; PH Theo Bronkhorst, who ran our concession; Willard Ncube, who tracked for Wayne; Elias (he pronounced it EEL-ias) Mathe, who tracked for Clive; and me. When you trail game, the trackers normally go ahead of the people carrying rifles, but when you follow a wounded Cape buffalo, the people with rifles stay up front. I was carrying a Jarrett Professional Hunter in .416 caliber, topped with a Swarovski PV 1.5–6×42 scope—plenty enough gun, assuming I had the time to react. The trackers look for sign, and you keep your eyes forward, watching for a gray shape that will come hurtling at you with jackrabbit speed.

That she was going to charge eventually was a given, and there would be no warning, no time to aim. If we got a chance to shoot at all it would be point, pray, and pull the trigger. Wayne made his way back to me. “Listen,” he whispered, “if you have to shoot her off one of us, for Christ’s sake shoot upward so you don’t hit us.”

Theo and Clive yelled at us to come up on the bank. We lurched out of the reeds and into the shade. A water bottle was passed around and I took a couple of swallows, but it made no difference. It was like pouring water on a hot stove top. There seemed to be nothing else to do, so the four of us prepared to wade back in.

“If she gets her head into you, grab her horns and twist,” Theo said. “She can’t stay on her feet with that missing leg.” I waited for him to smile and show he was kidding, but he was not. Back we went. By now we had crowded her into the end of the reedbed. She had perhaps 2 acres in which to maneuver, but all she had to do was keep a few steps ahead of us and pick her time to charge.

She did. There was no warning at all. There was simply a crash of reeds and a massive gray shape blotted out the sun. Wayne fired at it from a crouch; I shot across my chest while falling backward. Then the shape vanished. I could almost have touched it with my rifle barrel. There was a patch of blood on the ground and Elias was smiling. “Did we kill her?” I asked.

We kept going, and after only a few yards Willard froze. “Shoot,” he said, pointing into the reeds.

This story was published in the April 2009 issue of Field & Stream.