Hits and Myths: 7 Principles of Rifle Shooting Put to the Test

Photo illustrations by Michael Sugrue In the wonderful world of rifles, certain “truths” have always been held self-evident. It’s easier... 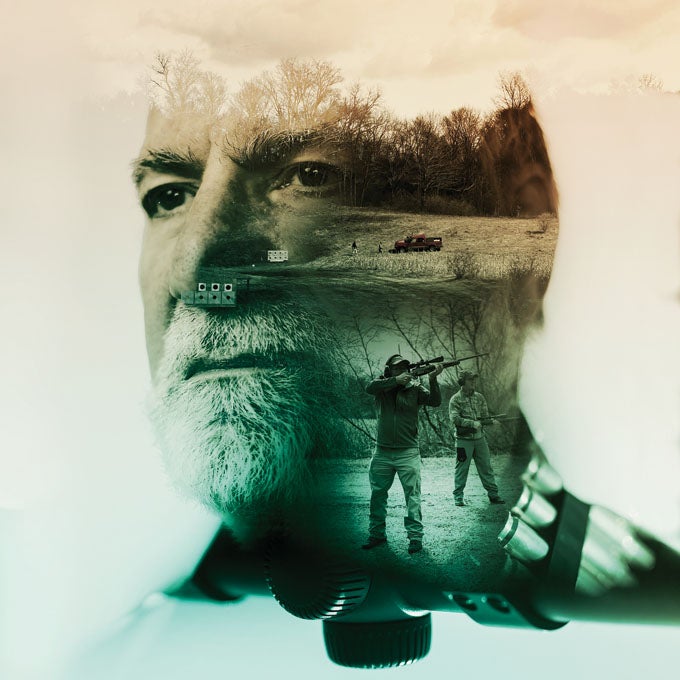 In the wonderful world of rifles, certain “truths” have always been held self-evident. It’s easier to shoot well with a good trigger than with a bad one. Light rifles, though handier, are harder to shoot accurately than heavier ones. Synthetic stocks are stable, and wood stocks aren’t. But is all this really the case? We took seven such pearls of wisdom and threw them before swine to see if they would hold up. Some did, and in spades. Others did not, to our shock and outrage.

To get realistic results, we used a panel of testers whose individual experience ranged from the casual hunter to a certified shooting instructor—in short, a good cross section of the hunting public. Despite the fact that some members of the team shot better than others, basic tendencies were remarkably parallel. If the less experienced shooters shot Gun A better than Gun B, then so did the veterans.

Conditions
April temperatures were tolerably mild, in the upper 40s to mid 50s, but the wind blew all three days of the test—20 mph for the most part with gusts to 30. It bothered even the best shooters, and without it, our groups would have been tighter by at least 25 percent.

1. Which is Easier to Shoot Accurately, a Lightweight Rifle or a Heavy One?

Conventional wisdom has it that lighter-than-standard rifles are twitchy and harder to hold steady than standard-weight guns. Now that there are true featherweight models available in all price ranges, the question assumes more importance than ever. Do you trade accuracy for portability?

The Test
We used two Weatherby rifles, both in .308, one a Mark V ­Ultra Lightweight that scaled 53?4 pounds without scope, and the other a Vanguard Series 2 RC that weighed 71?4 pounds, minus sights. They were equally accurate off a benchrest. Each shooter fired one group sitting and one kneeling at 200 yards and two groups offhand at 100 yards with each rifle. (All groups throughout comprised three shots.)

The Takeaway
The heavier rifle outshot the lighter one by roughly 25 percent. The wind not only pushed the bullets around at 200 yards, but gusts were frequently strong enough to move the rifle itself as we pulled the trigger, ruining many spreads. Shooting in a gale emphasized the stability of a heavier rifle.

TIP: Let me make this simple for you: In more than a half-century of hunting, I’ve carried rifles weighing from less than 5 pounds to more than 10. What I’ve learned is that 8 pounds with scope is a nice compromise.

2. Does a Good Trigger Really Help in a Hunting Situation?

One of the unbreakable commandments of riflery is, to shoot well, you must have a good trigger—no creep, no drag, minimum overtravel, not too much weight. The trigger, it is said, is roughly analogous to the steering on a car; if it’s no good, the whole car is no good. So we set out to learn two things: Is all this true; and if so, how much does it really matter?

The Test
We used two identical rifles, one with a crummy trigger, one with a good trigger, both of which shot well off a rest, which compensated for the crummy one. (The maker of the rifles has been withheld to protect the guilty.) But to see how they really shot, each tester fired two groups sitting and two groups kneeling at 200 yards, using shooting sticks.

The Takeaway
To a man, we shot slightly better with the rotten trigger. There are two possible explanations. First, we all subconsciously put more effort into shooting well with the lousy trigger and coasted with the good one. Or it may be that under field shooting conditions—in which you are more likely to pull the trigger smartly the second the crosshairs look good rather than slowly squeeze it off—the trigger pull may simply not matter all that much. Using a poor trigger, however, is still doing it the hard way.

TIP: If your trigger is crummy and you’re too cheap to have it fixed, you can make up for it by practicing with the awful thing. Dry-fire and get used to it. Very few rifles can be damaged by dry firing; if it bothers you, buy a snap cap.

3. Which Rifle Sight is Fastest?

When you’re hunting the big woods with your feet on the ground, bucks tend to see you before you see them—and they are not in the habit of standing around while you diddle with your rifle. You need to get on that deer quick. For that, certain sights are deemed better than others. But which is really best?

The Test
Using a Henry .30/30 and a Ruger Gunsite Scout Rifle, we tested a red dot, a 1X scope with a crosshair, and ghost-ring iron sights, firing at the roughly 10-inch-­diameter vital zone of a life-size deer target (nationaltarget.com) 25 yards away. Starting at low-gun position, on the beep of a timer, we each fired five timed shots, the timer stopping when the gun went off. We counted both the time for each shot and the number of hits. This test included two additional shooters: F&S editor-in-chief and veteran hunter Anthony Licata, and F&S associate editor and new shooter Kristyn Brady.

The Takeaway
The red dot dominated in both speed and accuracy because it requires your eye to process less information than others. The fastest hit—1.19 seconds—was also made with the red dot.

4. Is a Wood Stock Really Less Stable Than a Composite One?

The Takeaway
We expected the synthetic stock would outperform the wood, but the margin by which it did was a shock. Unless you’re planning to do your hunting in the Gobi desert, think plastic. It’s worth noting that the Sporter stock was as well sealed as is possible; it’s simply that a tree is a ­water pump and few things conduct ­water as well.

TIP: If you want stability but the thought of a chemical stock makes you hurl, consider laminates. Properly sealed, a laminated wood stock is far more stable than one that came direct from a tree.

5. How much Does Recoil Affect Accuracy?

No sane person likes recoil, and everyone agrees that it is bad for your shooting, but exactly how bad?

The Test
We used one Vanguard Series 2 in .243 and another in .300 Win. Mag. Each of the four testers fired a group from the benchrest, and then another group at 200 yards using the field position of choice, with the help of a tripod.

The Takeaway
Recoil clearly made a difference, even for the most experienced shooters. With today’s much-improved bullets, you don’t need to use the same power as you once did. So don’t.

TIP: Mitigate the pain of shooting a heavy-kicking gun from a rest, where it hurts you most, by settling the butt squarely in the pocket of your shoulder. Press into it, hold the gun firmly in both hands, start with your eye well off the scope, and come forward until you get a full picture—and no closer. Or you will pay.

6. Which is Faster and More Accurate, a Range-Compensating Reticle or Exposed Dials?

Besides holding off, there are two ways to compensate for bullet drop at long range: You can use a range-compensating reticle with hashes, circles, or dots indicating the correct holdover; or you can “put on clicks,” as they say, with exposed adjustment knobs, or so-called target turrets. We wanted to learn which method is better.

The Test
Since I had the most experience twiddling dials, I did this one solo, shooting a Ruger GunSite Scout Rifle topped with a Leupold VX-R 1.25–4x20mm Patrol Scope, which has both a mil-dot range-compensating reticle and exposed dials. First, I sighted the Scout in dead on at 100 yards. Then I fired a shot at 200 yards to see roughly how much the slug would drop at that distance—about 10 inches. Next I compensated, using both methods, with the stopwatch running, until I got into the black. Once there, I took four more shots.

The Takeaway
If you want quick hits—which you very often do while hunting—a range-­compensating reticle is the answer. For precision aiming at long-range inanimate targets or critters far enough away that they have no clue you exist, put on clicks. This takes longer because clicks don’t always do what they say they will, but it’s more accurate. Also, you’ll shoot a lot better if you do your experimenting beforehand.

TIP: Range-compensating reticles come in a variety of configurations, some calibrated for minutes of angle, others for mil dots. I find it a lot easier to think in MOA (roughly 1 inch at 100 yards) rather than in mils (3.6 inches at 100), and so may you. Be sure to choose your scope accordingly.

7. Which is More Accurate, Sitting or Kneeling?

Rarely do you get a chance to shoot prone, and offhand is to be avoided at all costs. This leaves sitting and kneeling. The former is no doubt steadier, but just how much does it improve field accuracy?

The Test
Four of us shot the same rifle in both positions at 200 yards with no other support. Also factored in were the sitting and kneeling groups fired in the course of other tests, both with and without sticks, for a total of 12 groups per shooter in each position.

The Takeaway
The better position, clearly, was sitting, which shaved an inch and a half off the group average. The extra support likely helped, particularly in the gusty winds we faced. If you have time to sit and it gets you above the brush and briers, by all means sit. Otherwise, see below.

TIP: Many hunters screw up the kneeling position by resting the point of their elbow on their knee. Wrong! Slide your arm forward so that your tricep rests there; that gives you a lot more bearing surface and stability.