Photo by Bill Kinney If you want to target mature bucks, the first step is to realize that older deer... 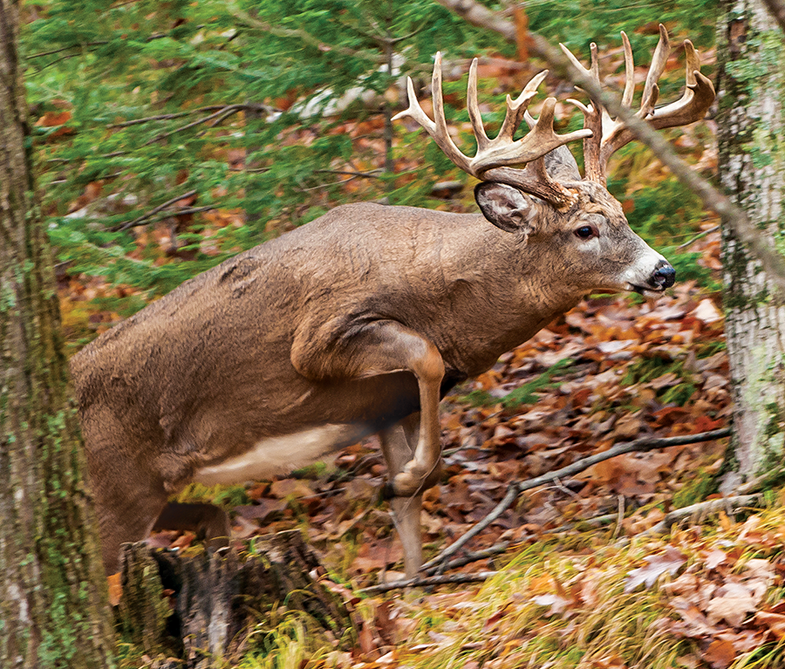 If you want to target mature bucks, the first step is to realize that older deer don’t behave like younger ones. The second step is to change your hunting strategy accordingly.

1. They Are Lazier
Telemetry research on the King Ranch in South Texas showed that older bucks simply spent more time on their bellies than younger deer. “One old buck was only mobile about 19 percent of the time,” says study leader Mickey Hellickson.

Hunt Plan: Set up closer to the bedding area.

2. They Are Homebodies
Hellickson’s research also revealed that the longer a buck lives, the smaller his home range and core area becomes. So mature whitetails aren’t just getting up less often, they’re covering much less ground when they are up and moving.

Hunt Plan: Pinpoint his core area and concentrate your efforts there. Be patient.

3. They Know Does
Most of us associate the rut with bucks chasing does willy-nilly across the county. Not so with older ones, says noted deer researcher Karl Miller. “Mature bucks have learned the signs that indicate a doe is in heat, and they wait for those signals before making a move. They don’t run around like teenagers, hitting on everything that moves.”

Hunt Plan: Learn to read does and camp on the ones in heat.

4. They Move Like Ghosts
Old bucks know how to slip around unnoticed. Instead of barging into a field to look for does, they’ll scent-check it from the downwind woods; rather than walk the spine of a ridge, they’ll slink along the hidden sidehill.

Hunt Plan: Back off the main runways and set up on faint trails and covert routes.