Young Buck vs. Mature Buck: How to Tell the Difference

Hardly any hunter would criticize you for shooting a 3 1⁄2-year-old buck. But if you’re setting a higher bar for... 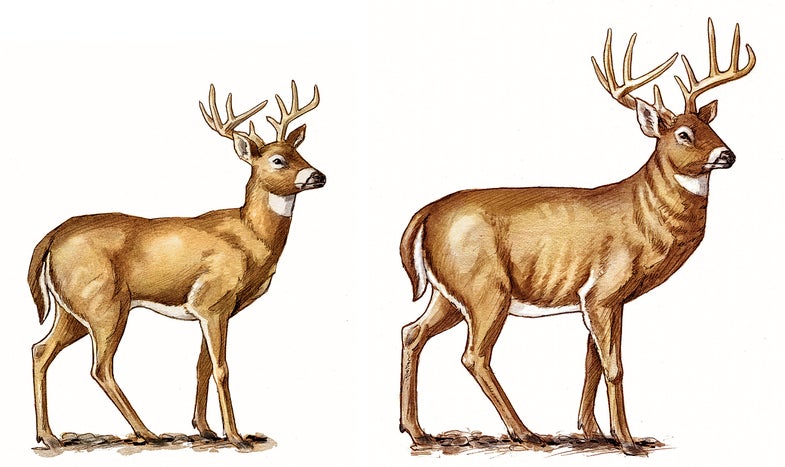 Hardly any hunter would criticize you for shooting a 3 1⁄2-year-old buck. But if you’re setting a higher bar for yourself and want to down a fully mature whitetail—one that’s 4 1⁄2 years old or older—you have to learn the subtle differences between big and bigger.

Next time a potential shooter approaches, look for the key features listed below to decide if you should take the shot or wait for a more mature buck. 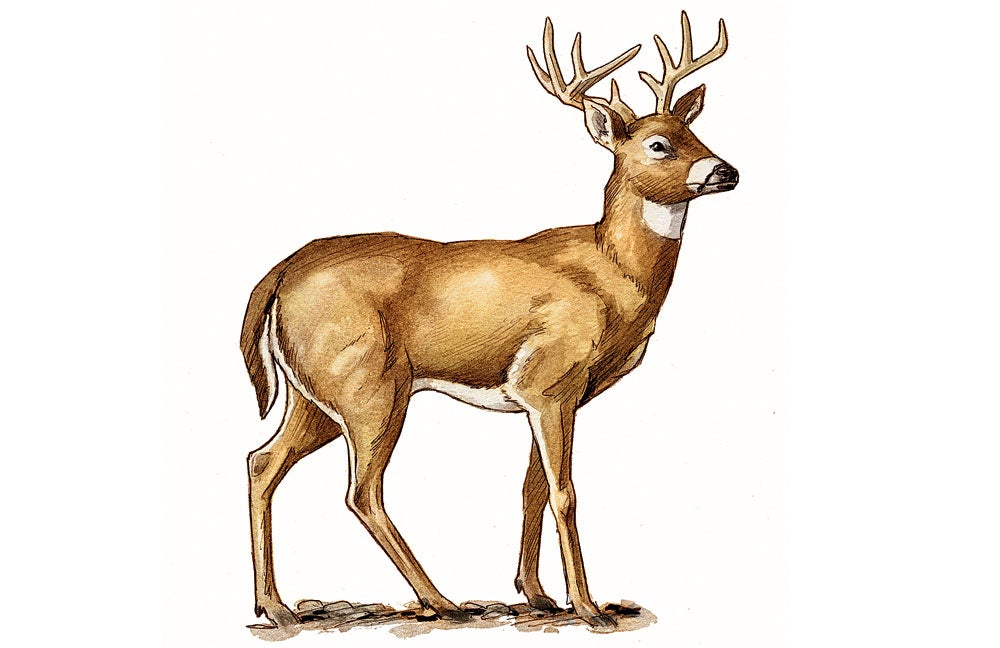 Overall, this buck has a muscular, athletic build but still looks lean and somewhat lanky.

Skin: The skin is tight and sleek.

Belly: The belly is lean with a waistline that is higher than the bottom of the chest.

Legs: This buck still has a somewhat long-legged look.

Face: It’s well muscled but lean, usually with a straight or even slightly concave nose profile.

Neck: The neck is wider than the buck’s face, especially during the rut. There is a clear demarcation where its base ends and the chest and shoulders begin.

Chest/Shoulders: This is full and at least as large and heavy as the hindquarters.

This barrel-chested buck is massive, appearing short-legged and almost muscle-bound.

Skin: The skin may start to sag and ripple in places.

Belly: The stomach may sag slightly, with a waistline level with or lower than the chest. Eventually, an old buck shows a full-blown potbelly.

Legs: A mature buck’s legs appear either well proportioned to the body or a little short. Tarsal glands become very large and dark during the rut.

Face: Full, rounded, even a little chunky, this buck’s face has a deep ­profile. A convex—or Roman—nose is common.

Neck: Much wider than the face, the neck here can seem almost unnaturally thick during the rut. At its base, it blends in seamlessly with the chest and shoulders.

Chest/Shoulders: Typically larger and heavier than the hindquarters, the chest and shoulders of a fully mature buck can be so full and deep as to make the front legs look too short.