Tips from the Guides: How to Drive Late-Season Bucks in a Draw

If you surprise a late-season buck, he’ll bolt. But if you let him detect you from a distance, you’ve got a good chance of steering him right to a waiting gun. 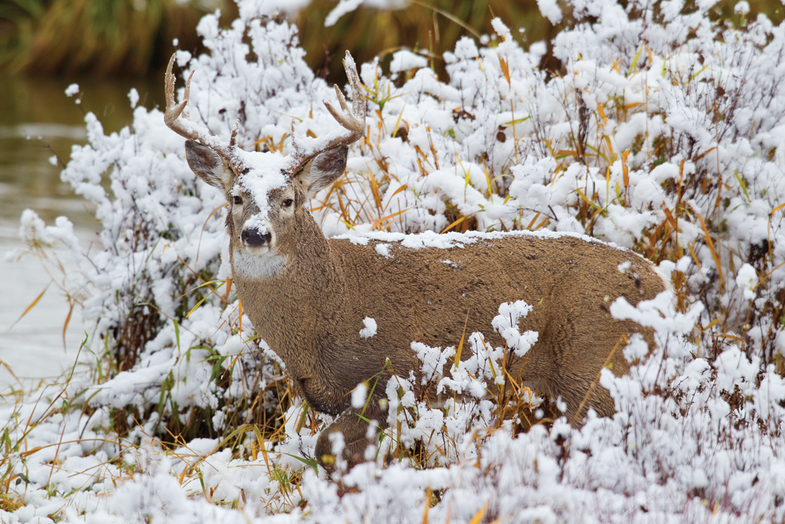 His Secret
“If you surprise a late-season buck, he’ll bolt. But if you let him detect you from a distance, you’ve got a good chance of steering him right to a waiting gun.”

As the season is winding down, James Burnett likes to grab a buddy, often his son, Hunter, and put on a last-ditch drive. But it’s not your typical crash and dash. “If you push a late-season buck hard, you risk never seeing him again,” he says. “Besides, you don’t need to do that here.” In the long, narrow draws and river­bottoms of Kansas and eastern Colorado, Burnett can simply nudge bucks up or down the line.

First, he puts the shooter (sometimes two) on the rim of a draw or on a high bank overlooking a riverbottom, with the wind in his face and where there’s good shooting and a view of potential side escapes, such as a finger draw or intersecting fenceline. If there’s no cover for the shooter on top—and there usually isn’t—Burnett sets up a GhostBlind, which is made of mirrored panels that reflect the natural vegetation. “It’s perfect. You can totally disappear in shin-high grass, which we have lots of.”

A lone driver then starts at the bottom of the draw, or up to a mile upwind in the case of a riverbottom. In either situation, there should be plenty of good bedding cover in between him and the shooter. These long brushy strips are often only 30 to 40 yards wide, says Burnett, so the driver simply zigzags through the cover, letting his scent drift downwind to any deer ahead. “If you go slow and quiet and let that buck get a little of your scent from a distance, instead of freaking out, he’ll just stand up and relocate farther up the draw or bottom, often giving the poster a walking or even a standing shot.”

If that buck pre­sents a tough target, don’t shoot, Burnett stresses. Just watch him closely. If he moves farther along the riverbottom or into another draw, you can just reposition and put on another drive. “As long as the buck isn’t sprinting for the next county, he’ll bed up again close enough that you can stay on him and eventually get him tagged.”