Everything You Need to Know About the National Deer Alliance

The new National Deer Alliance promises to give whitetail, muley, and blacktail hunters the voice they never had 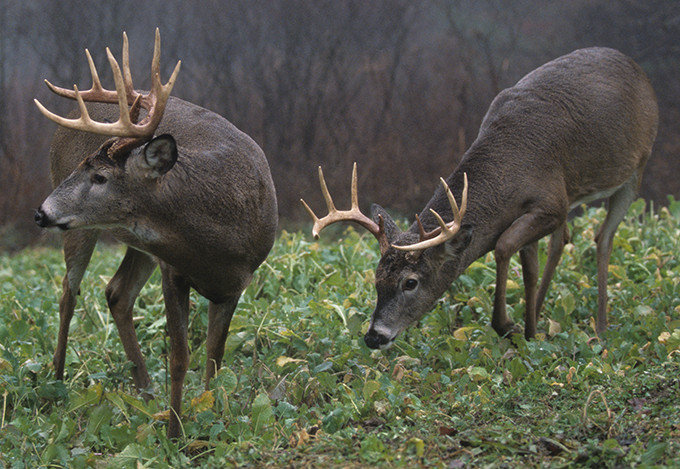 The newly formed National Deer Alliance (NDA) wants to do for deer hunters what the NRA does for gun owners, says executive director Craig Dougherty. “We will provide the strong, cohesive voice needed to have the greatest positive impact on deer policy in North America.”

Sounds great. But there’s something the NRA has that no deer group has ever dreamed of: millions of members. A mere 1 percent of the country’s 11 million deer hunters are currently active in any deer-specific group. “That’s not nearly enough to have the policy-making leverage deer hunters deserve,” Dougherty says. So while the NDA has a list of specific objectives, its main goal, and greatest challenge, is to get big.

Why Now?
The idea for the alliance was spawned at the Quality Deer Management Association’s inaugural Whitetail Summit this past March, which I attended and where two themes immediately dominated: First, the whitetail boom is over. A combination of aggressive herd management and disease, including two consecutive summers of devastating EHD outbreaks, has cut harvests by half since the mid 1990s in some of the country’s top states. Second, hunters must have a larger role in policy making. QDMA’s CEO Brian Murphy and Outdoor Life editor-in-chief Andrew McKean, in particular, stood up and called for a new advocacy group to represent deer of all species and deer hunters of all stripes, on a national level. Four months later, the NDA was formed.

What is the NDA?
Though conceived at the QDMA conference, the NDA is not, as some hunters fear, the same group in a different suit of camo. Whereas the 60,000-member QDMA focuses on individual private-land management and has proved divisive (deservedly or not), the NDA hopes to influence policy on a much broader scale through consensus. “Our focus will be to unite hunters behind common causes, such as improving habitat and battling diseases,” Dougherty says. “We want to frame a conversation that reduces discord and works toward sensible solutions, so that when local antihunters circulate a petition to stop a special archery season or a farm bureau pushes too hard for herd reductions, deer hunters can stand together with a single, forceful voice.”

Three of the group’s stated goals, for example, are to provide funding for additional research into deer diseases and the impact of predators, to support programs that improve communication between hunters and state agencies, and to lobby policy makers on behalf of deer hunters. “We pay for deer management,” Dougherty says, “and yet hunters are often outmaneuvered by better-funded, more organized interests. We deserve not just a seat at the table but a prominent position.”

Who’s behind them?
The freshly minted group has already gained widespread support within the hunting industry, including from Bass Pro Shops and Cabela’s. The QDMA, Whitetails Unlimited, and the Mule Deer Foundation immediately came together behind it. “The current whitetail situation closely mirrors what’s happened to mule deer,” says Miles Moretti, director of the 40,000-member MDF. “Muleys boomed in the ’60s and ’70s, but the last 20 to 30 years have been a continual struggle. I constantly need to remind state agencies that more people hunt deer than any other species, and that those license dollars drive the agency budgets. We joined the NDA to further broadcast that message.”

The Archery Trade Association recently donated $100,000 in start-up funds. “I’m thrilled to see the NDA form, and I am shocked that something like this has taken so long,” says Jay McAninch, the association’s president and a former state-agency biologist and researcher. “The many interest groups that weigh in on deer management have often worked at cross-purposes or, at best, communicated poorly. We see this as an opportunity to come to a reasonable consensus about deer management problems on a broad, national scale.”

Why Should You Join?
It’s simple, really. Deer will be managed either by deer hunters or despite them, and the best way for us to exert our influence is to pull together. The NDA is built to make that easy. “The old system of banquets, membership magazines, and fund-raising events doesn’t fit the lifestyles of many modern hunters,” Dougherty says. Instead, the NDA is a cyber-based group that will use the Internet and social media to gain, engage, and quickly mobilize members.

Next spring, the group will also host the first ever North American Deer Summit, May 6–8 in Louisville, Ky. “We’re hoping for a huge turnout to identify critical issues and focus areas,” says Dougherty. Meanwhile, you can sign up at national​deer​­alliance.com and take weekly surveys to help the group establish formal positions and decide how to best effect positive change. Membership is free, so there are no barriers to participation—and no reason the NDA can’t get as big as it needs to be.