How to Hunt Early-Season Turkeys in Any Weather

Three strategies for early-season gobblers, no matter the weather 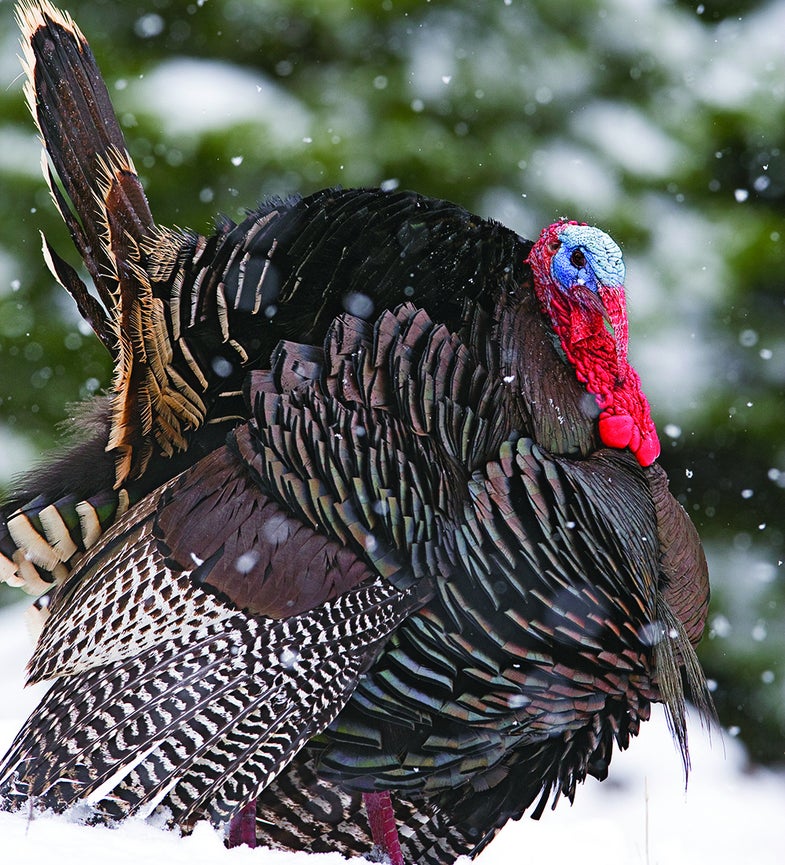 Be it March, April, or May, the first few weeks of turkey season can range from shivering to short-sleeve weather, or anything in between. Because nothing has a bigger effect on spring turkey behavior than Mother Nature, it’s vital to know how to score no matter what she serves up.

Bird Behavior: Turkeys will be flocked up, usually near a high-calorie food source, such as a grainfield or oak ridge. Expect birds to roost on slopes or in shelterbelts out of the wind.

Your Play: Pattern the flock so you know where they roost and feed. At dawn, set up on a travel route between the roost and the closest food source. Coax the flock into range with aggressive yelping and multiple decoys. If things get really tough, bust the flock by running at them. Set up at the site of the scatter, then use assembly yelps and kee kees to bring them back in.

Weather Pattern: Unseasonably warm temperatures one day that plunge toward freezing the next. Wind speed and direction changing by the hour.

Bird Behavior: Breeding will begin in fits and starts. Mature gobblers will get most of the action, making for lots of fired-up 2-year-olds.

Your Play: On nice days, set up on the bird that’s gobbling the hardest on the limb and work him with aggressive hen yelping. When the action slows at midmorning, run-and-gun with a single hen decoy. When the weather stinks, stake a blind at the best food source in the morning and call aggressively, as above. In the afternoon, move your blind close to the roost site with multiple decoys nearby.

Weather Pattern: Sunny and calm, with warm days and mild nights. You feel guilty hunting when you should be mowing the lawn.

Bird Behavior: Breeding is in full swing, with most gobbling dying off at fly-down as hens match up with toms.

Your Play: Patterning and scouting again becomes critical, but now you’re zeroing in on a specific gobbler. Get tight to his roost and coax him in with soft yelping. If the dawn setup doesn’t pan out, head for one of your bird’s strut zones or a hen feeding area and stake out a half-strut jake decoy paired with a hen. If you’re on private land, play on your gobbler’s dominance by combining hen yelping with jake gobbles.