If you simply walk up to a sporting clays station and call “pull,” you’re already one step behind. By employing... 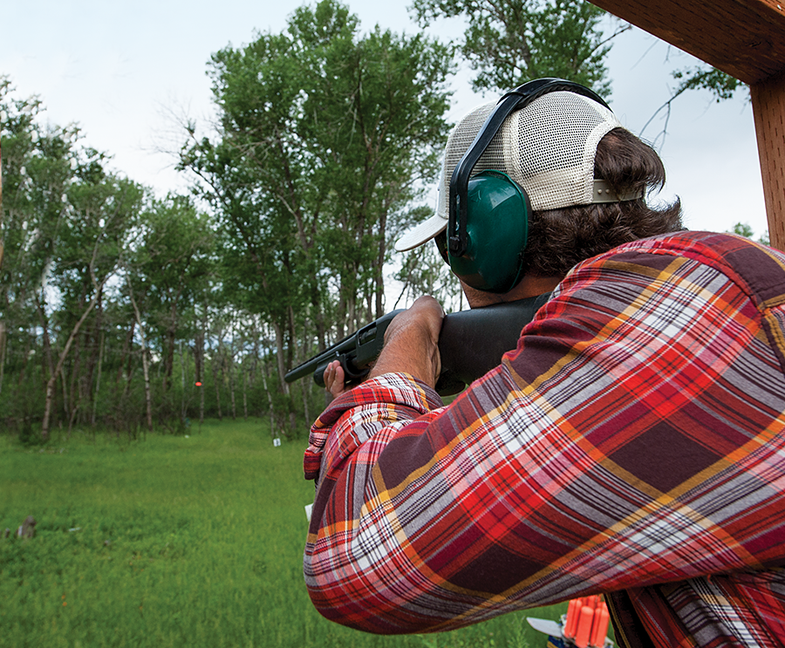 If you simply walk up to a sporting clays station and call “pull,” you’re already one step behind. By employing a consistent, detailed routine that starts before a target ever flies, you’ll bust more birds, whether it’s in competition or at the ham shoot at your hunting club. Here’s what to do.

1. Point Taken
Many shooters, especially those new to sporting clays, get confused about where to point the muzzle when calling for a target. The first thing you should do on the station is ask to see a trial target. At first, the clay appears as a blur, but your eyes quickly focus on the bird and it suddenly becomes clear. That focal transition point should be where you point the shotgun when you’re calling for a target.

2. Mind Games
With your hold point set, take your cheek off the stock and turn your head and eyes halfway back to the trap. Call for another target to shoot. Find the bird with your eyes before beginning your gun swing. Concentrate on the leading edge of the target. Confidence is the key, so be determined to make the shot, not just take it. The latter tells your mind you might miss; the former suggests you’ll connect.

3. Ten-Second Rule
Chris Wilkoski of the U.S.A. Junior National Shooting Team told me that if you look down for any reason on the firing line—say to load your shotgun—it will take at least 10 seconds for your eyes to fully refocus downrange. So learn to load your shotgun by feel, or if you do look down inadvertently, once you raise your head again, slowly count to 10 before calling for a target. That will give your eyes time to readjust.

Tip Of The (Snap) Cap
Use dummy rounds for more than dry-firing.

Loading Curve
For new shooters, the mechanics of loading a firearm and working the action can be daunting. Use snap caps to work through the steps before fumbling with live rounds in the field.

Flinch Test
When target shooting, have a buddy load one snap cap into the magazine with your live ammo. When the firing pin falls on the dummy round, you’ll know immediately just how badly you flinch.

Action Check
If you’re thinking about purchasing a used long gun, work snap caps through the action to make sure that they feed properly and the
ejectors are in good shape.