Can I keep my spinning rod -- and my job? 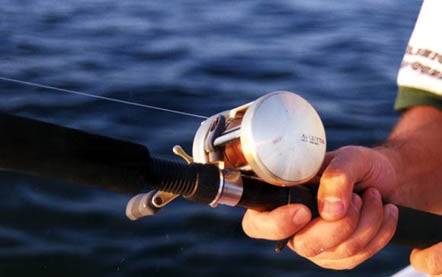 Recently, the editor-in-chief of this magazine, Sid Evans, invited me to chase tarpon and snook with him in Florida. I accepted enthusiastically and began sweating like a low-level mafioso asked to go for a boat ride. Possible reasons for the summons include the following: (1) He has just read one of my expense reports a little too closely, (2) David E. Petzal is again lobbying for me to cover carp noodling in North Korea, or worst of all, (3) he expects me to flyfish. In which case I am toast. On the off chance that years of neglect have improved my casting skills, I get out my fly rod, set up in the backyard, and begin hitting myself in the forehead with a weighted nymph.

It’s not that I don’t know how to flyfish. In just 25 years, I have gone from raw beginner to advanced beginner. But here’s the thing: I have almost always felt like a hypocrite with a fly rod in hand, as if I were trying to impress somebody watching from the bushes. And I’ve always despised the snobbery of so many flyfishermen. Plus, I stink at it.

I can hear you long-rod boys getting your backs up already. “We’re not better, just different,” you huff. “After all, what really matters is having a good time.” Translation: “Our idea of entertainment is Shakespeare, and yours is the back of a Froot Loops box. But the important thing is that we both love to read.”

My idea of fun is catching fish. Tons of them if possible. I love the tug and the way all three of us-the fish, the line, and I-become electrically connected for a few moments. I can count on zero fingers the number of times I’ve gone to bed thinking,_ Damn, that would have been a pretty good day if I hadn’t caught so many fish._ But you can’t tell a flyfisherman that. He’ll give you some mumbo jumbo about “loving the process,” spit white wine in your eye, and run you over with his Saab.

Despair over the outing with Sid drives me to set up a casting lesson with flyfishing legend Lefty Kreh a couple of days before the trip. Nervous as a fat hog in December, I call that morning to confirm the appointment.

“What time did I tell you?” Lefty asks.

“Hell, I’m 80 years old,” he cackles. “I don’t even remember why I just came upstairs.” Put a fly rod in Lefty’s hands, however, and he remembers everything. We get right to it, casting on a pond near his house. “Forget all that crap about the clockface,” he tells me. “It’s not where you start or end, but what direction the rod tip is traveling when you stop that determines where your cast will go. And it sure ain’t about power. I can throw a line 100 feet into the wind with two fingers.” Holding the rod between his thumb and first finger, he does exactly that. It’s like having Harry Houdini tell you how easy it is to pick locks with your toes or Dan Marino explain that any newborn could throw a perfect spiral 70 yards.

[NEXT “Story Continued…”] In spite of myself, I begin to make progress. “That’s it,” says Lefty. “Firm wrist. And forget that b.s. about holding the elbow in tight. It can move all you want as long as you keep it on the same level. Imagine your elbow sliding along a shelf. Yeah!” For a few minutes there, I actually believe I can pull it off. In the Everglades three days later, I am offered a chance to take the bow platform and cast a big fly tight into the mangroves for snook. I confess to not being a great fly caster.

After watching me for a few minutes, our guide quietly begins to assemble some spinning tackle and hands the long rod to Sid. I am delighted to report that he is not the world’s most stylish caster, but he does possess an annoying knack of getting the fly to land where he wants it to go. Possibly it is just afraid of becoming unemployed otherwise. Anyway, it wasn’t long before he had a good snook on. And a minute later, I had one, too.

That night over dinner, the guidee announced that he’d had a cancellation the next day and that he and his brother would be going out to smack a few snook themselves.

“Hell, no,” he retorted, taking a long pull on his beer. “Not when I’m trying to get one for the grill.” Long story short, my editor doesn’t care about my flyfishing skills, and I still have a job. At least until he invites me to go skeet shooting with him. >