It's time to move this sport into the 21st century. 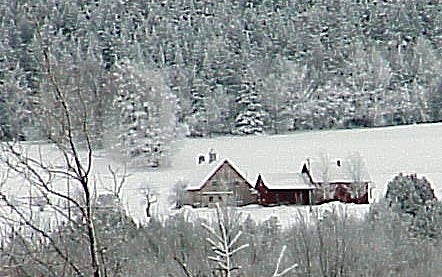 The time has come to admit that traditional hunting no longer fits the lifestyle of the modern recreator. Why? First, because it occurs outdoors. No place is more subject to rapid and uncomfortable changes in temperature. Nor are you more likely to encounter so many snakes, ticks, or harmful bacteria anywhere else.

Second-a major inconvenience-you are not the one who determines when you hunt. A bunch of illiterate quadrupeds are in charge of scheduling. So you rise in the middle of the night, put on badly tailored orange clothing, and head out. Then, just to make it really fun, you hike until you’re hypothermic (elk), squint through powerful optics until you have a headache (mule deer), or sit motionless in a tree stand until a brown recluse spider builds a web in your ear (whitetails). And while you sit there like some fluorescent Buddha-unable even to scratch your butt, much less use your cellphone-your wallet is very active. It is hemorrhaging money, gushing an endless stream of cash for gear, licenses, leases, vehicles, and the beer you require to numb the pain after you have finished for the day and have nothing to show for it.

To sum up traditional hunting: tedium, discomfort, and the loss of disposable income. If this is really what you’re after, try matrimony. But we live in an age of miracles. The technology and entertainment industries have come to our rescue with a new and better way to hunt. All a person needs is a personal computer: Fire it up, slap in a disc, and go virtual huntin’.

The preview opens with pristine mountains, a tranquil lake, and, in the distance, a monumental brown bear gorging on blueberries. Up comes the pounding rock music that hunting has lacked until now, and the screen turns into crosshairs. Then comes the crack of a rifle and-whoa!-suddenly you’re riding the bullet cam, the landscape streaking by before the round slams into the shoulder of the grizzly. The bear drops like a cement truck. Sweet. Heart shot! reads the screen as celebratory fireworks explode. The game takes a photo of the hunter and bear. Then it drags the already taxidermied animal to a pedestal in the trophy room of a log cabin. Awesome.

[NEXT “Now it’s my turn…”] Now it’s my turn. So many choices. I select elk from the game-animal menu, and Montana for a location. But first, a quick stop by the weapons locker for, oh, maybe a .338 Winchester Mag. Sure, it’s a lot of gun. But virtual recoil is real easy on the shoulder. I take a moment to familiarize myself with the controls. I particularly like the “strafe left” and “strafe right” functions. And there are three gauges at the bottom of the screen, indicating my strength, level of fitness, and¿¿¿what looks like oil pressure. Whatever. I’m not a detail guy.

The computer loads the geometry, geography, and artificial intelligence-very cutting edge. Next thing I know, I’m at the little hunting shack in Montana I will never own. There is an ATV idling a few feet away. I hop on and roar away. But I keep hitting rocks and trees. Then I fall off, sustain a broken arm, and have to start over. This time I hike to the top of a small mountain and do some glassing. There’s lots of nice scenery but no elk. Then I accidentally right-click the mouse and discharge my weapon. The game voice says, “I don’t think so.” Even sarcasm is built in.

On the third try I discover a really cool thing: When I hit a river, I do a breaststroke right through it and don’t even get wet. But then the opposite bank is so steep I can’t climb out. I flail around for a while until I drown, sinking slowly into the murky blue depths. Bummer. Back to start.

Okay, no more ATV, no more swimming. Now I hunt smart. I walk for about six days and finally see a herd of elk in the distance. There is a bull with antlers the size of telephone poles. I drop to a prone position and am sneaking into range when a tremor in my finger accidenntally clicks the mouse and I blow off my virtual kneecap. My oil pressure drops to nothing, my computer emits a warning that does not sound like part of the game, and the screen turns bright blue. Then an error message appears: _This program has performed an illegal operation and cannot be restarted. _

Defeated, I glance outside. The scenery is all incredibly realistic: the yellow leaves, the cracked bark on the trees, the soft whoosh of the wind. Suddenly, an electrical impulse runs through my cranial hardware: I could actually try hunting outdoors. The idea is so far outside the box that some might call it crazy. But like many gamers, I’m a wild man at heart.