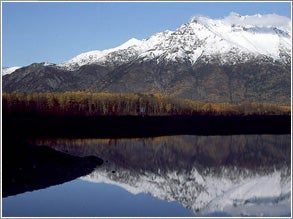 A Colorado judge ruled with an iron fist last Thursday, when he sentenced a poacher to time in jail and more than $25,000 in fines.

Joshua Eli Lloyd was charged with illegally shooting a bighorn ram last March. He was arrested by wildlife officials who received a tip from a fisherman, the Aspen Times reported. The officers set up a surveillance operation and caught Lloyd when he attempted to retrieve the bighorn’s head from the location discovered by the fisherman.

Last week the poacher was sentenced to 120 days in jail, 45 hours of community service, and ordered to pay $2,500 for willful destruction of wildlife and illegal possession of wildlife. Lloyd also paid a $25,000 surcharge for violating a state law that punishes poachers for taking trophy-sized wildlife. Lloyd’s future in hunting may be in jeopardy as well as he could lose his hunting privileges in Colorado and 18 other states.

Colorado district wildlife manager Sonia Marzec expressed satisfaction with the message the judge’s ruling will send to other poachers but said the community will be hurt by the killing of the ram. “The loss of such an animal is not only unfortunate for the people of Colorado,” she told the Times. “But it’s a loss for the tourists who travel through the Glenwood Canyon and observe the majestic bighorns that make the canyon their home.”