New Predator in the Mississippi

Invasive fish has scientist worried about the future of shellfish populations 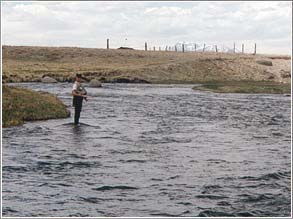 Last month, a man fishing the Mississippi River north of St. Louis landed the third black carp caught from the river system in the past year. Considered an invasive species, the black carp could potentially ruin endangered snail and mussel populations, the Associated Press reported.

Originally from Asia, black carp were introduced to waters in states like Arkansas and Mississippi where it was hoped that they would eat snails harboring parasites that infected catfish. The carp, which often live for more than 15 years, are now one of three Asian carp species present in the Mississippi River.

Fisheries scientists are not overly concerned with black carp reproduction. The fish are bred to be sterile, so those that escape into rivers are not likely to reproduce. “When I hear of three or four black carp being caught, it doesn’t indicate a problem to me,” Ted McNulty, vice president for aquaculture at the Arkansas Development and Finance Authority, told the AP. Biologists were unable to confirm whether or not the most recently caught black carp was sterile since verification relies on a blood sample from a live or freshly killed fish.

But the discovery of last month’s carp worries some scientists who believe that the fish swam upriver, passing through at least two locks and dams. The fact that the fish was able to travel upstream suggests that black carp could possibly reach the northern areas of the Mississippi, which is one of a few refuges for endangered mussels. “The mussels have a hard enough time making it on their own right now,” Ron Benjamin of the Wisconsin Department of Natural Resources told the AP. “They don’t need an extra predator out there working them over.”