New study finds that as much as 94 percent of red snapper sold in the U.S. could be mislabeled 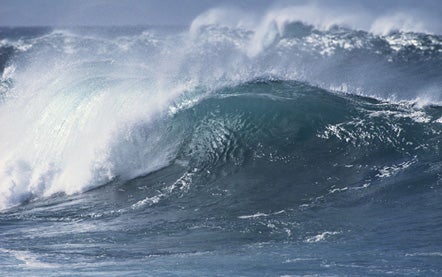 The next time a hankering for red snapper strikes, your best bet might be to go out the ocean and catch it yourself, because at the fish market you won’t always get what you pay for, according to a study released last week.

Scientists at the University of North Carolina at Chapel Hill concluded that more than 75 percent of fish tested and sold as red snapper in stores in eight states were other species. Peter B. Marko, an assistant professor of marine sciences at UNC, said it is unknown whether or the mislabeling was accidental or fraudulent. “Red snapper is the most sought-after snapper species and has the highest prices, and many people, including me, believe it tastes the best,” Marko said in a statement. “Mislabeling to this extent not only defrauds consumers, but also risks affecting estimates of stock size for this species.”

Red snapper are most abundant in offshore waters around coral reefs and are one of the most profitable fish species in the Gulf of Mexico with more total caught than any other snapper species, according the study. In 1996, the Gulf of Mexico Fishery Management Council and the U.S. Department of Commerce believed that red snapper were overfished and imposed strict catching regulations to restore the stock of the species.

Those federal regulations, which placed an economic burden on fishermen, were most likely one of the contributing factors that has led to the seafood substitution, where less valuable fish are caught and sold under the name of more expensive fish.

The UNC team analyzed 22 fish bought from nine vendors along the east coast and in the Midwest. Their research showed that 17 of the red snapper samples–77 percent–were other species. “Our work has a margin of error of 17 percent,” Marko said. “Between 60 and 94 percent of fish sold as red snapper in the U.S. are mislabeled.”

If you’re shopping for red snapper, www.simplyseafood.com has this advice to help you get what you pay for: Look for fish with clear, red eyes. The skin is brilliant red on the back, fading to a pinkish silver on the belly. Fillets are sold skin-on. Don’t pay top price for skinless red snapper fillets. While they may indeed be from a flavorful fish in the same family, chances are they will not be deserving of the extra expense. The season is year-round, so very little of the commercially harvested fish is frozen.